"Expelled Because of Color" Historical Marker and Sculpture

Dedicated in February 1978, the "Expelled Because of Color" historical marker and statue is dedicated to thirty-three African American legislators who were elected by the people of Georgia in 1868. Each of these men faced armed white mobs and were refused their seats and expelled from the Georgia state legislator by the previous and all-white state legislature. However, in 1870 and with the support of the U.S. Army, the election results of 1868 were upheld. The election of 1868 was the first to occur under the terms of the 14th Amendment which guaranteed suffrage to black men. Between 1868 and the mid-1870s, black men voted and won elections throughout Georgia and other Southern states. By the mid-1870s, however, armed white supremacists used violence and fraud to deny the vote to African Americans and the rest of the nation responded by withdrawing the U.S. Army and considering the experiment of interracial democracy a failure until the modern Civil Rights Movement. A dedication panel was presented to the State of Georgia by African American members of the Georgia General Assembly who served between 1963 and 1978. The historical marker and statue symbolizes black political awareness from "the black Georgian's struggle from the slave ship to the Senate House." 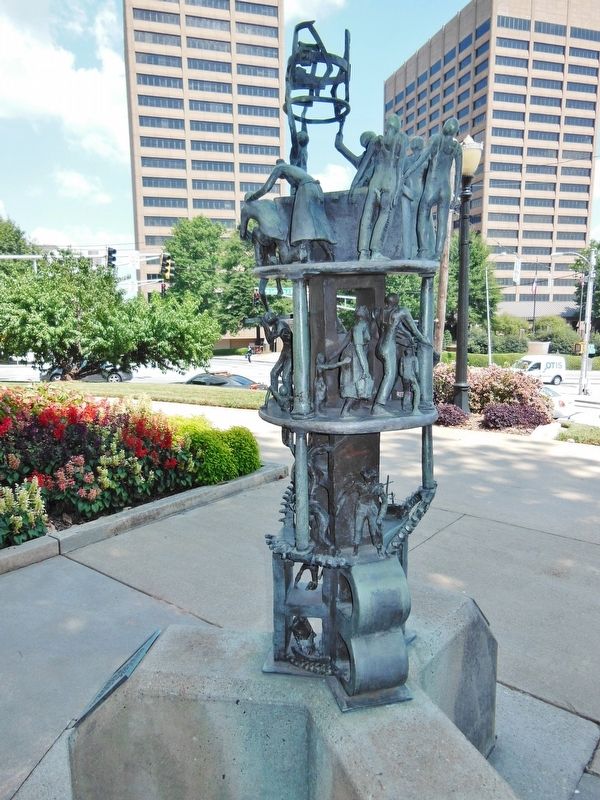 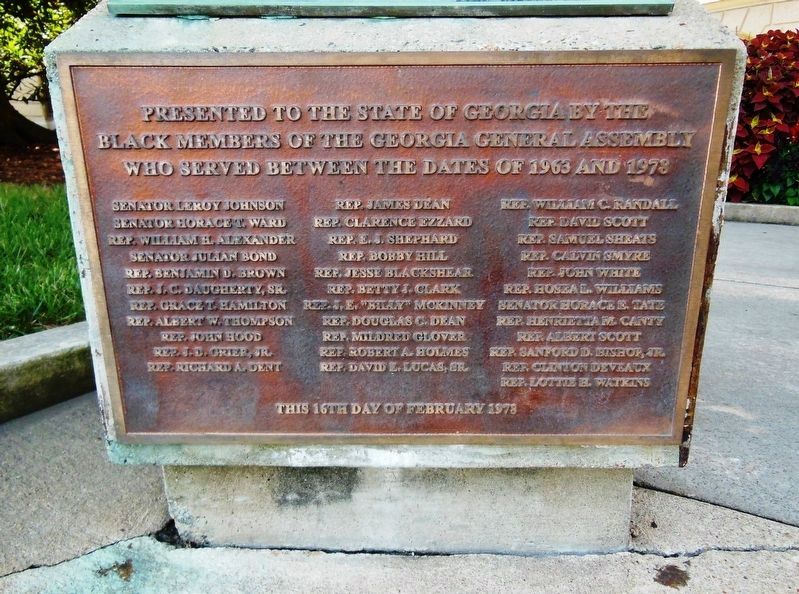 Photograph of the historical marker. 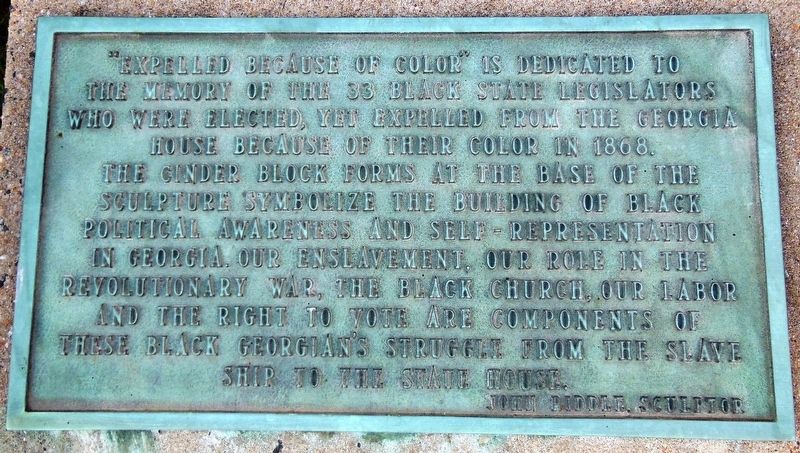 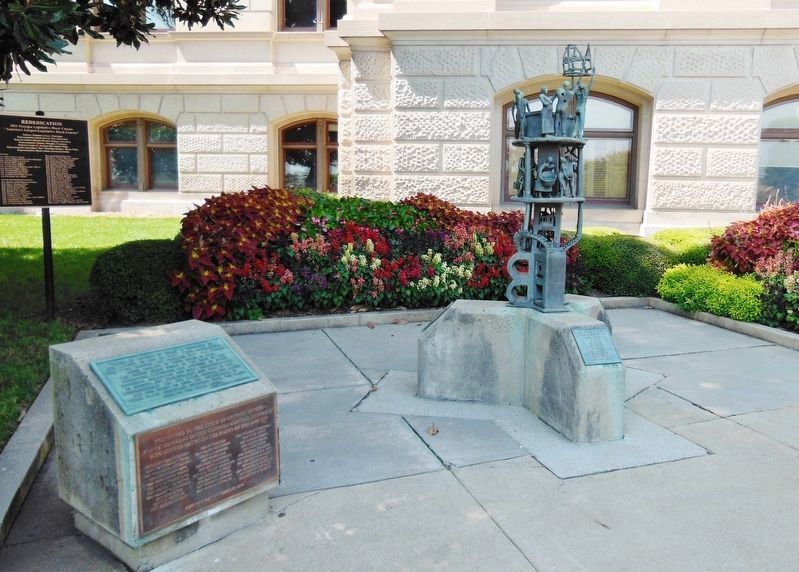 The "Expelled Because of Color" historical marker and statue is dedicated to the 33 African American state legislators who were elected and then forced to leave the Georgia House in 1868 because they were African American. There is also a dedication panel that was presented to the State of Georgia by the African American members of the Georgia General Assembly who served between 1963 and 1978. It was dedicated on February 16, 1978. The sculpture that accompanies the historical marker and dedication panel was created by John Riddle. Riddle said that the cinder block base symbolizes the building of black political awareness. Enslavement, role in the Revolutionary War, the black church, labor, and the right to vote are also components of "the black Georgian's struggle from the slave ship to the State House."1

After African Americans were removed from office, Democrats gained control of the House. Republicans kept control of the Senate but sided with Democrats on issues surrounding race. In November 1868, Democrats run on a platform of white supremacy, which increased violence around Georgia. The Democrats used terror and intimidation, as well as the Ku Klux Klan. Georgia, in response, was placed under military supervision, and Congress did not seat Georgian representatives. African American legislators continued to lobby the federal government to reseat the legislators. The federal government ordered the Georgian government to restore the African American legislators' seats. It was not until 1870 that the seats were restored. Twenty-two Democrats who held public office before the war and were military officers under the Confederacy were disqualified. This meant that control of the House returned to Republicans.

Thanks to federal intervention and the presence of the U.S. Army during this phase of Reconstruction, the legally-elected African American representatives eventually had their seats restored. It is worth noting that a significant number of African Americans also won local elections throughout the South from the late 1860s to the early 1870s until white supremacists once again secured political control during the final years of Reconstruction.