With the intention of building the first hospital in Tacoma, Washington, Fannie C. Paddock and her family moved to Tacoma from New York. Paddock died from typhoid-pneumonia on the journey, but exactly a year after death, her husband Bishop John A. Paddock, dedicated the Fannie C. Paddock Hospital in her honor. This historical marker next to the Old Town Musical Society Building shares her story. 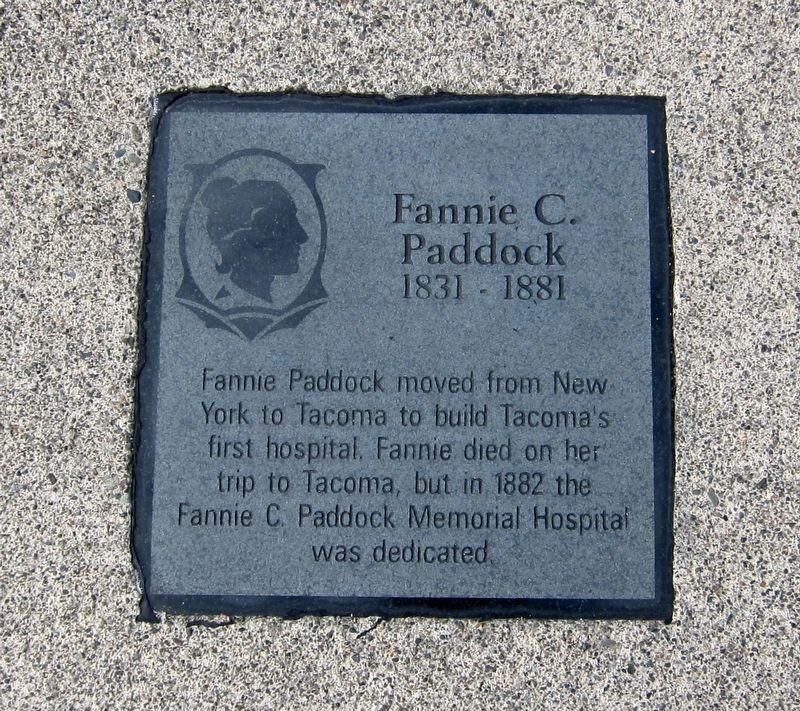 The marker is visible here, mounted in the sidewalk outside of the Old Town Musical Society Building. 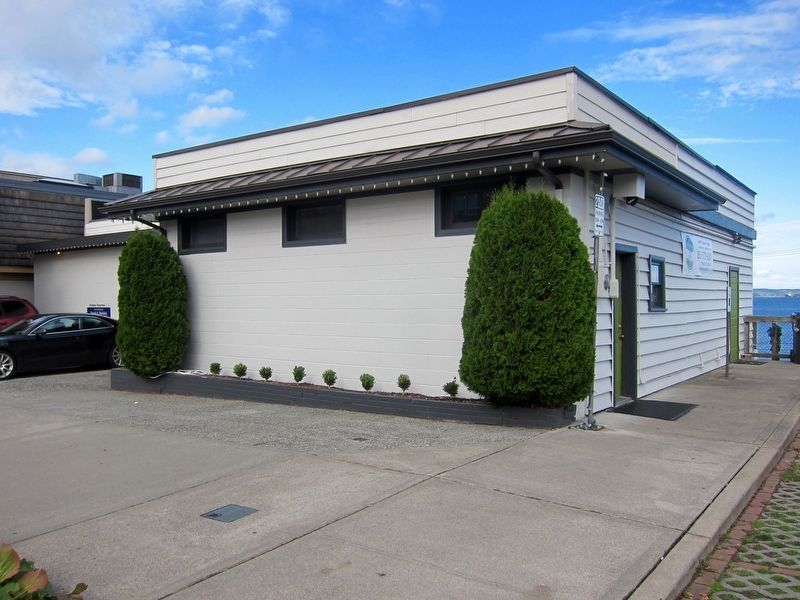 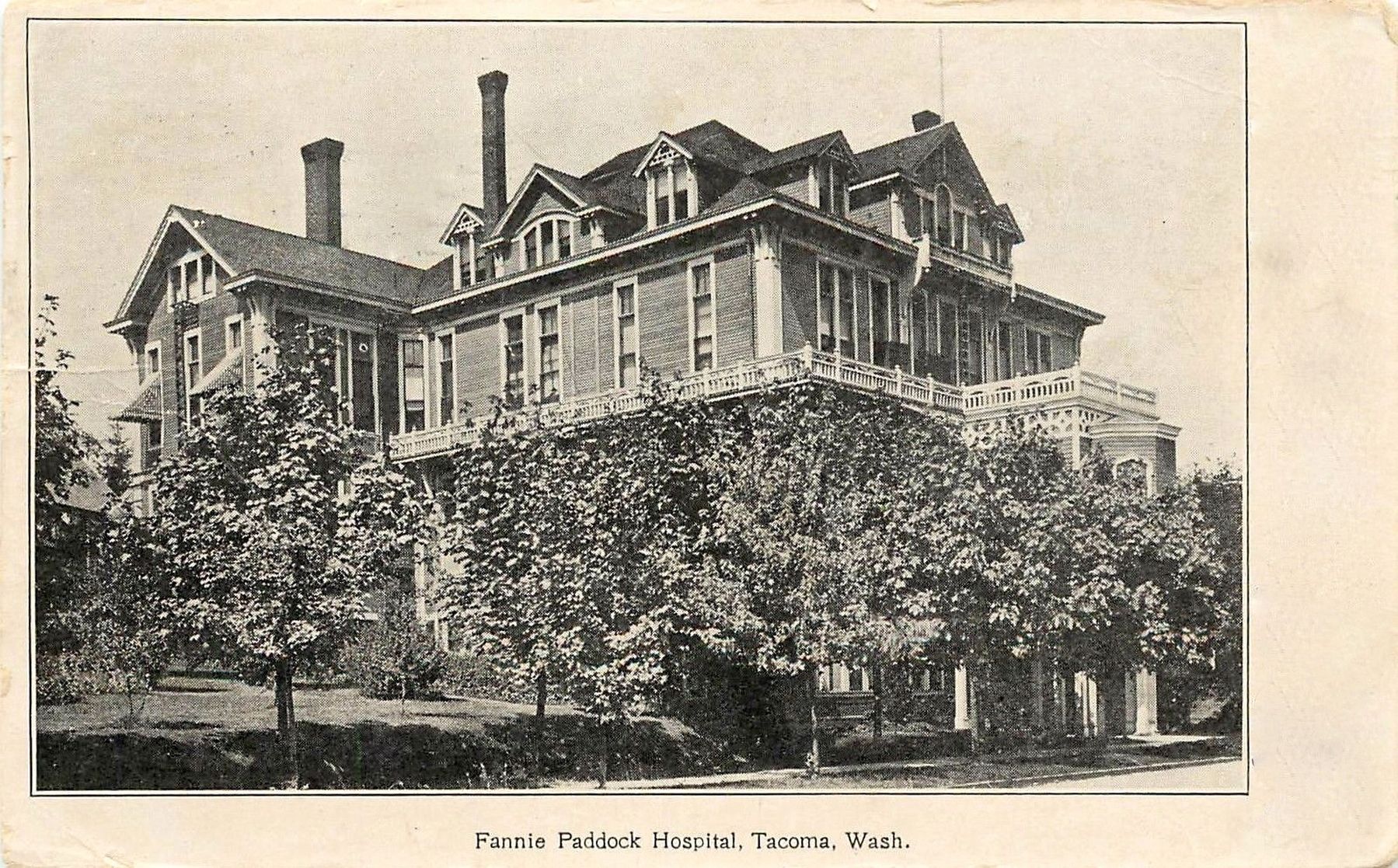 Fannie C. Paddock Memorial Hospital's first graduating class of nurses and other nursing students and staff in front of the hospital, 1897. 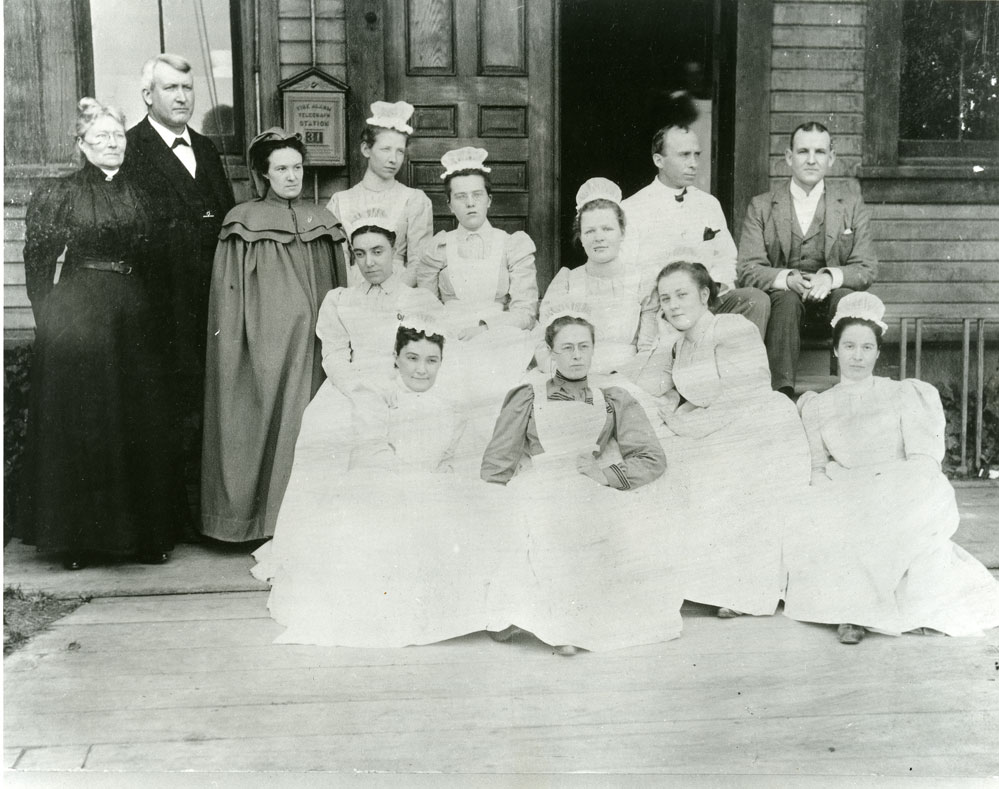 Frances Chester Fanning "Fannie" Paddock (1831-1881) moved from New York to Tacoma in 1881 with the intention of building the city's first hospital. She died during her to trip to Tacoma after catching a cold that reportedly was contracted while she was on a platform waiting for the Union Pacific train. Eventually, her cold turned into typhoid-pneumonia and she died in Portland and was buried in the Tacoma Cemetery.

Exactly a year later in 1882, Paddock's husband, Bishop John A. Paddock, dedicated the Fannie C. Paddock Memorial Hospital in honor of his late wife. The hospital was located at 2511 N. Starr St. in Tacoma. As the population grew, the hospital moved to 312 S. J Street and was located on a plot of land that was donated by the Tacoma Land Co. In 1895 the hospital created the first nursing school in Washington and graduated its first class of nurses two years later. In 1912, the Fannie C. Paddock Hospital changed its name to the Tacoma General Hospital.

Hunt, Herbert. Tacoma: Its History and Its Builders; a Half Century of Activity. Volume 1. Chicago, IL. S.J. Clarke Publishing Company, 1916.

Image courtesy of Andrew Ruppenstein at the Historical Marker Database.

Image courtesy of Andrew Ruppenstein at the Historical Marker Database.