Opened in 1901 as the Eastern Maine Insane Asylum, this health care center is now named in honor of one Maine native Dorothea Dix, one of the most influential 19th-century advocates for the care of the mentally ill. The hospital overlooks the city of Bangor and the Penobscot River. In its early years, the hospital staff used many different methods of treatment for patients, including experimental methods that reflected the turn-of-the-century ideas about the potential of electricity and medicine to cure disease. The hospital's early methods also reflected ideas about labor as a source of rehabilitation. By the 1920s and 1930s, reformers who carried on Dix's work in bringing attention to the need for more attention to the care of the mentally ill challenged these practices. At its peak, the hospital served nearly 1,200 patients. Today, the Dorothea Dix Psychiatric Center seeks to utilize only proven methods while continuing the optimism that typified the Progressive Movement's belief that science can be a force for good as they use the latest medical knowledge to care for patients. 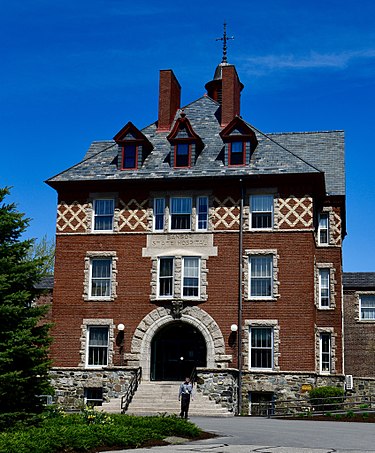 Maine native Dorothea Lynde Dix was one of the most influential voices for the humane treatment of the mentally ill in the 19th century. While traveling in Europe, she met activists and reformers who wanted to help the mentally ill. Dix traveled around the United States, Canada, and Europe to obtain funding for institutions for the mentally ill. Her work changed American perception about the mentally ill, and Dix continued to fight for additional rights for the insane, even when she was sick herself. Dix checked herself into a hospital and continued to work form there until her death in July of 1887.

In less than a week in 1901, 145 patients were transferred from the Maine insane Hospital in Augusta, Maine. The hospital was self-sufficient because patients worked fields, raised livestock, and supervised the laundry room, sewing room, and kitchen as part of their treatment. This practice was stopped in 1973, however, when courts ruled that public institutions could not make patients work without being paid. There were other types of treatments as well. In the early 1900s, there was "family-style" care before hydrotherapy and electric therapy became popular in the 1930s. If a patient was thought to be incurable, there was little treatment until new medication was created in the 1950s.

The Dorothea Dix Psychiatric Center saw its highest patient population in 1970 with 1,200 patients. In the same decade, the hospital began to downsize and reached 470 patients in 1974. In the 1980s, there was about 300 patients.

Today, the Dorothea Dix Psychiatric Center operates under the Department of Health and Human Services and has 51 beds to help people with mental illness.

Barnaba, Thomas. In Spite of . . . Everything: A Young Lady’S Guide to Those Who Came Before. Bloomington, IN. AuthorHouse, 2018.

Image courtesy of the Maine Department of Health and Human Services.