Now home to the Shreveport Regional Arts Council, the former Central Fire Station is one of the many architecturally significant buildings in downtown Shreveport. Built in 1922, it was designed by Clarence W. King in the Beaux-Arts and Italian Renaissance styles. It features a number of decorative elements including roof resembling those found on Italian Renaissance palaces; bas relief panels depicting urns, griffins, and shields; several cartouches; large recessed windows and doors; and owl sculptures on the roof at each corner. Next to the building stands a five-story tall hose-drying tower, which was also built in 1922, and a large dalmatian dog sculpture.

Built in 1922, the former Central Fire Station is now home to the Shreveport Regional Arts Council. 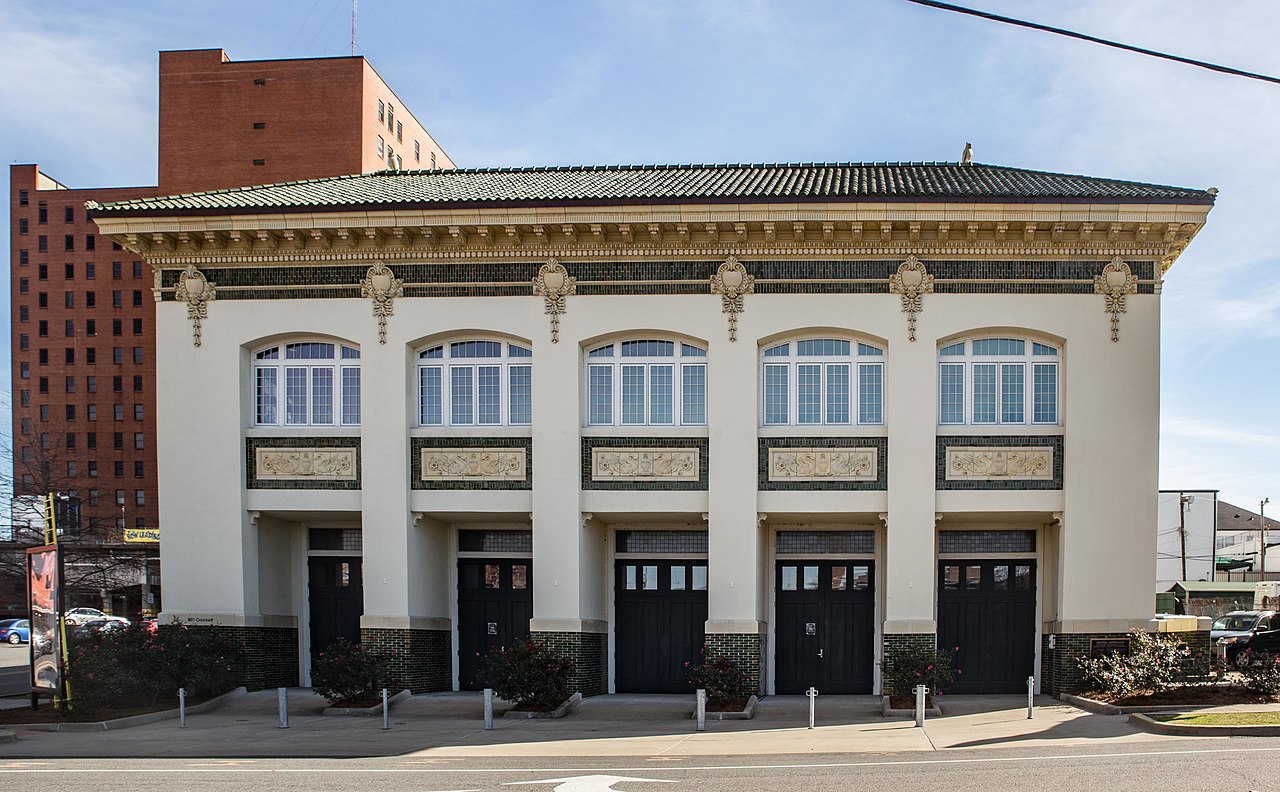 In addition to its architecture, Central Fire Station also is significant for its association with the city's fire fighting history. Like other young communities, the first fire fighting organization, called Germainia, was a volunteer fire company established in 1849. Other volunteer companies were formed in the coming years and they gradually acquired larger water pumpers. Large underground water reservoirs were also built and some of these apparently still exist. Finally, in 1891, the city assumed control of the volunteer companies and officially established the fire department, hiring its first fire fighters.

The department grew and the city built Central Fire Station in 1922. A few years later in 1925, the city saw its worst fire in its history when a house fire spread over nine city blocks, destroying 194 houses. Fortunately, no on died. Eventually, the fire company moved to a new building. It is not readily apparent what happened next but it has been remodeled to meet the needs of the Shreveport Regional Arts Council.