Introduction to the Raphael by Pamela McClain

Constructed in 1923 by Kansas City developer J. C. Nichols as the Villa Serena Apartments, this historic Kansas City building has been home to the Raphael Hotel since 1975. The building's architecture was designed in the Spanish Renaissance style of architecture to complement the adjacent Country Club Plaza and was inspired by the fine apartment buildings adjacent to Central Park in New York. The Villa Serena was acquired by the J.C. Nichols Company in 1974 and opened as a European-style boutique hotel the following year. Highlights of the hotel include the ornate lobby with two eighteen-torch chandeliers and the courtyard featuring a white marble statue by Italian artist Bernard Zuckerman. The Raphael is a member of Historic Hotels of America and has received recognition for its preservation efforts by the National Trust for Historic Preservation. 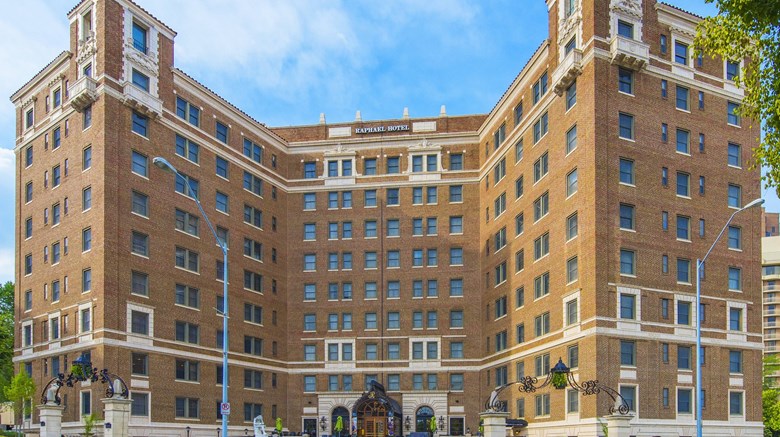 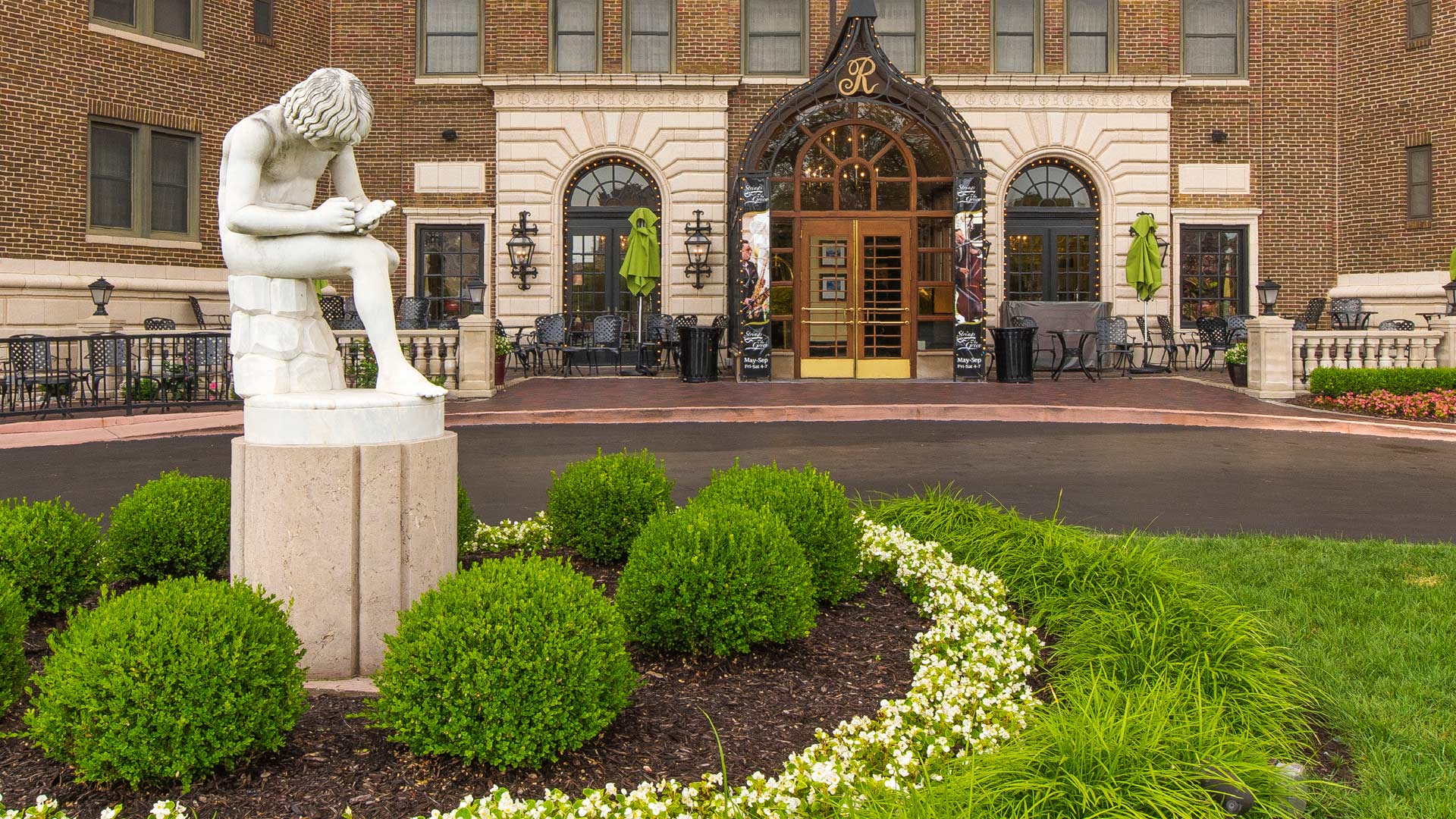 The hotel lobby features twin chandeliers and an oak-paneled ceiling 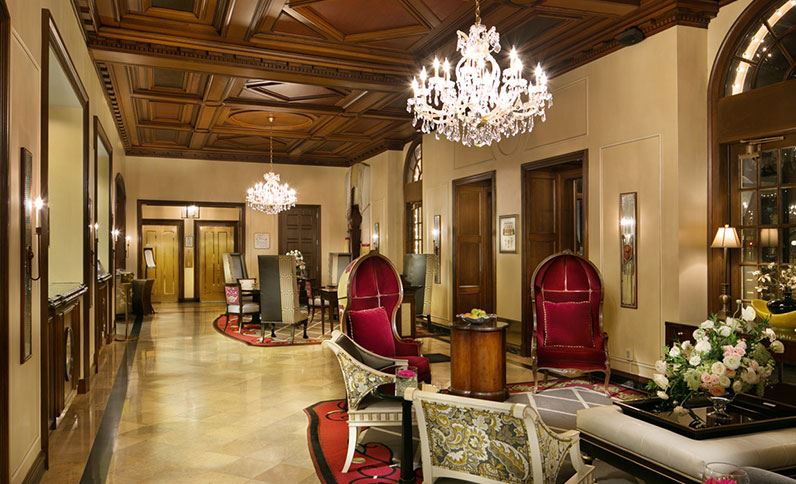 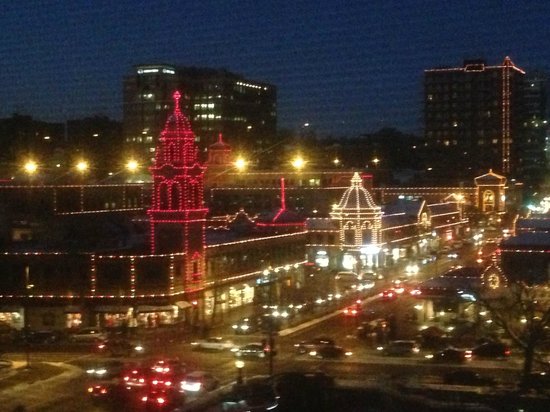 Interview of Pamela McClain by Dr. David Trowbridge, the founder of Clio

This historic Kansas City structure was built within the former Loma Linda subdivision which was built as the city expanded and previously home to a rock quarry and brick year. In 1919, Sunset Hill Gardens opened for business at this location and the former flower shop was later moved to 4901 Glendale Road where it now serves as a private residence. As this area became home to the Country Club Plaza, developer J.C. Nichols saw the potential of this area overlooking the Plaza to offer luxury apartments that would resemble those next to desirable areas of other major cities. Inspired by the luxury apartments overlooking New York City's Central Park, the McCanles Construction Company built the Villa Serra Apartments in a style that complimented the Plaza's architecture in consultation with Nichols. The nine-floor structure utilized a mirrored design with the building consisting of two identical sections divided by an eight-foot concrete wall.

The Villa Serra Apartments featured modern fire-resistant construction methods using thick brick walls that also reduced the cost of utilities and limited noise for residents. These features, along with the prime location on Ward Parkway were featured in the first advertisements for the Villa Serra Apartment Hotel in the summer of 1928. Rates ranged from $70 per month for a "bachelor suite" to three-bedroom and two-bath units for $200 per month, and all units included laundry service and maid service as well as utilities. The building was also home to a beauty salon in a space that is now home to the hotel's Chaz Restaurant. In addition to affluent residents of the city, tenants included TWA who utilized an apartment for pilots and flight attendants in an era when the city's main airport was closer to the city center.

In 1974, the J. C. Nichols Company purchased the building and began a 180-day renovation process to prepare the structure for conversion to a luxury hotel. The hotel opened on September 8, 1975. Maxine Hill, the first manager of the hotel, had previously worked as a teacher before becoming a travel agent and spending three years working at the neighboring Alameda Plaza Hotel, now the InterContinental Kansas City. Famous guests who have stayed at the Raphael include Marvin Gaye, Steve Martin, Barbara Walters, Walter Cronkite, Frank Zappa, and George McGovern.

The hotel is best known for its Spanish Renaissance architecture and its twin watch towers above the guest rooms on the hotel's highest levels which offer some of the best views of the Country Club Plaza, especially during the holidays. The hotel is also known for its ornate lobby featuring an oak-paneled ceiling and twin eighteen-torch chandeliers. In its early years, the lobby walls were adorned with salmon-colored velvet that required weekly vacuuming. The hotel patio has been home to a hand-carved marble replica of "The Boy With the Thorn" since 1976 when it arrived from Italy. The hotel is listed on the National Register of Historic Places and is part of the Historic Hotels of America program.

Interview of Pamela McCain by David Trowbridge at recorded the Raphael Hotel, December 30, 2019.

Pamela McClain, "The Evolution of the Raphael Hotel," Copy of this hotel employee resource provided to the author, Dr. David Trowbridge, December 29, 2019.

The Country Club Plaza: A Journey Through Time

This comprehensive tour takes users on a journey to a variety of notable sites and landmarks around Kansas City's renowned Country Club Plaza. Developed by J.C. Nichols in the early 1920s, the Plaza was the nation's first planned suburban shopping district with the automobile in mind. It features wide streets, welcoming sidewalks, and lots of [free] parking. The Plaza was originally the site of a swamp and rock quarry but has become known as the heart of Kansas City. It was designed using Spanish-influenced architecture and features a variety of artwork, including statues, fountains, and mosaic tiles, around every corner, in alleyways, and tucked into the beautiful landscape. Known as the City of Fountains, Kansas City contains over 200 private and publicly owned fountains, and is believed to have more than any other city other than Rome. Some of the most iconic and historical Kansas City fountains are located here at the Country Club Plaza. If time does not permit to explore this extended tour, a shorter, more concise tour named “The Heart of the Country Club Plaza” is also available.