Strategic Air & Space Museum first opened in 1959 to commemorate the Strategic Air Command-the Major Command Unit of the US Air Force responsible for maintaining nuclear readiness during the Cold War. The facility includes static displays of aircraft and missiles, as well as 300,000 square feet of exhibits, facilities for preservation and restoration of historic aircraft, and classroom space. Displays of historic aircraft and spacecraft remain the central attraction of the museum, but the museum also has historical exhibits that relate the larger history of World War II, the Holocaust, the Korean and Vietnam Wars, and the global Cold War. 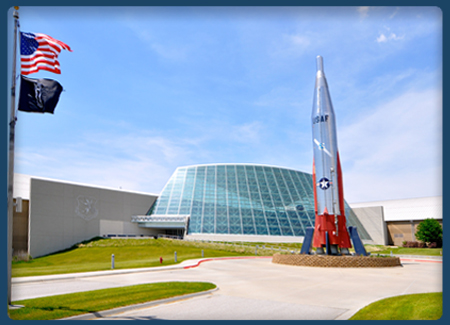 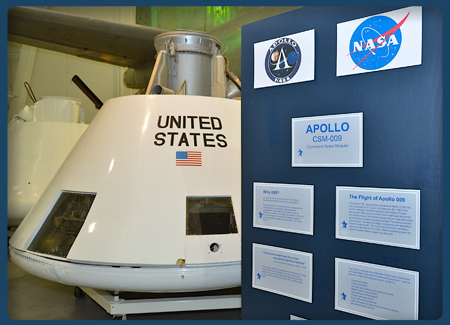 The museum's location near Omaha is appropriate as Offutt Air Force Base was the headquarters of the Strategic Air Command. Offutt was also the home base for aircraft, pilots, and ground support that kept squadrons of bombers armed with nuclear bombs in the skies at all times in hopes of deterring the Soviet Union. During the Cold War, US military officials believed that the best way to prevent a nuclear attack was to maintain hundreds of nuclear-armed ships, submarines, and missile silos.

As part of this mission, Offutt directed flights of nuclear-armed aircraft around the globe during every single day of the Cold War. Even if the an aggressor succeeded in launching an all-out attack on the US, it was believed, it would be impossible to destroy all of the squadrons of bombers and refuelling planes. So long as the US maintained this readiness, it was believed that neither the Soviet Union nor any other nation would attack the US because it would lead to mutually-assured destruction. Although the Cold War is over and Offutt's mission has changed, Offutt remains the headquarters of Air Combat Command and U.S. Strategic Command.

The museum has recently established a partnership with the University of Nebraska at Omaha’s Office of STEM (Science, Technology, Engineering, and Mathematics) Education to provide educational opportunities for students and adults.