Built just before the turn of the twentieth century, this marble-fronted mansion is a monument to the Gilded Age and growing wealth of Midtown Manhattan at that time. The building was designed and built for William Stokes in 1898, a businessman who achieved great wealth from his family's coal business and from the profits he earned by investing that wealth in New York real estate and other investments. The following year, the mansion was purchased by U.S. Steel co-founder, William Moore and his wife Ada, who lived in the home until her death in 1955. In the second half of the 20th century, the home served as office space with tenants that include businesses and philanthropic organizations, including the America-Israel Cultural Foundation. 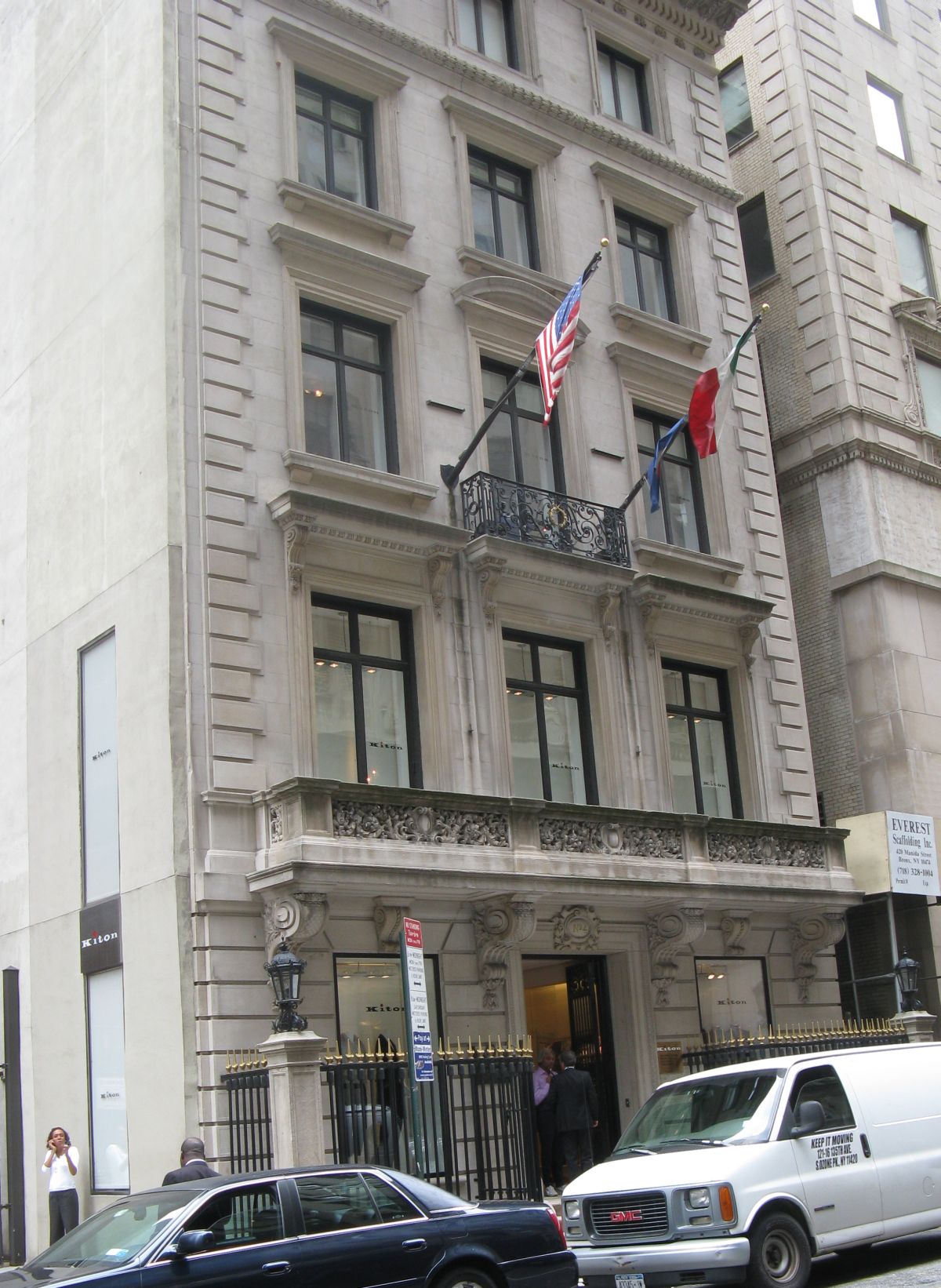 The lavish mansion arose at a time when many of New York's social elite moved away from the commercial development dominating the southern part of Manhattan. William Stokes, a member of a prominent coal family, had the home built and then quickly sold it to William H. Moore, a Chicago mogul who helped found U.S. Steel and several other notable businesses. As such, the home stands as a monument to the Gilded Age and to New York's developing social elite around its famous 5th Avenue.

The genesis of the William H Moore mansion lies in the story of a romance between the forty-three-year-old eccentric millionaire William Earle Dodge Stokes and the nineteen-year-old Rita Acosta. Stokes inherited an immense mining fortune, but he more well-known for his is real estate development in New York City. After the two hosted a lavish wedding in 1895, hosted by nearly 1,000 of New York's most elite residents, William sought to build a new home for his bride. So, in 1898, Stokes commissioned McKim, Mead, and White to design the new house. The firm created an elegant, marble-fronted, highly ornate Italian Renaissance-style, five-story townhouse befitting the type of architecture found on 5th Avenue,

However, just as the house neared completion, the couple separated (and later divorced). Stokes sold the elegant mansion to Chicago mogul, William H. Moore on December 14, 1899, for $325,000. The abundantly wealthy Moore, a poster-child for the Gilded Age, founded U.S. Steel, the American Can Company, and what would become Nabisco, not to mention several railroads and banks.

The Moores played an active role in the local social scene. Mrs. Moore, who filled the house with Asian antiques, hosted several extravagant parties for New York's social elite, including many exceptional figures within the world of opera.

William Moore died in 1923, and Ada remained in the house until her death in 1955. Afterward, the home was used by a series of commercial and philanthropic tenants, including the America-Israel Cultural Foundation. The owners and tenants preserved the original interior and 1986 the firm of Breger Terjesen Bermel funded a renovation project of the mansion. When Banco Di Napoli purchased the estate from the government of Indonesia for nearly $13 million in the 1990s, the original stained glass, the five-story winding marble staircase, the inlaid floors, and the ceiling details remained intact and the building today looks much the same as it did when William and Ada Moore first moved into the home in 1899. As a result, the building stands as a reminder of the great fortunes that were acquired during the Gilded Age and the large number of wealthy families that lived around 5th Avenue at that time.