What do Charles Lindbergh, Howard Hughes, and the Beatles have in common? They all spent time on the runways of Lunken Airport in Cincinnati, Ohio. Lindbergh landed at Lunken Airfield in 1927 as part of a cross country tour following his successful non-stop flight across the Atlantic. Hughes joined Jimmy Doolittle (a flight instructor who would go on to become a general in WWII) and the actress Jean Harlow to formally dedicate Lunken Airport in 1930. The Beatles arrived at Lunken in 1964 for their concert at Crosley Field – home to the Cincinnati Reds from 1912 to 1970 (Ballparks of Baseball 2019). Lunken Airport served as the main airport for the Cincinnati area from 1930 to 1947. 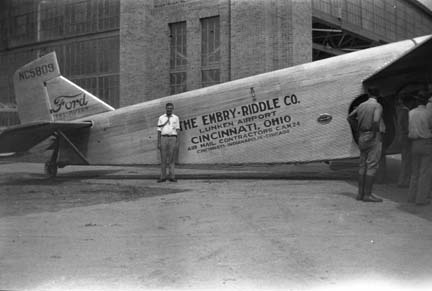 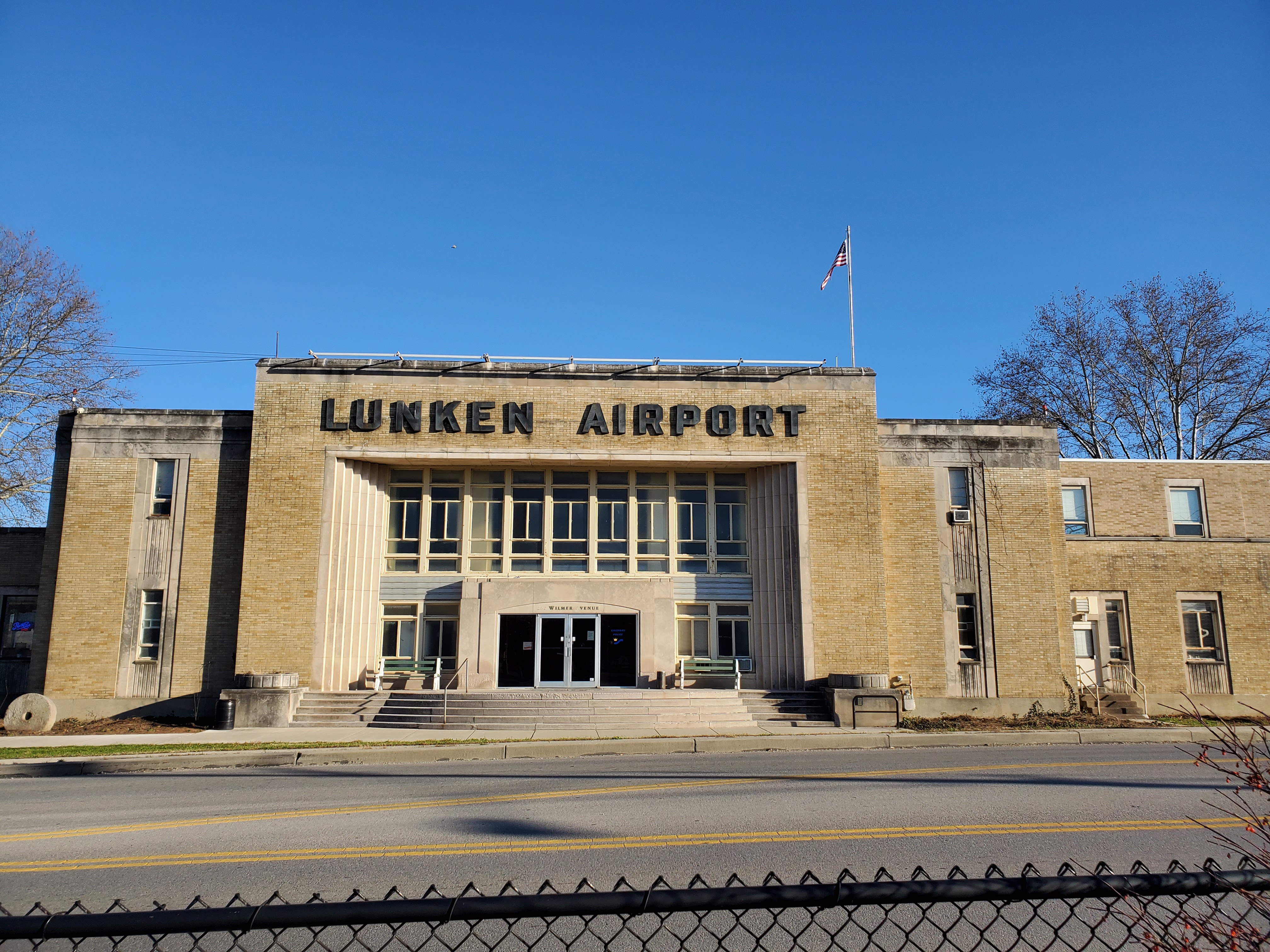 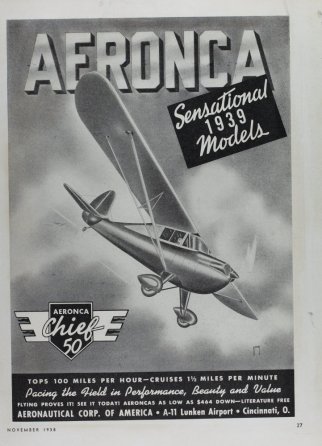 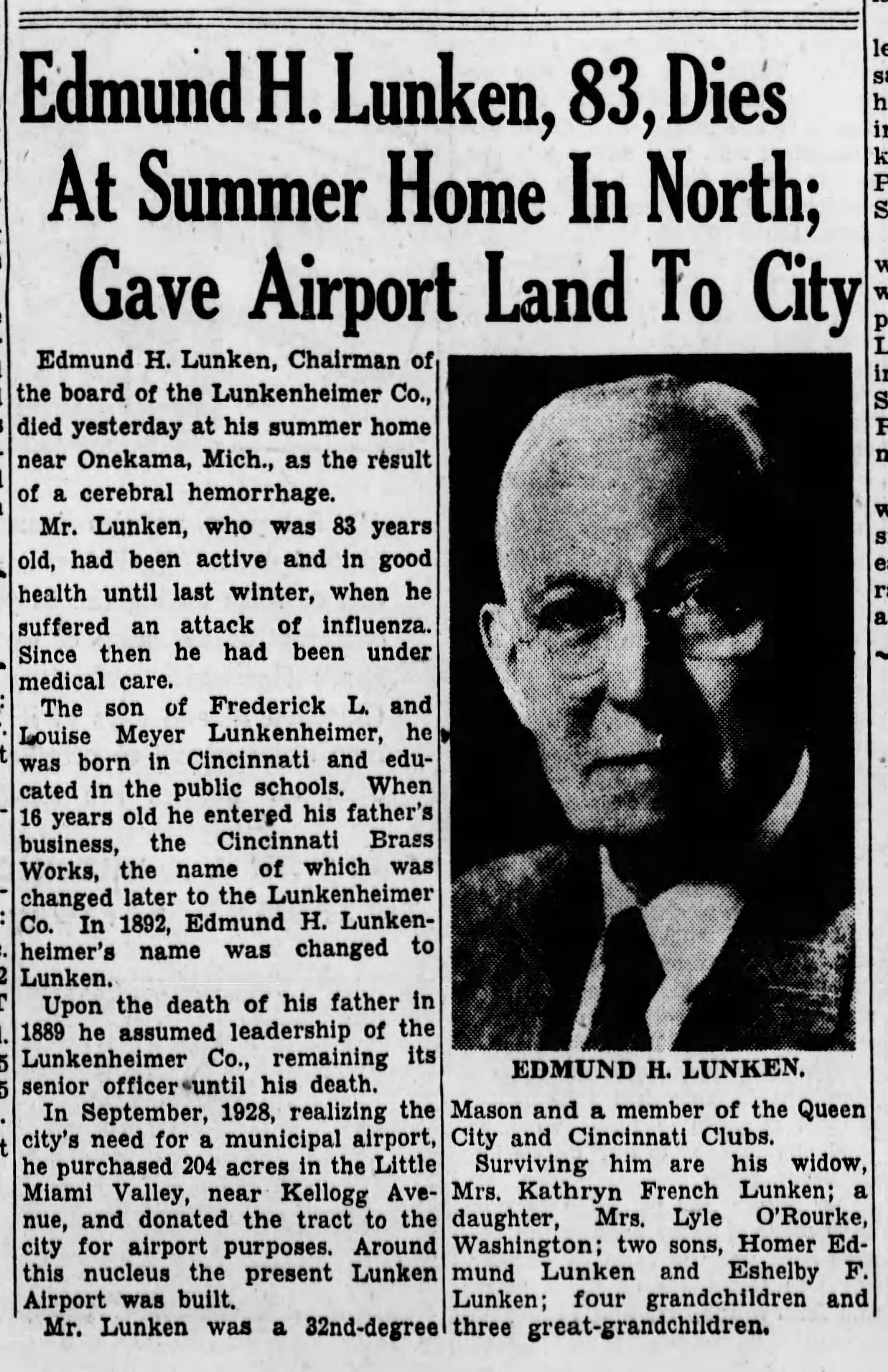 Lunken Airport is a small airfield where you can land a private plane, charter a flight, or take flying lessons. The modern Cincinnati/Northern Kentucky International Airport has long since become the region’s hub for commercial flights, but Lunken Airfield is where Cincinnati’s aviation industry was born.

The early decades of 20th century brought great technological changes to Cincinnati including safer drinking water systems which helped end cholera (Durfor and Becker 1962), widespread use of electricity (Duke Energy n.d.), and aviation (History.com 2009). Orville and Wilbur Wright grew up about an hour away in Dayton, Ohio where they developed and tested their flying machines before introducing them to the world. A decade later, World War I brought flying into the mainstream as countries gained tactical advantage through aerial warfare. An estimated 200,000 aircraft were produced by countries involved in the war and pilots were quickly recruited to fly them (Gray 2014).

As the war ended, surviving pilots (the RAF estimated 1 fatality for every 92 flying hours) made their way home (Gray 2014). Many gave up flying, but others sought ways to stay in the air. Dixie Davis was one of these pilots.

J. Dixon “Dixie” Davis joined the British Royal Flying Corps by signing up at a Chicago recruiting station when he was just 18-years old. The United States had not yet entered World War I, but England was recruiting the young and adventurous to serve in their new air force. Davis trained first in Toronto, then Texas before heading overseas at the end of 1917. He flew missions over London and France - searching for Zeppelins and conducting surveillance. After the war he returned to the United States determined to keep flying. He bought an old English model Arro plane and began a new career as a stunt pilot and flight instructor (Cincinnati Enquirer 1930).

After a few years of flying around the country, Davis started offering flying lessons in a flat area of Cincinnati known as Turkey Bottom in 1925. He established a permanent airfield and began recruiting pilots, engineers, and businesses involved in the new field of aviation. Embry-Riddle, Aeronca, and Metal Aircraft Company are just a few of the companies that began building aircraft at Lunken Airport. Sadly, Dixie Davis went bankrupt in 1929 and was killed in a plane crash a year later (Cincinnati Enquirer 1930).

The airport Davis started continued to grow and by 1930, was the largest municipal airport in the world. It took the name Lunken from the Lunken family who owned the Lunkenheimer Valve Company and had an interest in aviation. Eshelby Lunken founded the Aeronautical Corporation of America (Aeronca) at the field (Invention & Technology Magazine n.d.). His father Edmund H. Lunken gave land to the City of Cincinnati for the airport.

Today’s Lunken Airport is a picturesque airfield with an art deco terminal, a diner, and a small museum. Hangars and industrial buildings surround the field where small private planes and corporate jets take-off and land throughout the day.