The Seguine Mansion is a Greek Revival home on the south shore of Staten Island. Sometimes known as the Seguine-Burke Mansion, it was built by Joseph H. Sanguine in 1838 on land his grandfather had purchased in the 1780's. Joseph founded the Staten Island Railroad Company. A developer, George Burke, bought the house in 1981 and restored it; he donated it to the New York City Parks Department in 1989 but retains the right to live in the house. Friends of the Seguine Mansion may tour the home or tours may be arranged via their Facebook page. Scheduled tours of the mansion and gardens led by Urban Park Rangers are held in the spring, summer, and fall. The home was designated a New York City landmark in 1967 and was listed in the National Register in 1980. 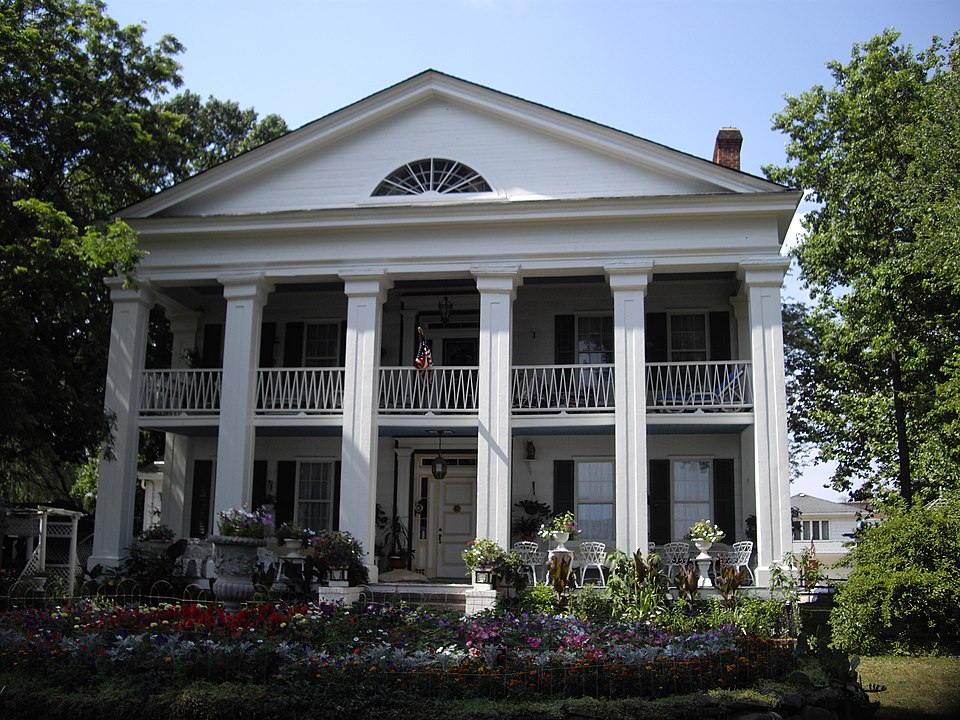 The grand front of the house features a six-columned portico facing the water. The house stayed in the family until 1868 but descendants re-purchased the home in 1916 with its remaining ten acres. The home may have been used as an inn in the late nineteenth century. After the 1950's the nearly-abandoned home suffered extensive damage from roof leaks or collapse.

Elizabeth "Bess" Seguine Aug held onto the home until 1981. A hand-picked buyer and acquaintance of Bess, George Burke, bought and restored the house over a five-year period, saving it from being divided into apartments. Burke has a background in interior design and spent a number of years in England where he developed an appreciation of historic homes and gardens and began collecting antiques. He enlisted friends with renovation skills to give the home the work it badly needed.

Burke established an equestrian center at the Seguine Mansion location. Burke found that the costs of upkeep were great and donated the property to the New York City Parks Department in 1989. The arrangement allows him to continue to reside in and keep up the home. While the Parks Department tends to the grounds Burke has planted thousands of flowers in the gardens. The Parks Department pays taxes and water bills and Burke pays the rest. The city operates the home as an historic house museum. Staten Island honored Burke's efforts by proclaiming George Burke Day and he's received awards from New York State and the Preservation League.

Burke throws several parties annually at the mansion. The White Garden Party, held in early spring, is an event where everyone wears all white. His Fall Country Barbecue and a formal Christmas gala are sought-after invites on the island. A number of peacocks roam the property, descended from a pair Burke got in Florida.

A local author published a coffee table book about the mansion in 2015 after five years of research and labor. Christina Mantz, a design consultant, wrote the book titled "The Seguine House: A Nineteenth-Century Working Estate in Twenty-First Century New York City." the full-color volume celebrates the beauty of the homes interior and exterior plus the gardens and stables. Book proceeds go towards the elderly Burke's efforts to preserve the mansion.

Friends of the Seguine Mansion may tour the home; their Facebook page or the mansion's website has information. Scheduled tours of the mansion and gardens led by Urban Park Rangers are held in the spring, summer, and fall.

The home was designated a New York City landmark in 1967 and was listed in the National Register in 1980. After Mr. Burke's death, the house will be managed by the Historic House Trust of New York City.

Scheduled tours several times per year and by appointment