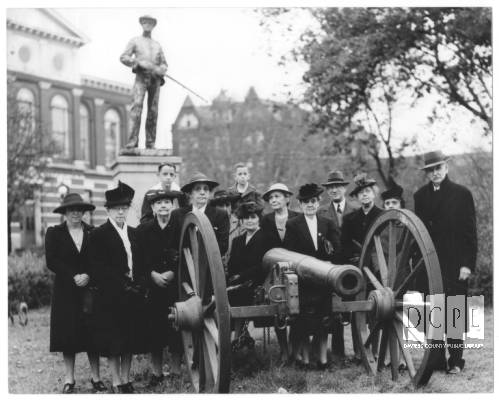 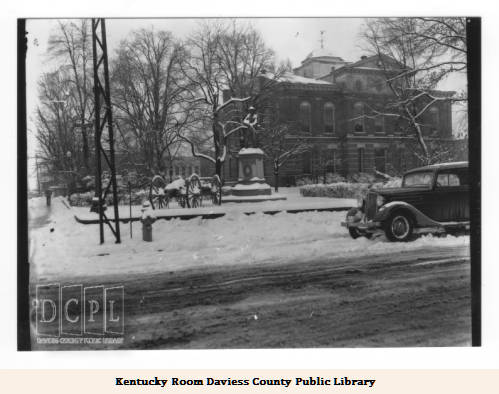 Historical marker beside the statue 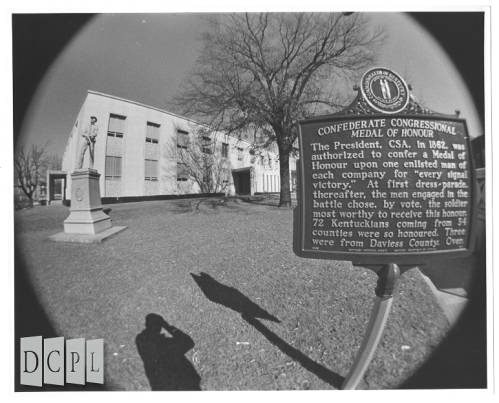 Confederate Monument in front of the Daviess County courthouse 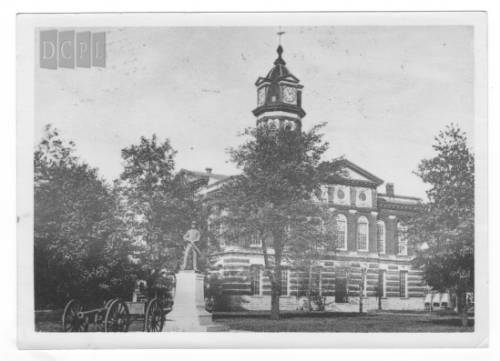 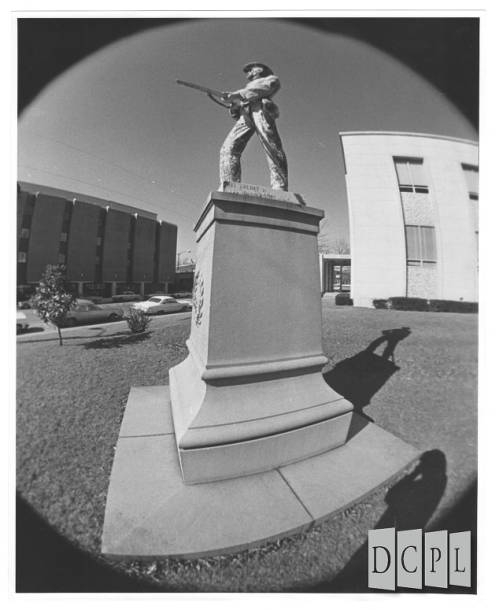 In 1899 the local chapter of the Daughters of the Confederacy, reacting to the success of recently unveiled monuments all over the south, contacted George Julian Zolnay to sculpt a monument to the Confederate dead in Owensboro. The monument committee which was composed of Miss Rosa Shelby Todd, Miss Bessie Long, and Mrs. J.W. Whitehead acted in connection with the Rice E. Graves Camp and the Daviess County Confederate Association. The funds for the erection of the monument were collected in small amounts over the course of seven years through various fundraising efforts. All in the hope to see "the emblem of love and veneration for their heroes perpetuated in a fitting monument." (Confederate Monument to be Erected...)

The Fiscal court of Daviess County granted the UDC a permit to erect the monument on the south west corner of the courthouse lawn.

The unveiling and dedication occurred on September 21, 1900. The day was chosen because it was the anniversary of the Battle of Chickamauga in 1863. Captain W.T. Ellis gave a speech at the unveiling and spoke to the meaning behind its placement. He said, "They have placed it here as a mute witness to remind all those who come after us, and who may pass this way, that while the Confederacy failed in the struggle to establish its independence, those who fought and died under its flag neither fought nor died in vain."

The newspapers put the attendance at the unveiling between 5000 to 7000 people. Services opened at 9 am with music by Ringgold's band of Terre Haute. The dedication platform was decorated with Confederate colors including the battle flag, review flag and official flag of the Confederacy. Ceremonies closed at 11 am.

A Civil War canon sat next to the monument until it was donated to the War scrap drive in 1942.

In 1950 it was discovered that a local man, James Gamble Stuart, served as the model for the bronze soldier when he was an understudy with Zolnay. Stuart agreed to keep his involvement a secret since he was a Republican.