This federal building served as Hyatttsville's main post office from 1935 to 1970. a time when the region experienced rapid growth that reflected the spread of suburban-home development. The relatively small post office stands as a reminder to a time when Hyattsville remained a rural location, dominated by either farms or undeveloped land. The mural found in the building depicts the countryside that existed at the time of the building's creation and was created by Eugene Kingman, a renowned artist known for his paintings of national parks. 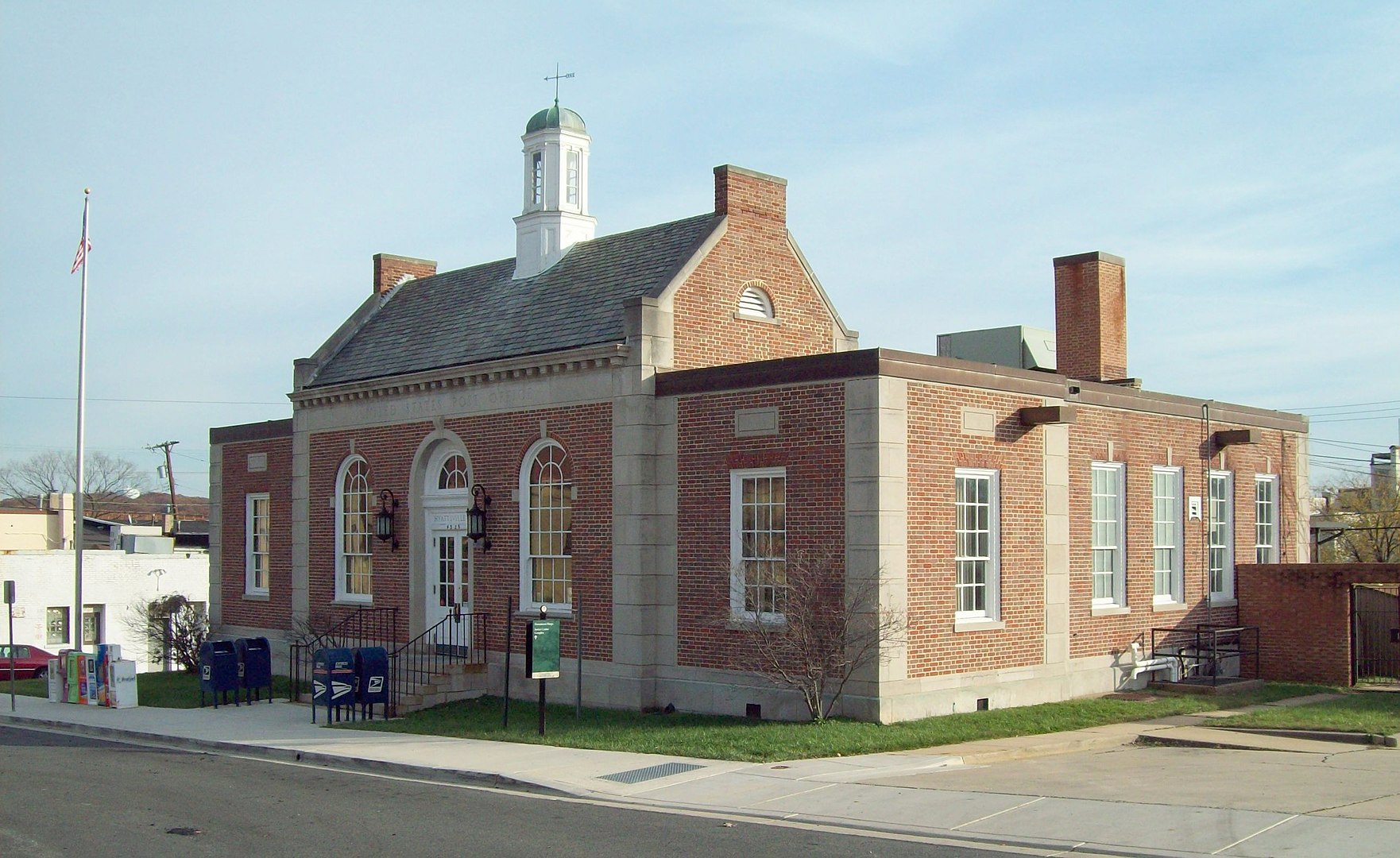 The Hyattsville Post Office (1935) stands as an excellent example of Colonial Revival architecture. The Hyattsville Post Office functioned as the center of mail distribution for the expanding southern portion of Prince George's County until a new county Postal Facility opened in 1970. The post-office operations provide a window into the broader, local history of a country that substantially grew while transitioning from a rural location bound by trains to a suburban community dominated by the automobile.

The growth in mail service reflects the changes seen in southern Prince George's County during the twentieth century, characterized by a transition from railways to automobiles and a concurrent transition from agricultural land-use to suburban development. During the early part of the century, much of the land remained undeveloped; real-estate investors viewed the area as highly valuable and home development emerged rapidly. Indeed, Prince George's County stood among some of the fastest-growing counties in the U.S. during the first decades after World War II.

The Hyattsville Post Office, the sixth one to serve the community at that time, enjoys characteristics the resemble many of Maryland's small post offices. Nonetheless, the building also includes the adaptation of Colonial revival features that make it unique. Unlike many post offices of this period with five continuous bays, the Hyattsville Post Office only has a three-bay facade which reflects the building's height.

Louis A. Simon, Supervising Architect of the Treasury, authorized the construction of the post office. However, the architectural quality of the Hyattsville Post Office may be attributed to Hyattsville resident Smith W. Purdum's position as Fourth Assistant Postmaster General in charge of the Division of Engineering and Research. He oversaw the building's construction, as well as the development of the countryside murals that were painted by Yale-educated artist Eugene Kingman in December 1937.

By Pubdog (talk) - Own work (Original text: I created this work entirely by myself.), Public Domain, https://commons.wikimedia.org/w/index.php?curid=6377254