A New York City landmark, the Brill Building occupies a significant place in music history. The building, which was completed in 1931, by Abraham Lefcourt. Lefcourt originally had plans for a much taller building, one that would rival the Chrysler Building and the Empire State Building. The final product reached only ten stories, but stands as a remarkable example of Art Deco architecture. Lefcourt eventually defaulted on his sublease, and the owners, the Brill brothers, took over the ground floor corner for their clothing business. By the 1940s, however, the building was filled with musicians, songwriters, and numerous music publishers and for many years, the Brill Building 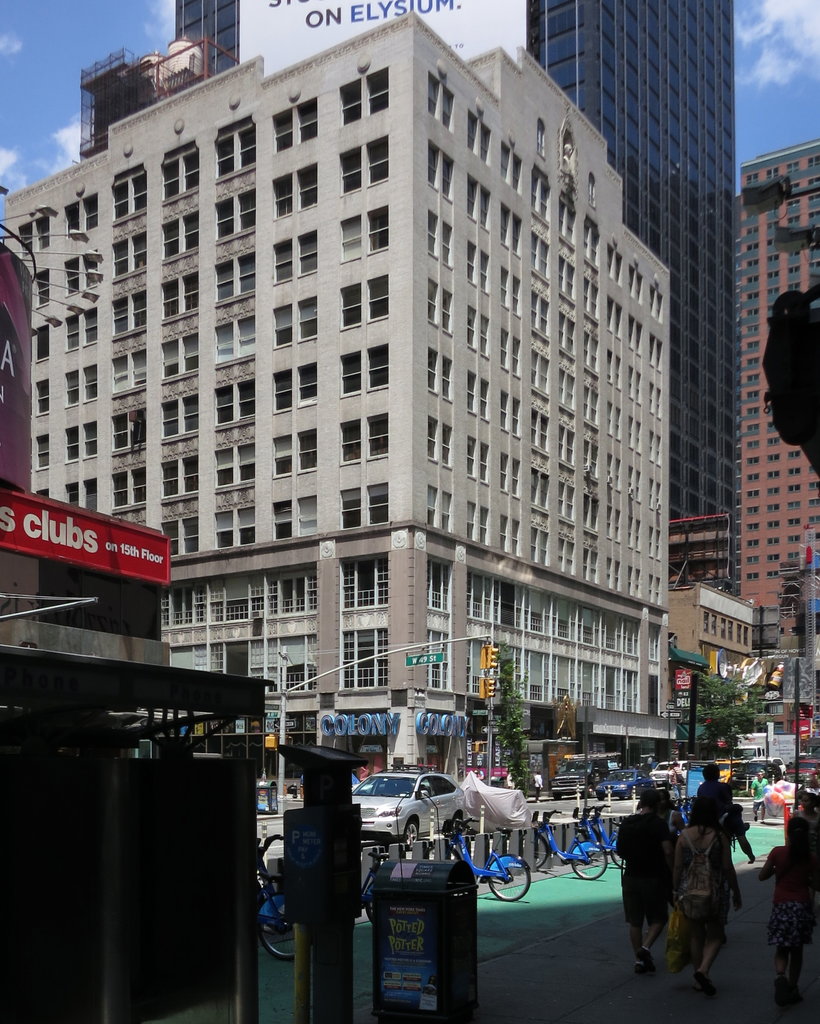 Close-up of bust of Alan Lefcourt 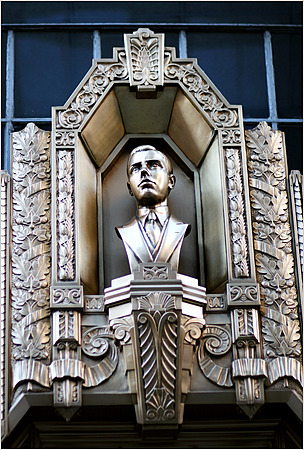 Far less famous than its contemporaries, the Chrysler Building and the Empire State Building, the Brill Building is nonetheless significant in the city's history, not only for its architectural style but also its contributions to the country's music. It was not the builder's intent, but the Brill Building became an epicenter of twentieth century songwriting.

The property on which the building sits was leased by the Brill Brothers, who owned a men's clothing store dating back to the 1880s. In 1929, the Brills sublet the property to Abraham Lefcourt, a prominent developer, with instructions that he have a completed building on the site by November of 1931. Lefcourt soon announced plans for the tallest building in the world, a 1,050 foot skyscraper that would cost the developer roughly $30 million.

Lefcourt found himself in a competition with the builders of the other two structures, who were racing to build the world's tallest building. But as plans were still being worked out for Lefcourt's building, his teenage son Alan died suddenly. Lefcourt was apparently devoted to his son, and whether Alan's death was the deciding factor or not, Abraham ultimately decided to build a ten-story building, which would be named the Alan E. Lefcourt Building, in honor of his son. Lefcourt hired Victor Bark, Jr., to design the building, a striking Art Deco structure. In a niche over the entrance, roughly 20 feet above street level, is a bronze bust of Alan Lefcourt.

Within a short period of time, however, Lefcourt defaulted on his sublease, and the Brill brothers took over the building, opening a men's clothing store in the ground floor. By 1932, the building built in memory of Alan Lefcourt was known as the Brill Building.

By the 1940s, the Brill Building was given a second act when it became an epicenter of the songwriting industry. The building has been likened to a kind of one-building Tin Pan Alley, in which an assembly line-like operation of songwriters, musicians, and music publishers. Virtually every aspect of producing a record could be done in the Brill; a song could be written; the writer could shop around among publishers until it was purchased; studio space could be rented for a recording, and a writer could go to yet another floor and fire musicians to perform the track.

Some of the most successful songwriters of the twentieth century occupied space in the Brill Building at one time or another. Carole King, Gerry Goffin, Barry Mann, Cynthia Weil, and producer Phil Spector all worked in the building at various points. Among the many hit songs written and produced in the Brill were Aretha Franklin's "A Natural Woman" and the Shirelle's "Will You Love Me Tomorrow." So successful were the many writers and musicians who worked in the building that there came to be a subgenre of music known as the "Brill Building Sound,"--quite likely the only music form named for a building. By the early 1960s, there were more than 165 music-related businesses in the building.

The Brill Building's importance to the pop songwriting industry began to wane in the late 1960s and 1970s. The building, which was named a New York City Landmark in 2010, is still home to a few music businesses, but these days, there are more filmmakers in the building.