The Stephen William and Mary Price Blount House is one of the most beautiful homes in Nacogdoches. It was built in 1897 by prominent lawyer and judge William Blount (1845-1928), who also served one term in the state legislature. In terms of architecture, the house is an excellent example of the Queen Anne and Eastlake styles. It was designed by local architect Dietrich Rulfs, who also designed other large homes in the area including the Eugene Blount House. The house features many interesting elements including an asymmetrical design, several gables, stained glass, intricate exterior woodwork, a wrap-around porch on the first floor, and a porch on the second floor. It was added to the National Register of Historic Places in 1991. Today, the house is now a home furnishing store called Fortney Home, which sells antique furniture, art, decor, and other items.

The Stephen William and Mary Price Blount House was built in 1897 and is one of the more impressive homes in Nacogdoches. 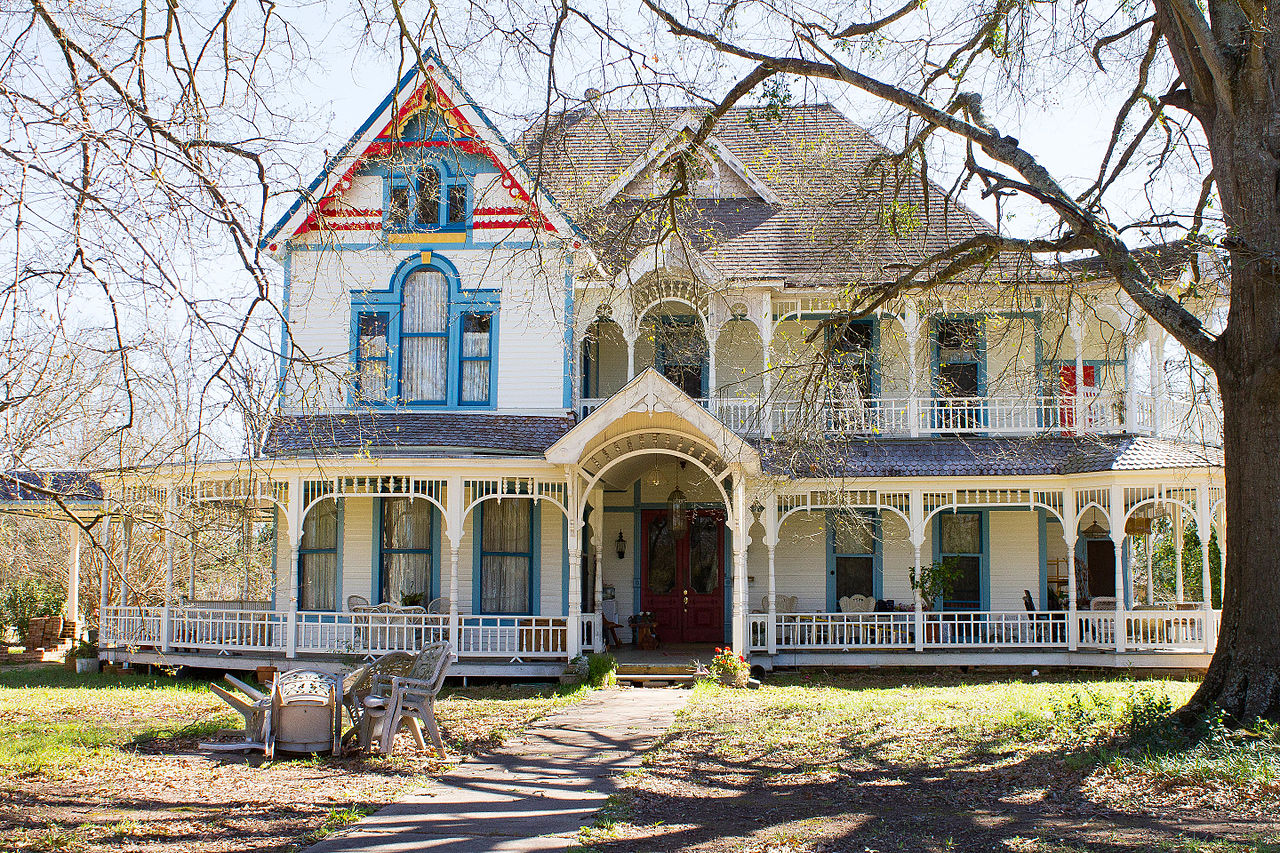 Stephen Blount was born to a prominent family in the town of San Augustine in 1845. His father was also involved in politics, serving as one of the three local representatives at the Convention of 1836, during which the Texas Declaration of Independence (from Mexico) was drafted and signed at what is now a ghost town called Washington-on-the-Brazos. The Constitution of the Republic of Texas was also written and signed at the convention.

Stephen earned a Bachelor's degree from the Kentucky Military Institute in Lexington, Kentucky and the studied law at Cumberland University in Tennessee. After graduating from Cumberland, he went back to San Augustine and started a law practice and got married as well to a woman named Mary Price. Stephen built a solid reputation in East Texas. He practiced from the second floor of a store building and, even though was never elected to a judgeship, he nonetheless earned the title judge. And as stated above, he served one term in the Texas legislature.

Mary lived in the house for a few years after Stephen passed away in 1928. She moved to Huntsville where their daughter, Emma, lived. The home became a rooming house for a time before becoming a funeral parlor. It remained a funeral parlor, under different names, at least through the late 1980s. It is not readily apparent what became of the house in the years that followed, but Fortney Home moved in the house in late 2018.

Open Thurs thru Mon 11-5pm Open Sun from 11-4pm ​Closed Tues and Wed or by appointment.