Originally located on North Rampart Street, the LGBT Community Center of New Orleans was established in the 1990s and operated from a modest structure sandwiched between two two-story buildings. Adorned with large exterior shutters framing both the windows and the doors, that building is now home to the non-profit View Carre Property Owners, Residents, and Associates. The LGBT Community Center moved to this location following Hurricane Katrina. 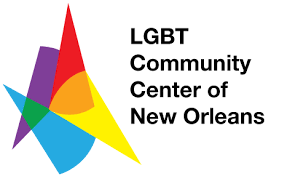 A year after the city of New Orleans passed a Human Rights Ordinance to protect its queer residents from discrimination in the housing and job markets, the center, originally known as the Lesbian and Gay Community Center, was established here in 1992. Over the years, the center has made a tremendous impact on its community, launching a hate crime tracking project in 2000, hosting an annual event for Trans Day of Remembrance starting in 2003, and assisting with New Orleans’s recovery after Hurricane Katrina in 2005. In 2009, the center received its own city-wide holiday to be celebrated every December 12th. Now referred to as the LGBT Community Center of New Orleans, the center has since taken permanent residence at 2727 South Broad Street after incurring damage from Hurricane Isaac and maintaining operations in several temporary homes, and it continues to function as a safe space for the city’s queer community with the mission “to combat homophobia, transphobia, racism and misogyny by supporting community-driven projects and organizations in the greater New Orleans area.”