Located within the historic Livestock Exchange building which was constructed in 1902, this museum offers a variety of exhibits that interpret the history of the cattle industry. The North Fort Worth Historical Society first opened this museum in 1989. In addition to exhibits related to the business of beef, the museum offers exhibits that offer a view into what life was like for cattle herders. Stockyard memorabilia are located throughout the museum, which also features an archive with records of the business conducted there. The museum collection also includes Native American artifacts and items from Camp Bowie. A few other interesting items include the world's second-longest burning light bulb and a wedding dress associated with bad luck. The Livestock Exchange building is a contributing property of the Fort Worth Stockyards Historic District, which is listed on the National Register of Historic Places.

The entrance to the Stockyards National Historic District. 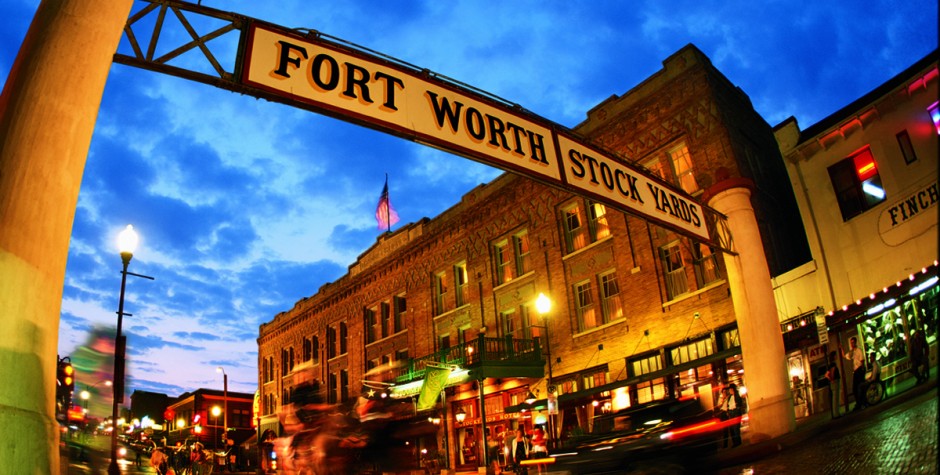 The Livestock Exchange Building was built in 1902, along with many other stockyard buildings. 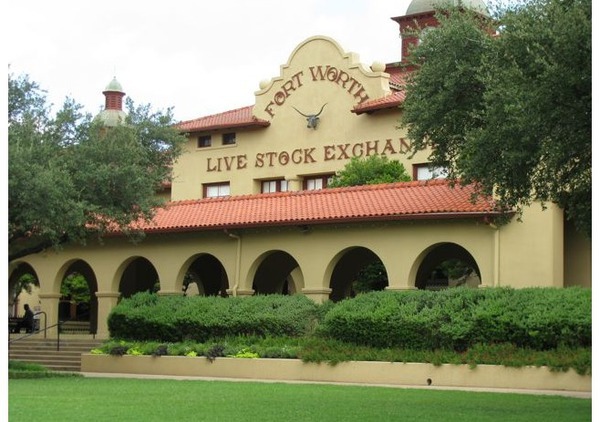 The Livestock Exchange as it appeared in 1915. 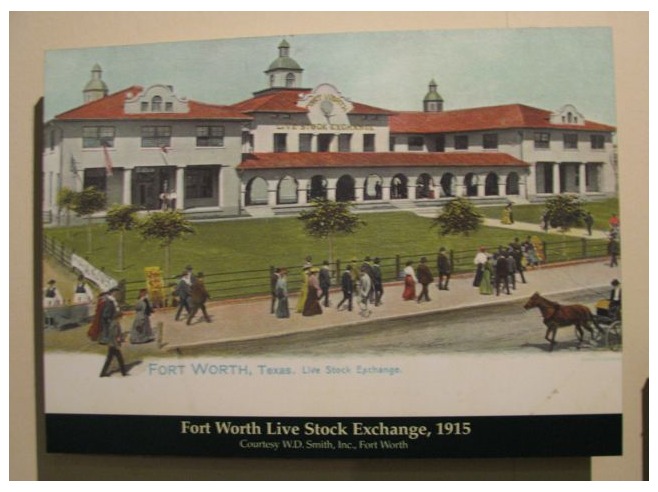 Fort Worth was one of the last major stops for cattle herders that were wrangling their herds through the Chisholm Trail. The Chisholm Trail was the route that drovers took in order to transport cattle to Kansas in order to reach the trailheads. When they arrived at the trailhead the cattle would be sold and shipped east. However, after the railroad arrived in 1876 there was no need for the drivers to continue up to Kansas. They began shipping the cattle from Fort Worth, which became one of the major shipping points for livestock. In 1887, the idea of creating the Union Stockyards developed.

There was not enough funding for the stockyard to buy enough cattle to interest local ranchers in bringing their business there so they had to look in other places. The president, Mike Hurley, invited Greenleif Simpson to invest in the Union Stockyards. He saw promise in it and agreed to invest in the venture. He also encouraged other investors to invest in this venture as well which enticed his friend Louville Niles who was in the meatpacking business. In 1893, Simpson bought the stockyards and that is when the name was changed to the Fort Worth Stockyards Company. Most of the company’s buildings were built in 1902 and still exist today.

"A History of the Fort Worth Stockyards." The North Fort Worth Historical Society. November 17, 2014. http://www.stockyardsmuseum.org/north-fort-worth-historical-society.html.