The Old York Gaol (or jail) is one of the oldest former incarceration facilities in the United States with an original section that dates to c. 1720. Built on York’s Gaol Hill, it was constructed using timbers from a previous prison built in 1656. Over the years, buildings were added around the original stone cell block and they were eventually combined under one roof by 1806. It was later used as a school and boarding house. Since 1900, it as served as a museum and is now part of a larger historical complex known as the Museums of Old York which is operated by the Old York Historical Society. The Old York Gaol was designated a National Historic Landmark in 1968. 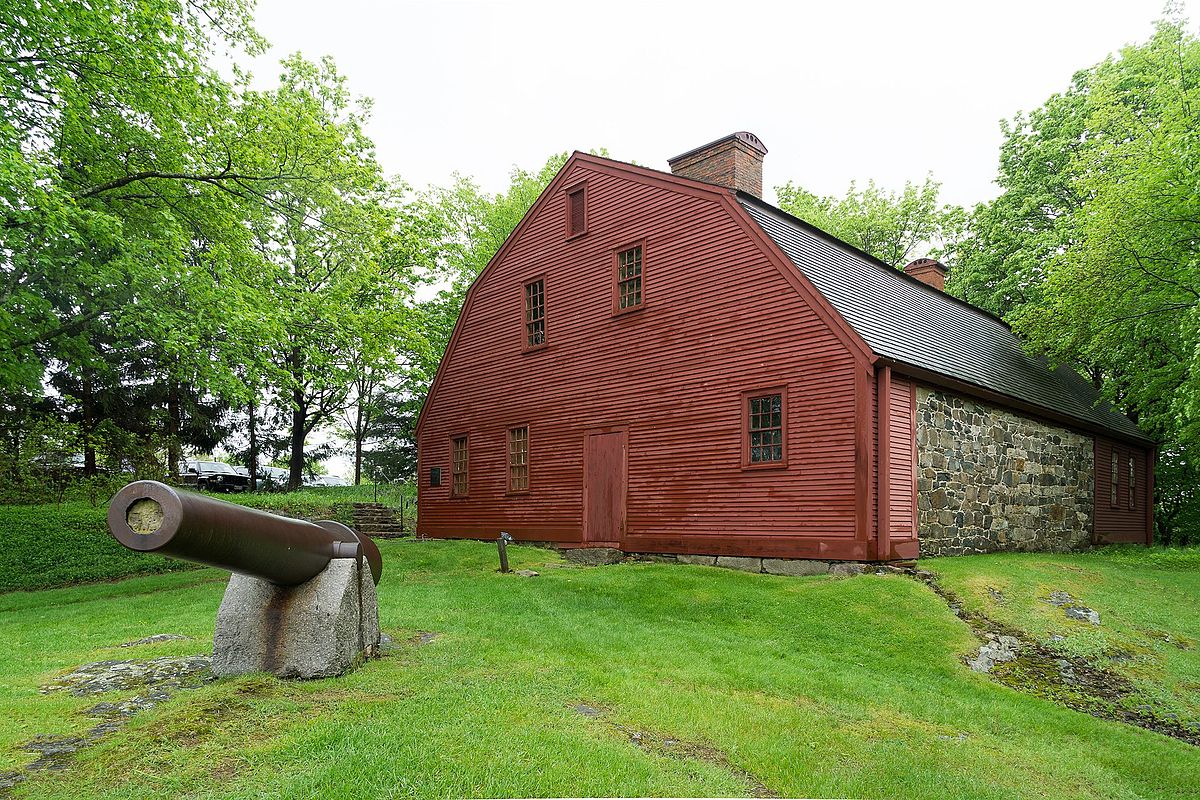 A cell within the Old Gaol looks about as one would expect. 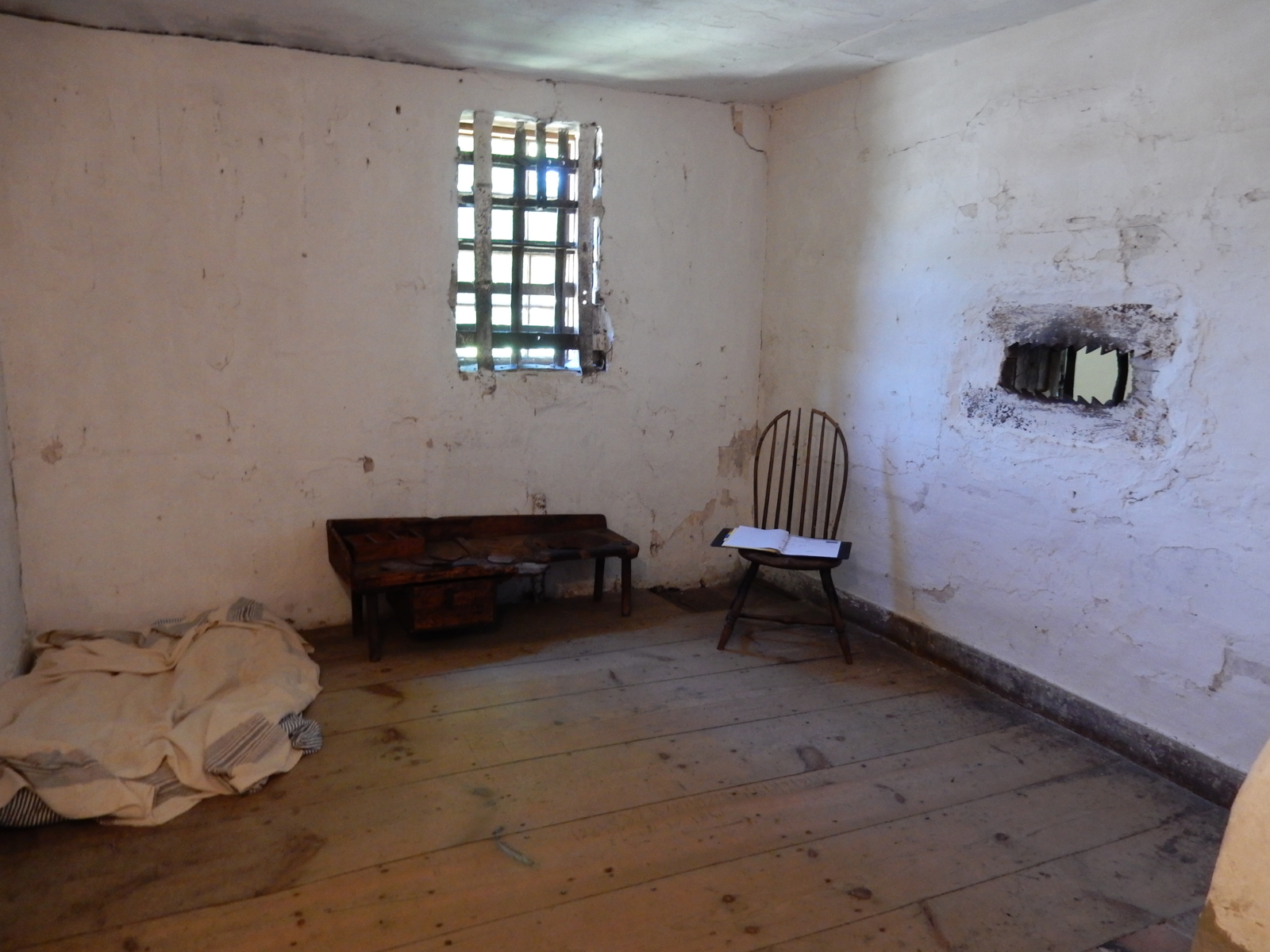 The cluttered kitchen used by the gaol's warden and family. 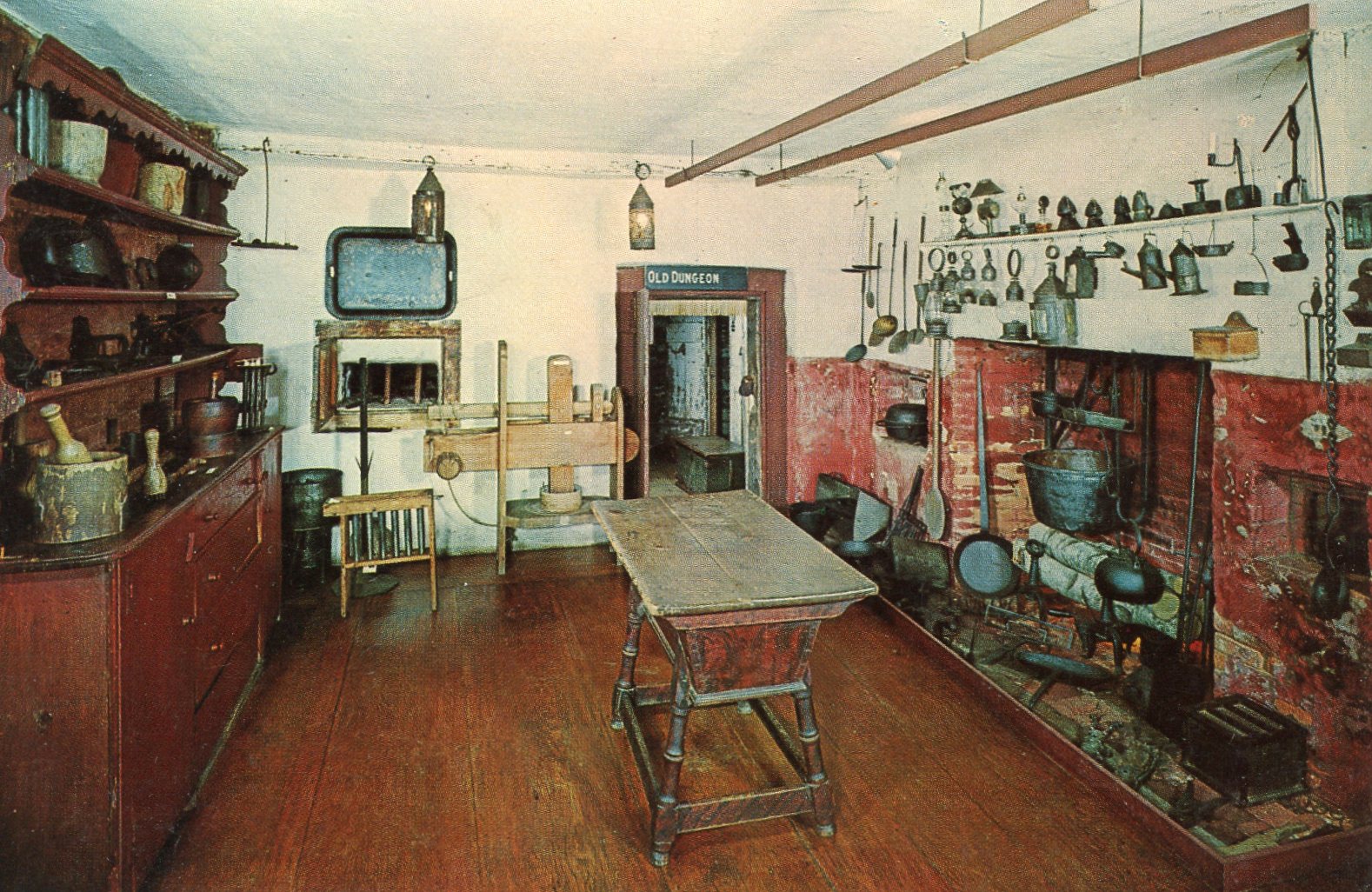 A pillory and canon greet visitors to the Old Gaol. 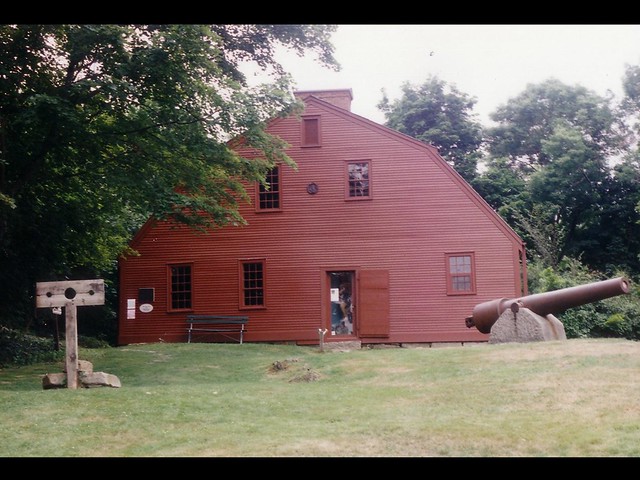 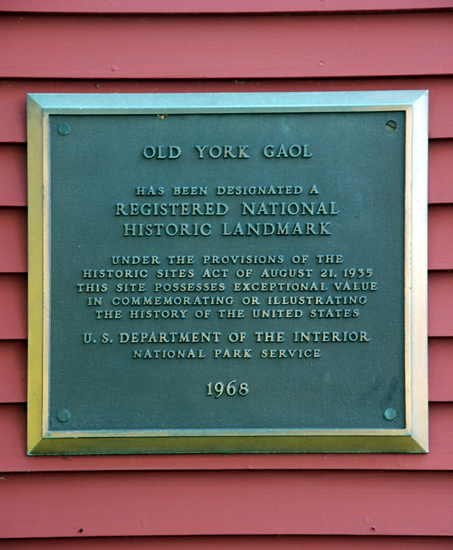 The village of York was incorporated in 1652, just 32 years after the Pilgrims founded their colony at Massachusetts Bay. York, then part of Massachusetts, built its first jail four years after it was founded, in 1656. This facility served as the official provincial prison for York County and was used to house prisoners from not just York, but Kittery, Wells, Cape Porpoise and Saco as well. Records reveal that an unfortunate man, Robert Cook, was sentenced to 30 lashes for an “illicit affair” the same year the jail opened.

In 1699, a Massachusetts legislative act “for the Suppressing and Punishing of Rogues, Vagabonds, Common Beggars, and other Lewd, Idle, and Disorderly Persons; and also for setting the Poor to work.” was passed. York then added a house of corrections, or debtor’s prison next to the original 1656 jail in 1707. Evidence suggests a portion of this debtor’s prison may still exist within the current complex. Only the southeast section has a seven-foot ceiling as dictated by the 1707 construction order. Also, hundreds of leather trimmings and pieces of old shoes, along with flax fibers and hanks were found in the ceiling and walls of this section. This indicates that debtors worked here repairing shoes, processing flax and weaving cloth. Also found within the facility were food remains, to include corn cobs and lobster shells, indicating what the prisoners ate. Archeological and dendrochronological (the study of building timbers) continue to reveal additional information about the gaol.

Next, a stone gaol, now known as “the dungeon,” replaced the wooden 1656 jail in 1719 or 1720. A plank within this stone jail has the date, “1656” carved in it, revealing that wood from the original jail was used to build the 1720 version. A prison house or gaoler’s residence was then added to the complex in 1729. Next, a second floor was added to the stone jail sometime around 1763 which contained three additional cells and a central room. The jail was expanded again around the turn of the 19th century and the entire complex was enclosed under a gambrel roof by 1806 giving it its current barn-like appearance. The jail was used until 1879 when it was repurposed as a school, warehouse, and later, as a boarding house. In 1900, the building was converted into a museum that displayed colonial artifacts.

The historical society maintains and operates the gaol, along with the other historical buildings, as period museums and offers guided and self-guided tours from Memorial Day weekend through early October. Please call or visit the Old York Historical Society’s homepage for event information and tour dates and times.