If you have ever wondered where the world's longest burning light bulb resides, you need not wonder any longer. The Centennial Light Bulb is the longest burning light bulb with a record of burning continuously for 113 years straight! It serves its purpose daily, providing light for the Firefighters of Livermore, California's Fire Station #6. From the moment that this fascinating bulb was screwed in 1901 from now in 2014, it has shone brilliantly without fail. The Centennial Light Bulb has been awarded a place in "The Guinness Book of World Records", "Ripley's Believe It or Not!", and "General Electric". It has even debuted in episode 69 of the hit television show, "Mythbusters". 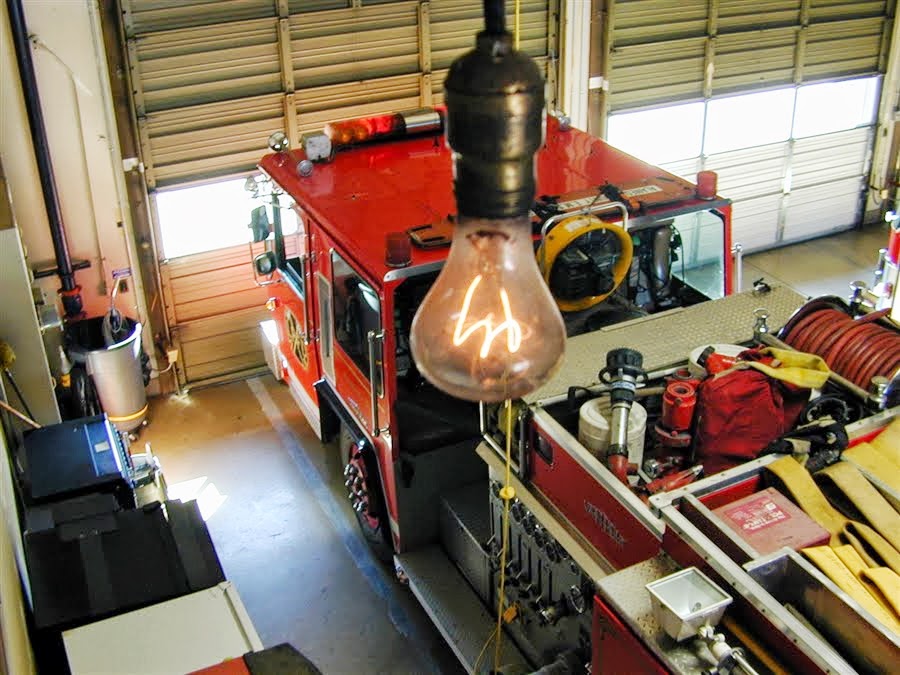 This sign will greet you and let you know you have arrived at Fire Station #6, the home of the longest burning light bulb! 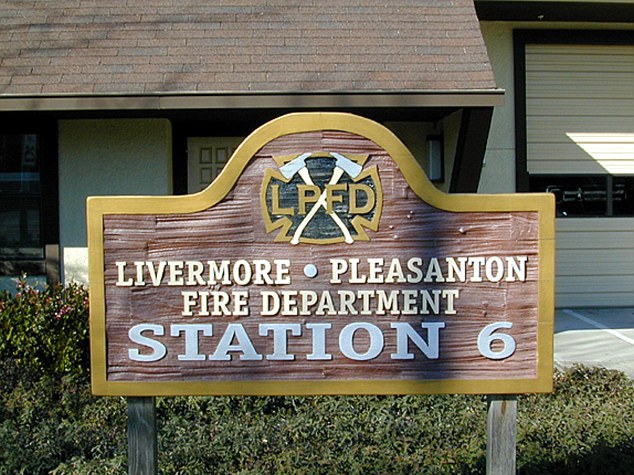 Dennis Bernal of the Livermore Power and Water Co. bought a Shelby light bulb sometime in the 1890’s. Upon the closing of his company he decided to donate the light bulb to the fire house. The fire house used the bulb continuously, leaving it lit without turning it off. It was used to illuminate the area so the firefighters would be able to see their equipment in the dark.

The light bulb has remained lit, with the exception of power outages, since first being screwed in, in 1901. The idea that this bulb was a phenomenon came when a Livermore fire marshal informed the paper of this light bulb’s feat of glowing for decades.  It was first declared the longest shining light bulb in 1972 by the Guinness Book of World Records, replacing what was thought to be the world’s longest working light bulb from the Palace Theater. After being exposed the bulb began gaining much worldly attention. It has since been shown in "Ripley's Believe It or Not!", and "General Electric". It has even debuted in episode 69 of the hit television show, "Mythbusters".

Today the light bulb has remained lit for 113 years straight! It has even outlived firefighters it serviced. It really has lived up to its nicknames of the centennial light bulb and the eternal light. On June 8th of every year, there is a birthday party thrown this incredible bulb. There is a camera placed on the bulb to verify that it is continuously burning. The light bulb has even outlived 3 cameras that were used to monitor it. This bulb has puzzled people for many years now and continues to puzzle them the longer that it shines. Although originally being a 30 watt bulb and being reduced now to only a 4 watt it has truly been a marvel to experience.