The Evans and Cogwell Company printed Confederate bonds, stocks, and currency in Charleston, South Carolina during the Civil War. The firm built this structure in 1864 in Columbia and moved its operations here in April to escape bombardment of Charleston from the harbor. The Union Army under General Sherman occupied Columbia in February of 1865. The Confederate Printing Plant's contents were seized by the Federal forces and the 1-story, gable-roofed structure was burned. Rebuilt in the 1870's as two stories, the building later became a liquor or grocers warehouse. Spanning an entire city block, the vacant brick structure was listed on the National Register in March of 1979. The building is once again being used for storage, after being rehabbed as part of Publix supermarket. Ten townhomes grace the eastern end of the structure. 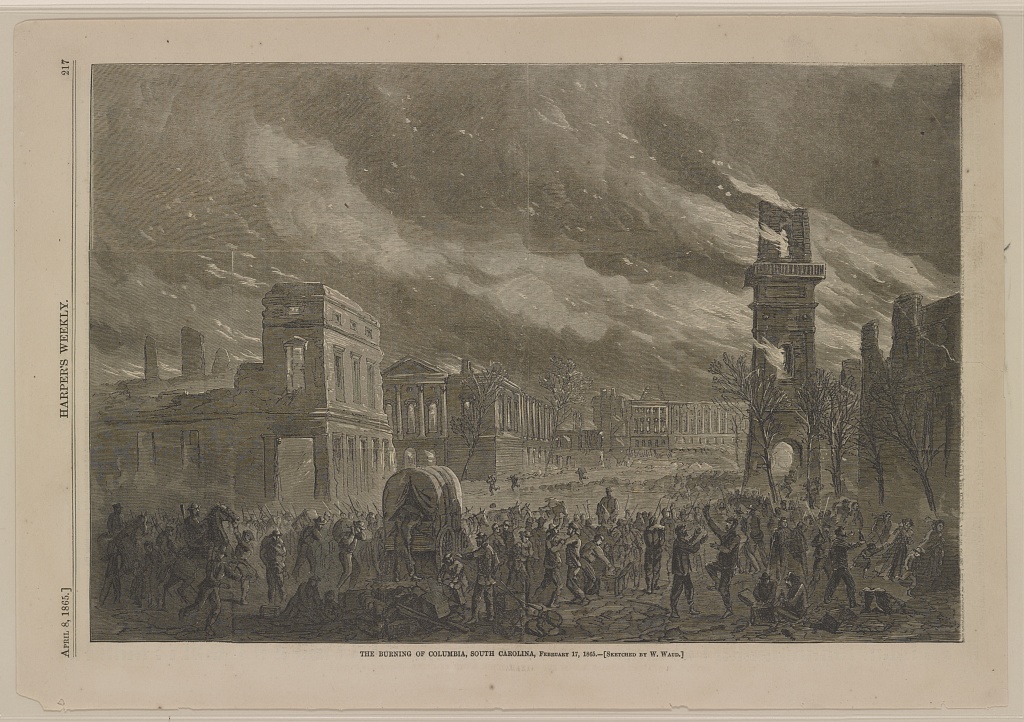 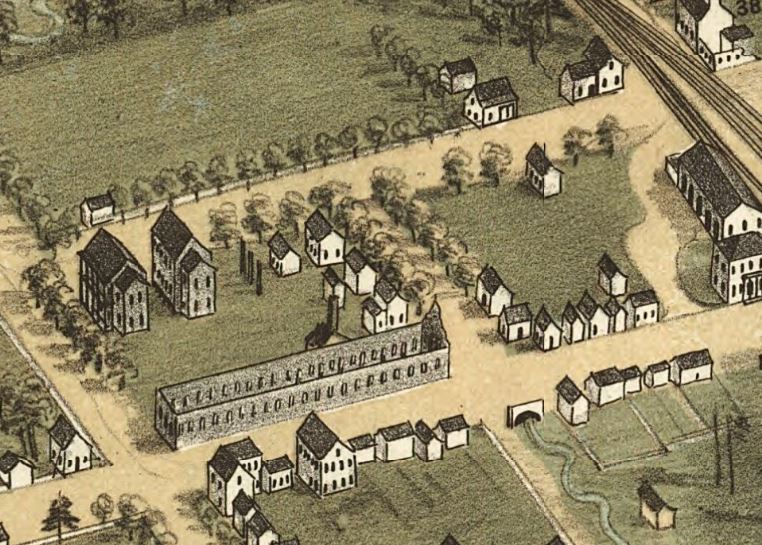 The Evans and Cogwell Company was a printing and stationery company in Charleston established originally by James C. Walker in 1821. Walker added Benjamin F. Evans and then Harvey Cogswell as partners in the 1850's. The name was changed after Walker died in 1860. The firm became one of the major printers for the Confederate States of America and printed the infamous South Carolina Ordinance of Succession as well as currency. Evans and Cogswell moved the business from Charleston to a new building they constructed in Columbia in 1864. The upstate location was safer than Charleston, where the city was under bombardment by the Union from its harbor.

The Confederate Printing Plant's contents were seized by Union forces during the occupation of Columbia by General Sherman in February 1865. The Federal troops burned the building and the interior was gutted. General Sherman's memoirs recalled Union soldiers carrying off large quantities of Confederate currency in all stages of printing. One of the maps printed by the company in 1864 is a map of eastern portions of North Carolina and Virginia, showing distances from the Confederate capital, Richmond, Virginia.

Evans and Cogwell declared bankruptcy and sold the building after the Civil War. They added a new partner and moved the firm back to Charleston in 1866 where it operated for over one hundred more years. By 1872 the structure was being repaired and rebuilt even larger than its original footprint; a bird's eye view map of the city in 1872 shows the roofless, gutted building with just its walls and one gable end remaining, stretching the length of a block of Gervais Street, the main entrance route to town over the Congaree River bridge (picture below). A second story was added to this Greek Revival style commercial brick building. The southern side of the building, facing Gervais Street, is divided into repetitive bays by molded brick pilasters on both stories.

The South Carolina Dispensary System was introduced in the 1890's for the state to control liquor distribution. The former Confederate Printing Plant became the dispensary warehouse until the system was abolished in 1907. Several grocers used the building for warehouse space in the 1910's. The Fitzgerald Paper Company created newsprint in part of the structure by 1921. Parts of the building were rented as apartments in the 1920's and 1930's, mainly to those who ran businesses from the structure. The building also was used in the 1930's as part of the U.S. Seed Loan Program.

The structure continued to serve as a warehouse until the 1970s but was vacant in 1977 when the building was nominated to the National Register of Historic Places. Thought to be structurally unsound, the building almost was demolished. Publix Supermarket rehabbed the building in 2004 as part of its supermarket. Seven townhouses opened in 2010 in the eastern portion of the building.