In 1847, the notorious outlaw Jesse James was born on this family farm northeast of Kearney. The James family had purchased the 100-acre farm along with a log cabin in 1845. While Missouri was divided between people who supported the Confederacy, those who remained loyal to the Union, and many more who wished to stay neutral and avoid the conflict, the James family were Confederate sympathizers and slave owners. Both Jesse and his older brother Frank left home and joined gangs of marauders who used the war as an excuse to steal horses and other goods. These pro-Confederate marauders were known as bushwhackers and were common in Border States like Missouri. After the war, the James brothers became nationally known for a series of daring bank and train robberies. The James family capitalized on the fame of their sons, opening their home and charging for tours after Jesse’s murder in 1882. Since 1979, Clay County has offered guided tours of the property. The historic house museum contains the largest known collection of artifacts affiliated with Jesse James.

The James Farm, with a replica of Jesse's headstone at the site of his former grave 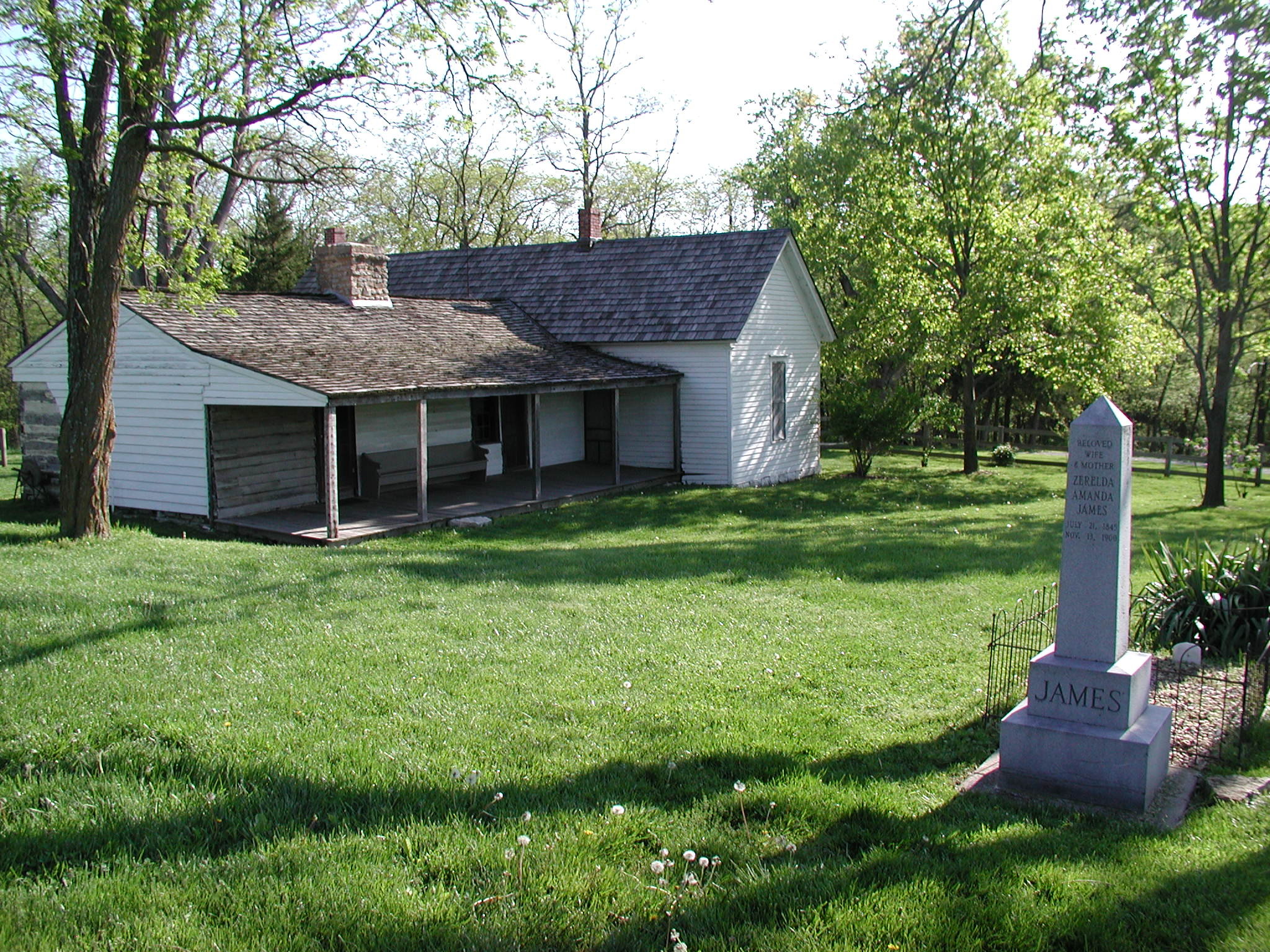 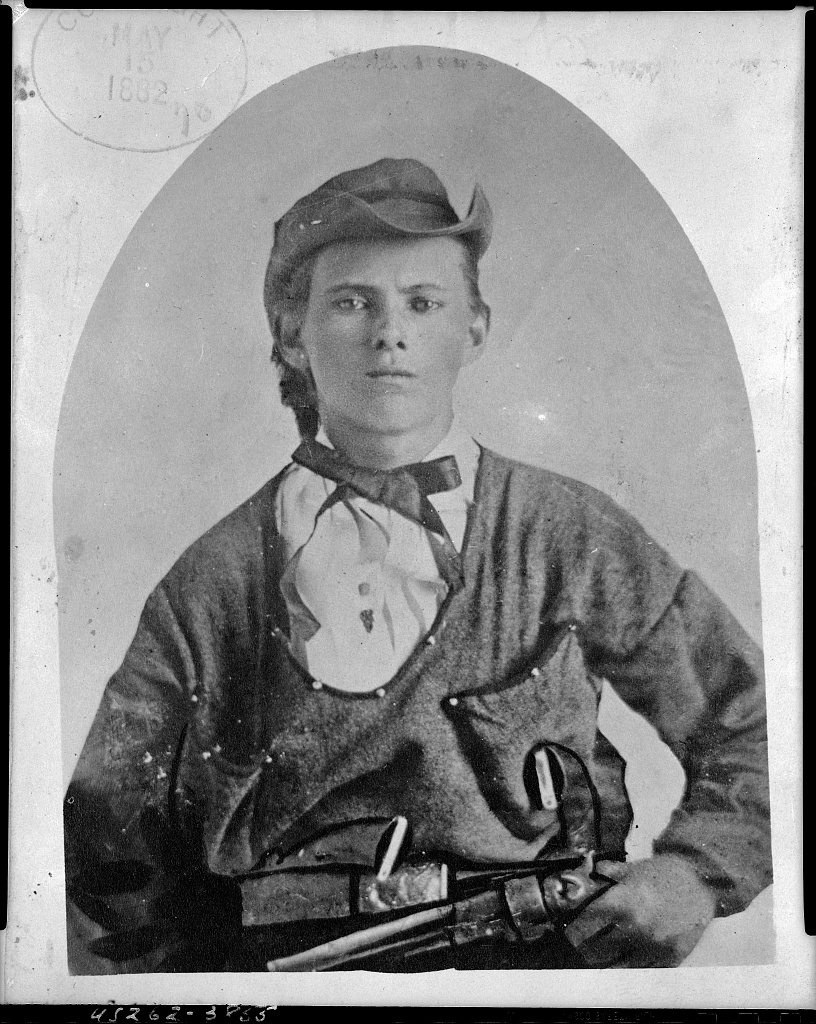 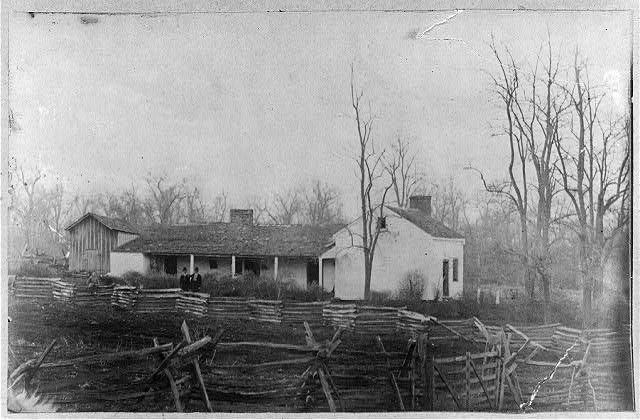 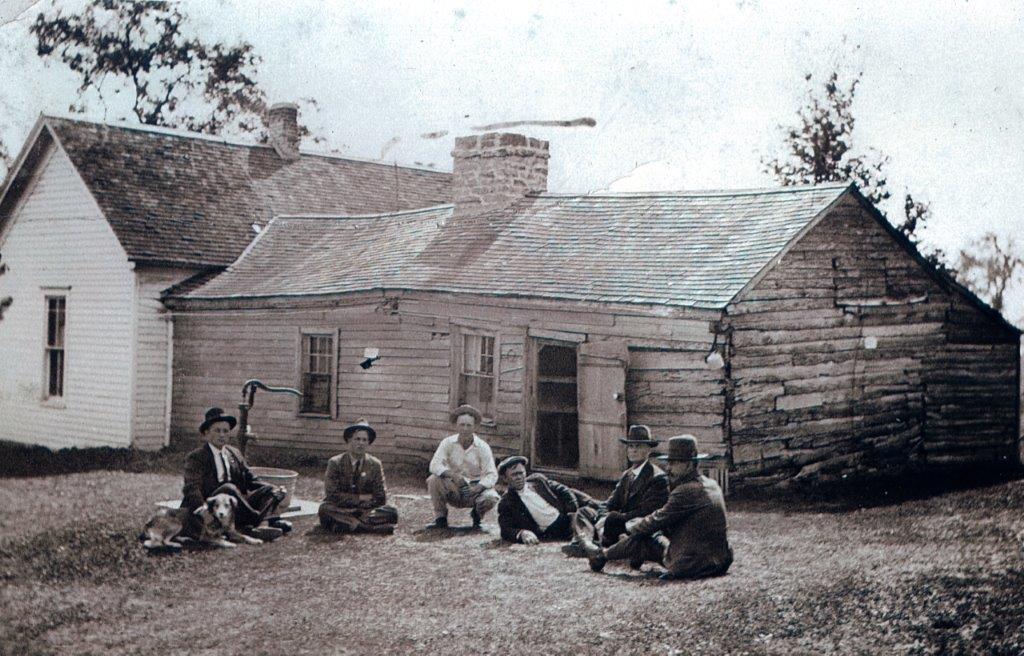 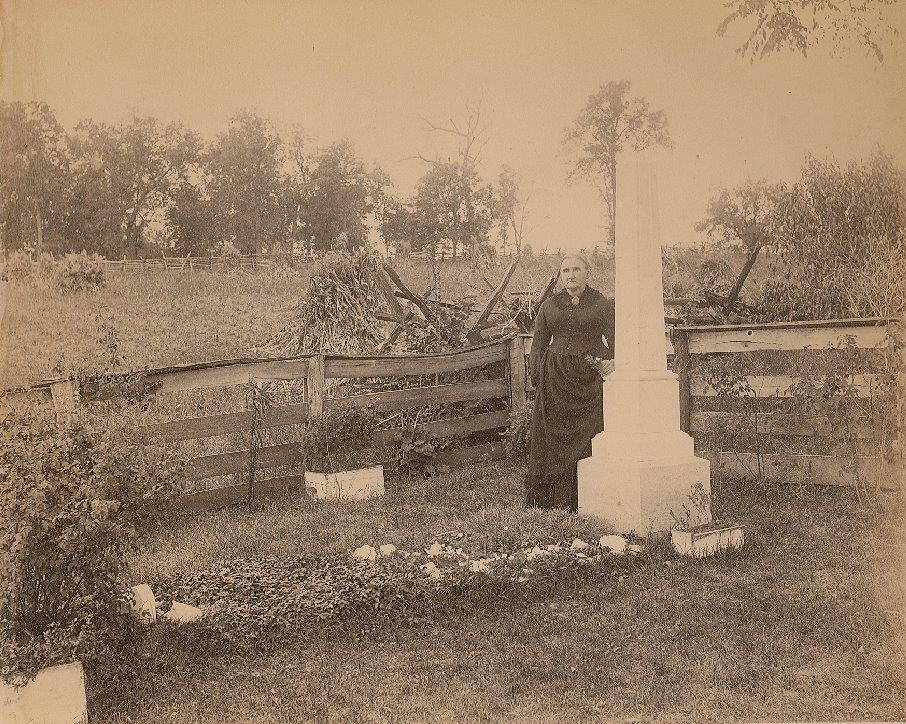 Frank James at the front gate 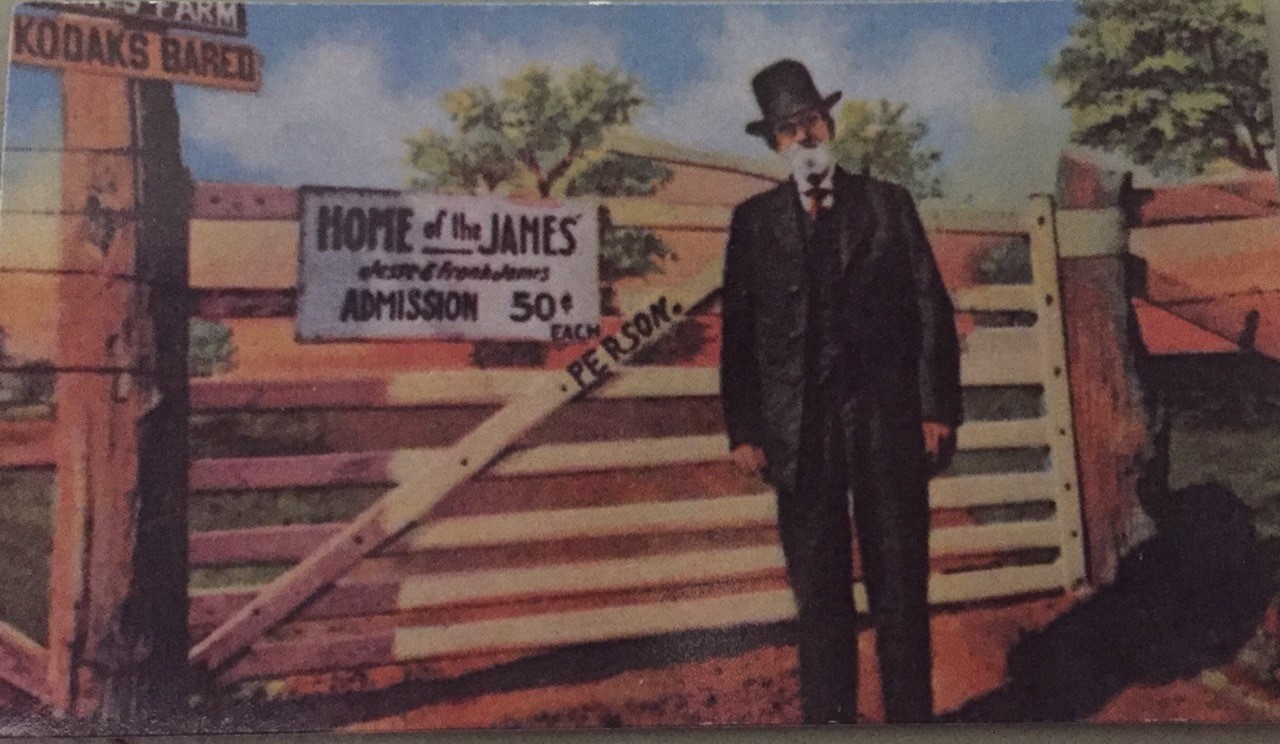 Exhibits at the historic farm museum 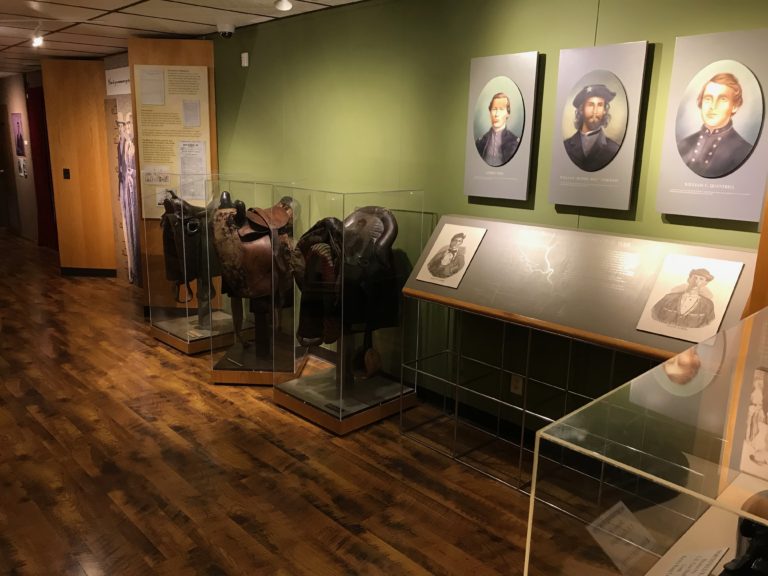 The home undergoing renovation in 2019, exposing the original 1822 log cabin 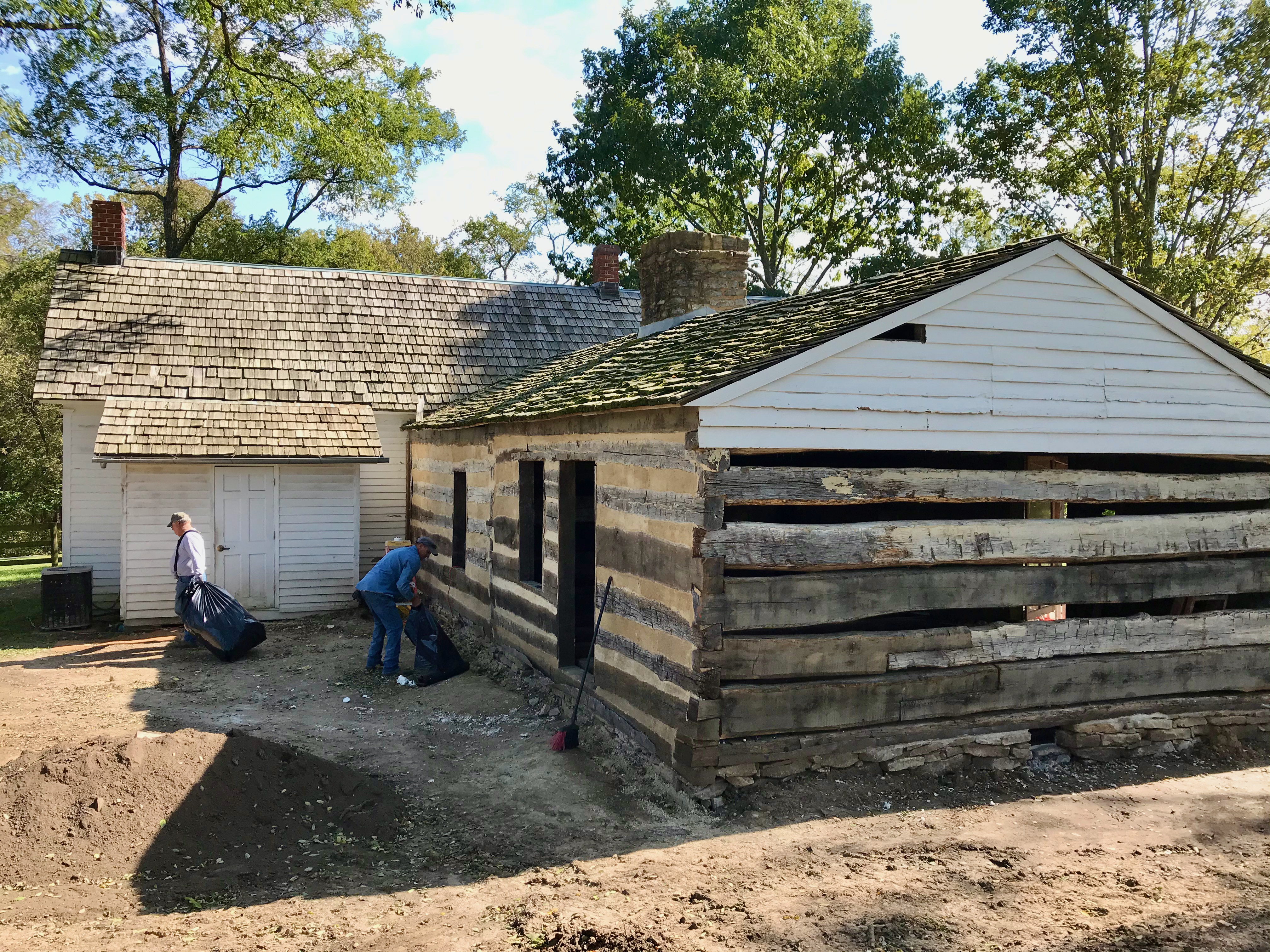 Reverend Robert James, his wife Zerelda, and their young son Frank moved to this farm in 1845. The one-story log cabin had been built in 1822 on 100 acres of property. The two rooms of the log cabin were divided by a central chimney made of limestone. The Jameses added a three-room wood frame addition to the east side of the house in 1845, along with two brick chimneys. At that time, the log cabin portion was covered in clapboard to match the rest of the home and painted white. In 1847, another son, Jesse James, was born in this updated home.

Reverend Robert James was a Baptist minister who died when the boys were young. Their mother, Zerelda, was known for her strong, outspoken Southern sympathies. The James family owned several slaves who worked the farm growing hemp and raising sheep. With the start of the Civil War, Frank left home to fight for the Confederacy. In the summer of 1863, Union soldiers came to the home and terrorized the family, accusing them (perhaps accurately) for being Confederate spies. They beat up Jesse and strung his step-father, Dr. Reuben Samuel, from a tree with a rope, repeatedly lowering him up and down.

When the war ended, Frank and Jesse joined groups of guerillas whose mission was to wreak vengeance on Union sympathizers and Northern-owned businesses in the area. The James brothers would go on to become two of the most notorious outlaws of the post-Civil War era, known for their brazen daylight robberies of banks, stagecoaches, and trains. They frequently used the home as a safe haven. The Pinkerton National Detective Agency was hired by some of the railroad companies to put an end to the brothers’ train raids. Members of the agency showed up at the family home on January 26, 1875. They launched a flare through one of the windows, which rolled into the fireplace and exploded. It killed Zerelda’s eight-year-old son Archie (the Frank boys’ half-brother) and blew off most of Zerelda’s right hand so that it had to be amputated.

After Jesse’s murder in 1882, he was buried on one side of the house so that Zerelda could guard it against graverobbers. She began to give tours of the home and farm to curious visitors in the area, charging 25 cents. Visitors could also take home a stone that was supposedly from the top of Jesse’s grave for 25 cents apiece. In 1893, Zerelda sold the frame portion of the home to the Chicago World’s Columbian Exposition and constructed another addition on the south side of the cabin. [2] (For unknown reasons, the wing was torn down but never shipped to Chicago to appear at the fair. It was briefly reconstructed as a tourist attraction in Excelsior Springs, Missouri, but later closed due to poor ticket sales).

Jesse’s body was exhumed from the farm grave to a cemetery in Kearney in 1902. Frank continued giving tours of the home after Zerelda’s death in 1911. Other family members continued the tradition after his death, until 1978, when the home was sold to Clay County by Jesse’s grandsons. By that time, the land had been owned by the James family for 133 years. Extensive renovation work was then done on the home, which had fallen into a severe state of disrepair, and it reopened for tours in 1979.

Guided tours of the farmhouse leave from the visitor’s center every half hour or so. Visitors can see firearms that belonged to the Jameses, family photos, Frank’s letter of surrender to authorities, and the boots Jesse was wearing the day he was shot. They can also explore the nearby creek and trails where Frank and Jesse played as boys. The farm occasionally hosts special events as well. About 18,000 people visit the historic farm museum every year.