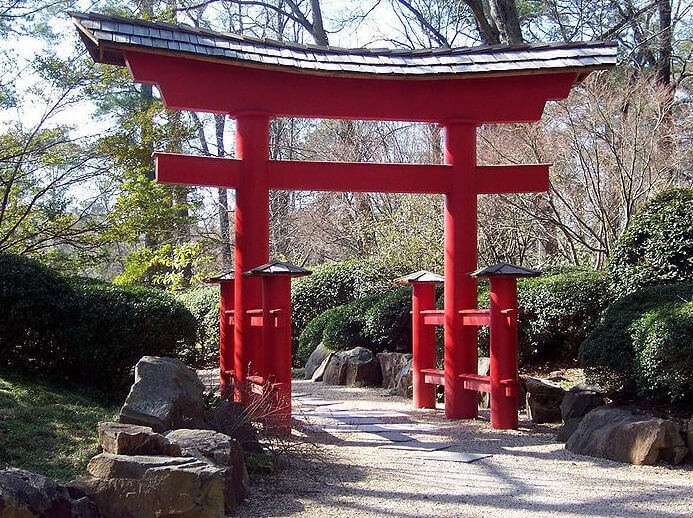 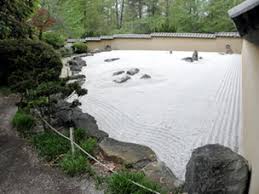 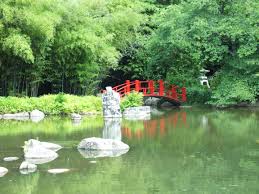 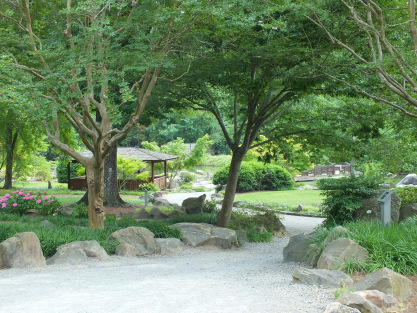 Birmingham’s Japanese garden officially opened in 1967 and has since been one of the most popular gardens at Brimingham Botanical Gardens. The Japanese garden was designed by a Japanese designer by the name of Masaji Morai. After the Japanese garden opened and gained recognition in the US, in the year 1993, the Japanese government gave the title of “Japanese Cultural Center” to the Birmingham Japanese garden. This title was partially due to the Japanese tea house that was built inside of the garden. The builder of this tea house was known to be one of the best temple and shrine builders in Japan, his name was Kazunori Tago. He was originally from Maibashi Japan. He built the tea house using wood and other materials that came directly from Japan, as well as only using traditional Japanese building techniques. Today, these tea house serves as a normal tea house, as well as a cultural and educational program that is kept up by the Japanese Garden Society of Alabama.

The entrance to the Japanese garden is signified by a giant red tori gate. In Japanese culture, tori gates are usually found in temples and shrines and signify the gate to heaven. Past the tori gate is a Japanese Zen garden that was added later on. This was completed by the Zen Associates of Sudbury, Massachusetts. The two main architects on the Zen garden were Shinichiro Abe and Peter White.

Although the Japanese garden is 7.5 acres of land, the entire area of the Birmingham Botanical Garden is about 67.5 acres. The upkeep of the entire Birmingham Botanical Gardens is split between the city and an organization known as the Friends. The city is in charge of reservations that take place in the gardens, whereas The Friends Organization is in charge of education, fundraising, special events, and improvements to the gardens.