Built in 1816, The Fairview Cemetery is the oldest cemetery in Van Buren, Arkansas. This cemetery is home to the graves of early settlers to the region and, most significantly, Confederate soldiers that fought during the American Civil War. The Confederate troops even have their own section inside the cemetery. The burial of individuals at this cemetery began around 1846 after the land donation by John Drennen. There are around 460 soldiers who are buried at this cemetery.

A wide scale view of the entirety of Fairview Cemetery 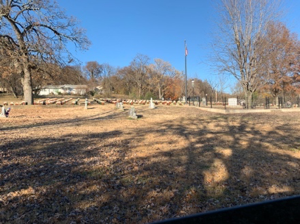 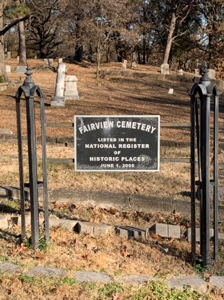 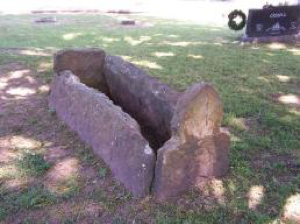 The Fairview Cemetery is the oldest cemetery in Van Buren and it was built in the year 1816. This still active cemetery has been around since the early years of Van Buren’s existence dating back to when early settlers came into the town. As the city expanded, a man named John Drennen donated 10 acres to create the first public cemetery for the town. There are a few significant portions of the cemetery. The first is the section where Civil War Confederate soldiers are buried. There are reportedly 442 known Confederate soldiers that are buried here in the Cemetery with only 8 Union soldiers buried here as well.

The cemetery is also the final resting place for many significant individuals and families of early Van Buren history as well as criminals who were executed and not claimed by their families.

There is one piece of Van Buren history that is located in Fairview Cemetery that has always interested people, the “Mystery Grave.” Not much is known about the gravesite that is made of four large flat rocks that create a rectangle shape with a curved rock as the headstone. This grave is believed to belong to one of two people with those people being one of Hernando de Soto’s soldiers or a Viking. It started out as a private burial ground before becoming an actual cemetery.

The Confederate section of the Fairview Cemetery made it on the National Register of Historic Places in 1996. The whole cemetery itself would follow suit years later in 2005. It made it on the Register for its relevance to the history of Van Buren. The Confederate section made it on, because of the association to the Civil War and other local organizations. It is a very important historical place filled with much historical knowledge for the town’s early days.