Portions of this historic courthouse date back to 1840 when the original building was constructed. While much of that structure was destroyed in an 1876 fire, some of the original building survived and were part of an 1890 expansion of the historic courthouse. This building is listed on the National Register of Historic Places as well as being the oldest active courthouse west of the Mississippi River. On the grounds of the courthouse stands another historic building, the Albert Pike Schoolhouse. This schoolhouse was built in 1820 and the future Confederate General Albert Pike taught students here before he moved to Little Rock. 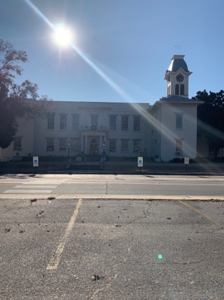 Crawford County Courthouse dated back to 1840. 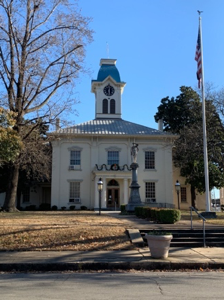 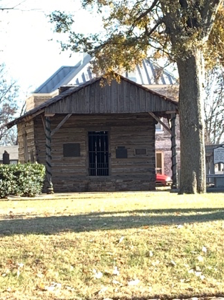 Crawford County, Arkansas was established in 1820 and included portions of eight counties as well as a section of Indian Territory. The Crawford County Courthouse was originally built in 1840-41. The original building burned in 1876. Due to portions of the building not being damaged, they were able to rebuild and enlarge the building in 1890. The clock tower on the structure is part of the original building.

On the grounds of the courthouse stands another historic structure, the Albert Pike Schoolhouse. The schoolhouse was originally built in 1820. It was kept at its original location for a little over one hundred years until 1936 when it was moved to the University of Arkansas. In 1974 it was brought back to Crawford County and has been located next to the courthouse ever since.

These two structures are located at the Southwest end of Historic Main Street. Many other historic building have stood on Main Street. These buildings, those that are still standing, are now homes to local stores, restaurants, and a stage theater. This road has also been used in films, most notable was The Blue and the Gray.