The Teammates: A Portrait of a Friendship

This statue, created by sculptor Antonio Tobias Mendez, sits right outside of Fenway Park's Gate 5, at the corner of Ipswich street and Van Ness Street. The 7-plus foot tall figures represent four former Red Sox players that were an integral part of the ballclub's history. They are from left to right: Bobby Doerr, Dom DiMaggio, Johnny Pesky, and Ted Williams. The statue was erected in honor of not only the success they enjoyed together on the field, but also the friendship formed between them that lasted long after they left the game.

The Teammates statue on the day of its reveal. 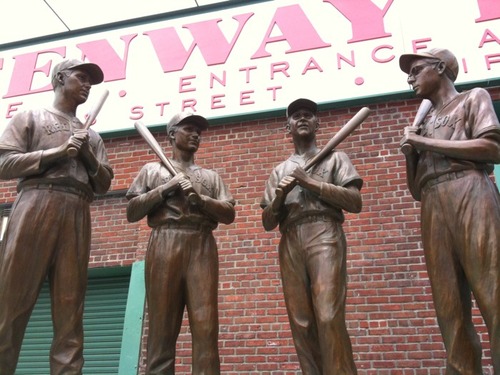 The statue as seen with Fenway Park's Gate B in the background, the pedestal inscribed with the word "Teammates" can be seen the the foot of the image 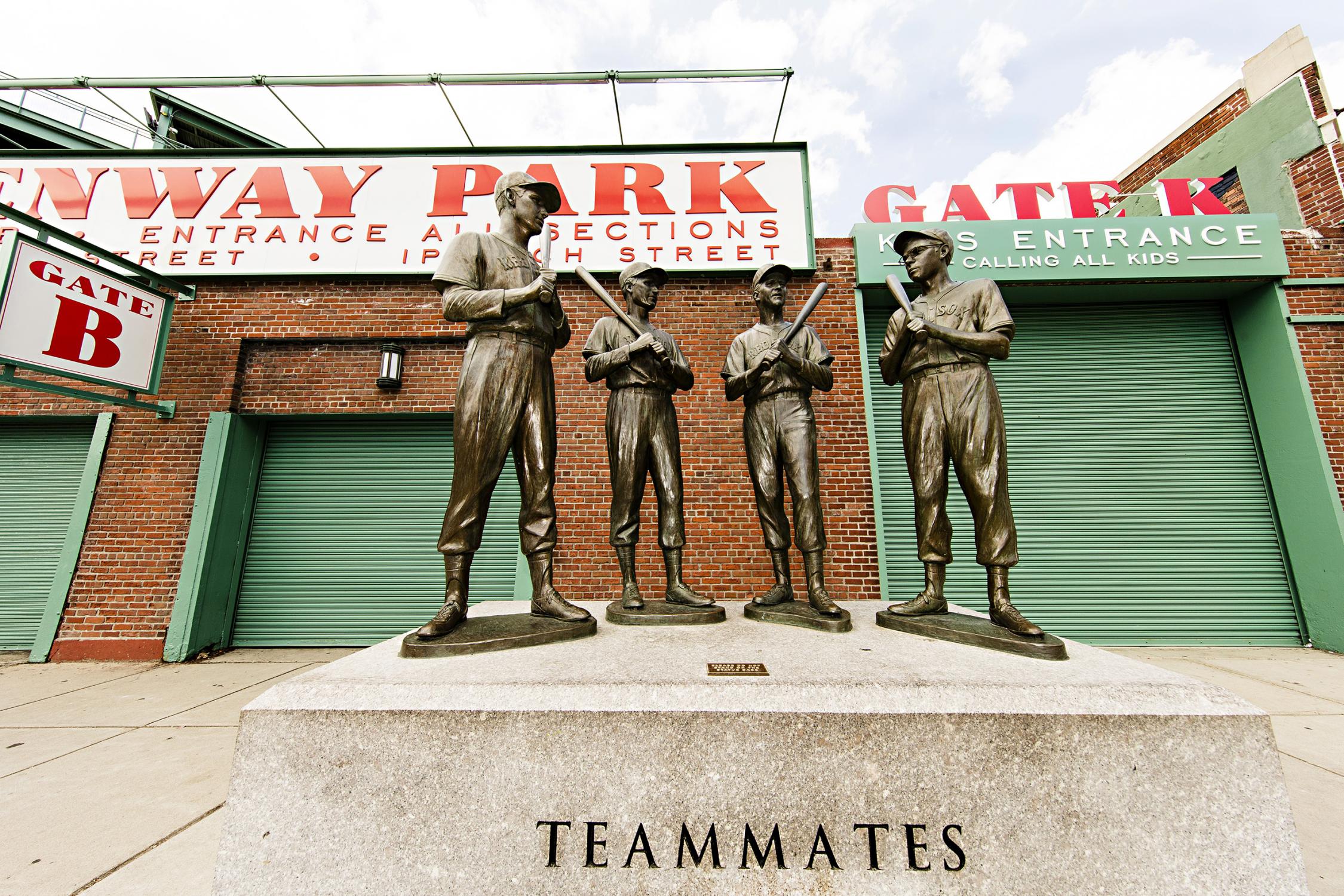 The bestselling novel "The Teammates: A Portrait of a Friendship" written by David Halberstam. The statue is named after the title of the book. 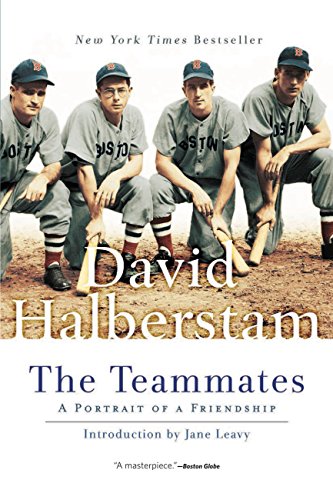 The Teammates statue depicts four former Red Sox players Bobby Doerr, Ted Williams, Dom DiMaggio, and Johnny Pesky. PLaying together for 7 seasons, they all were a crucial part of the Red Sox teams from the late 1930s to the early 1950s (their time together was limited due to each player serving in the military during WWII). All four players are members of the Boston Red Sox Hall of Fame, Doerr, Williams, and Pesky have their jersey numbers retired by the organization, and Doerr and Williams are both members of the National Baseball Hall of Fame.

As can be seen on the plaque on the statue's pedestal, the four players combined have 52 seasons as Red Sox players, 653 wins, a .606 winning percentage, 36 American League All-Star selections, 11 years of military service during WWII, and over 150 years of service with the Red Sox organization. In 1946, they led the team to 104 regular season wins on the way to an American League championship and a berth in the World Series, where they were defeated by the St. Louis Cardinals in seven games.

On the day of the statue's christening, then-Red Sox president and CEO Larry Lucchino made this statement:

"We’re here today to honor four great men, four teammates whose contributions to the Red Sox, and the legacy and lore of the Red Sox cannot be overstated. Their given names were Robert Pershing Doerr, Dominic Paul DiMaggio, John Michael Pesky, and Theodore Samuel Williams. You cannot think of one without thinking of the other almost automatically. To most of us their known simply as Ted and Dom and Johnny and Bobby…This is the most sincere form of gratitude Red Sox Nation can bestow on you. And we bestow it on you also not just because of your playing ethics, your playing accomplishments, and your social commitment but also because of the years and years you’ve devoted to this franchise."

The statue itself features the four players donning Red Sox uniforms and carrying bats over their shoulders, each statue is about 7 feet tall, weighs 500-600 pounds, and is made of cast bronze. The pedestal is about 15 tons of solid Deer Isle Gray granite, and is simply inscribed with the word: Teammates. It currently stands just outside of Fenway Park's Gate B, at the corner of Ipswich St. and Van Ness St.

The National Baseball Hall of Fame and Museum