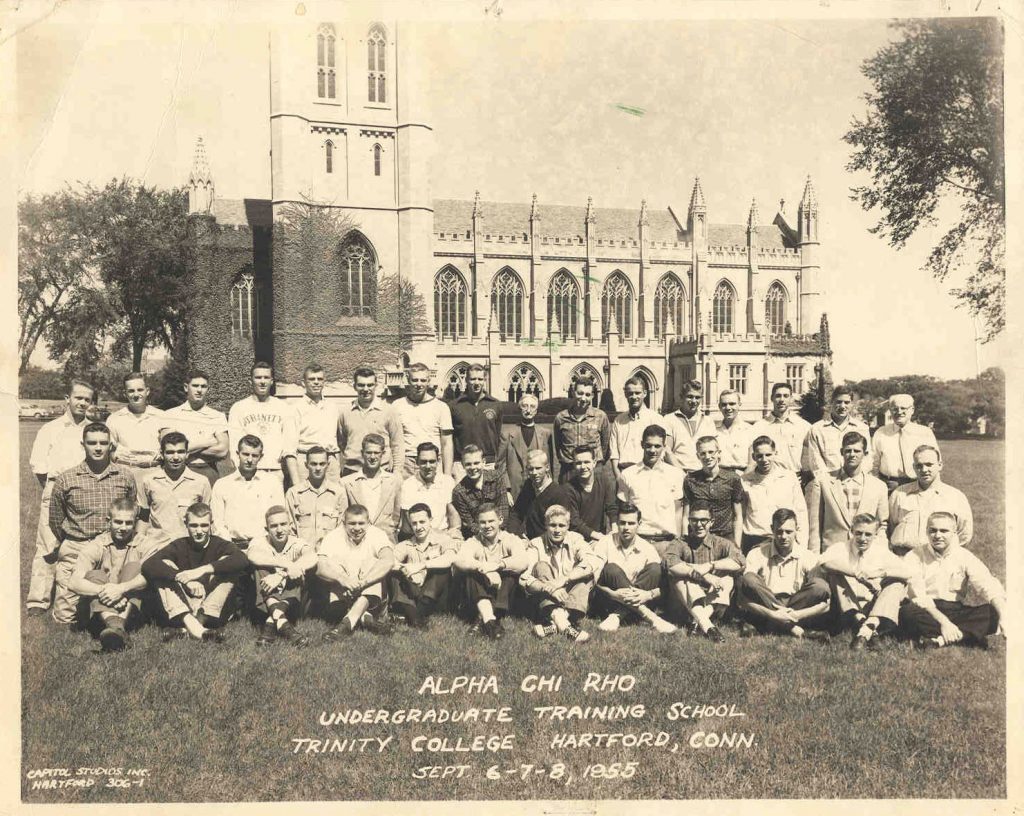 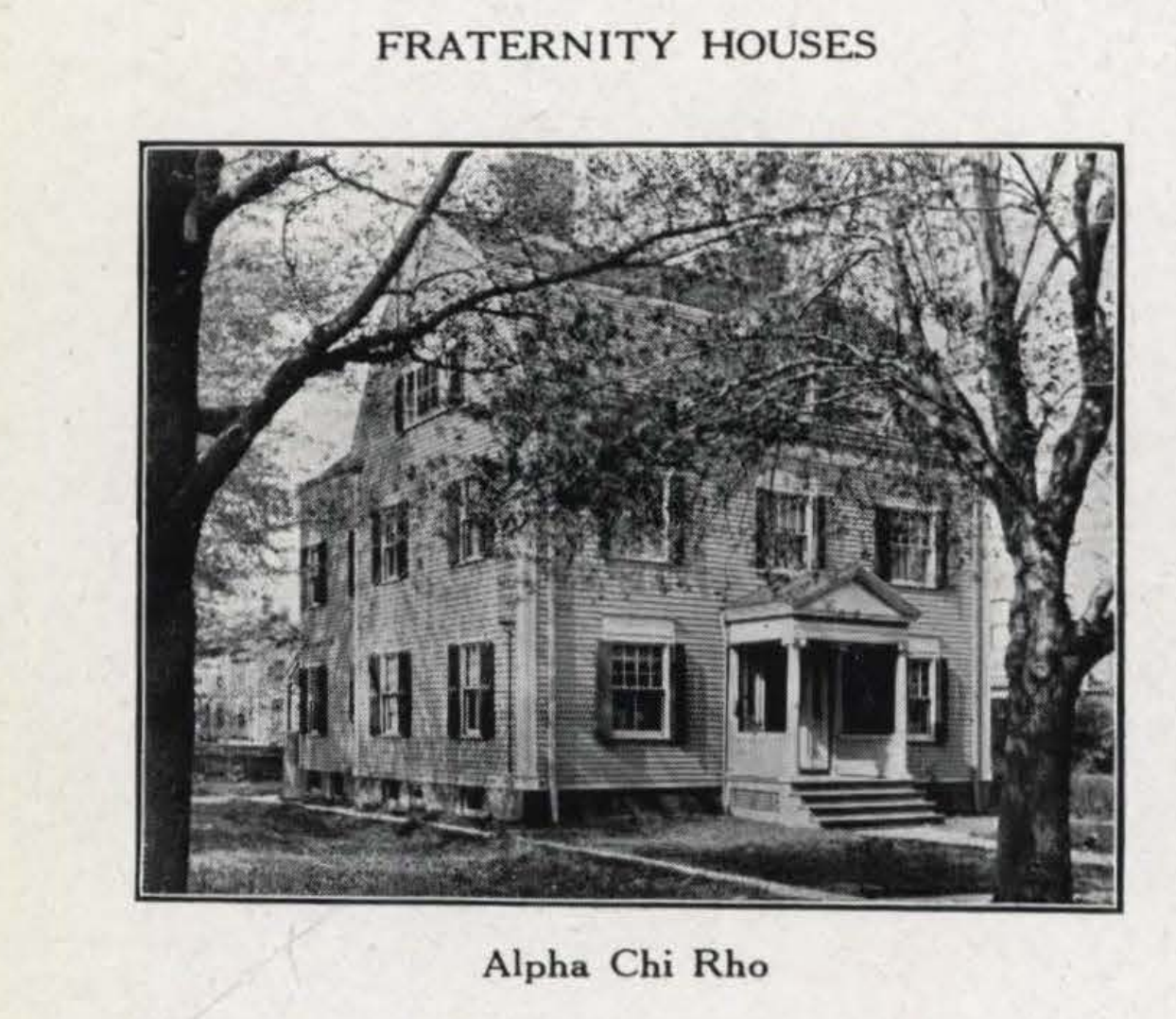 Alpha Chi Rho at their house on Allen Place in 2012 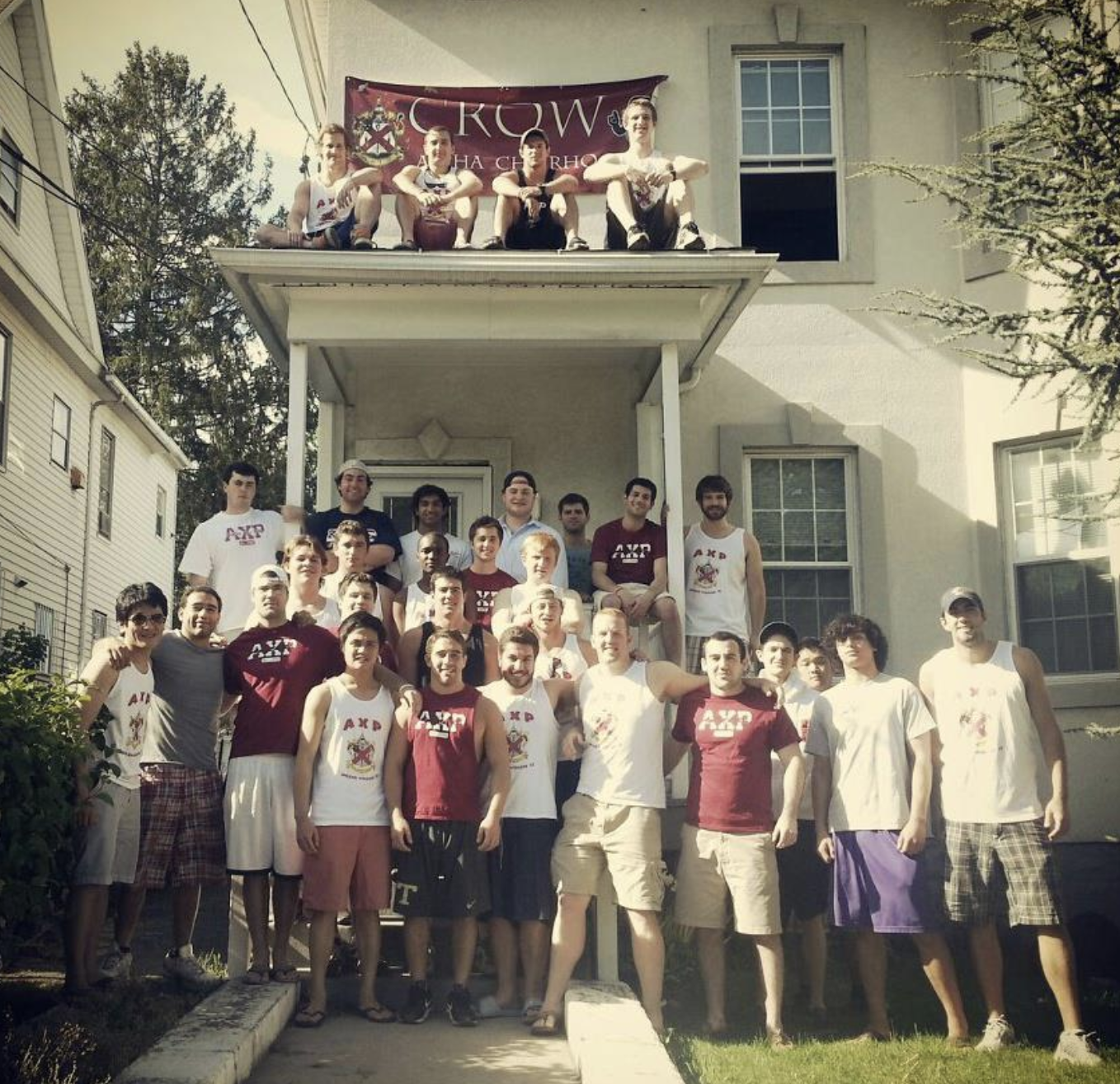 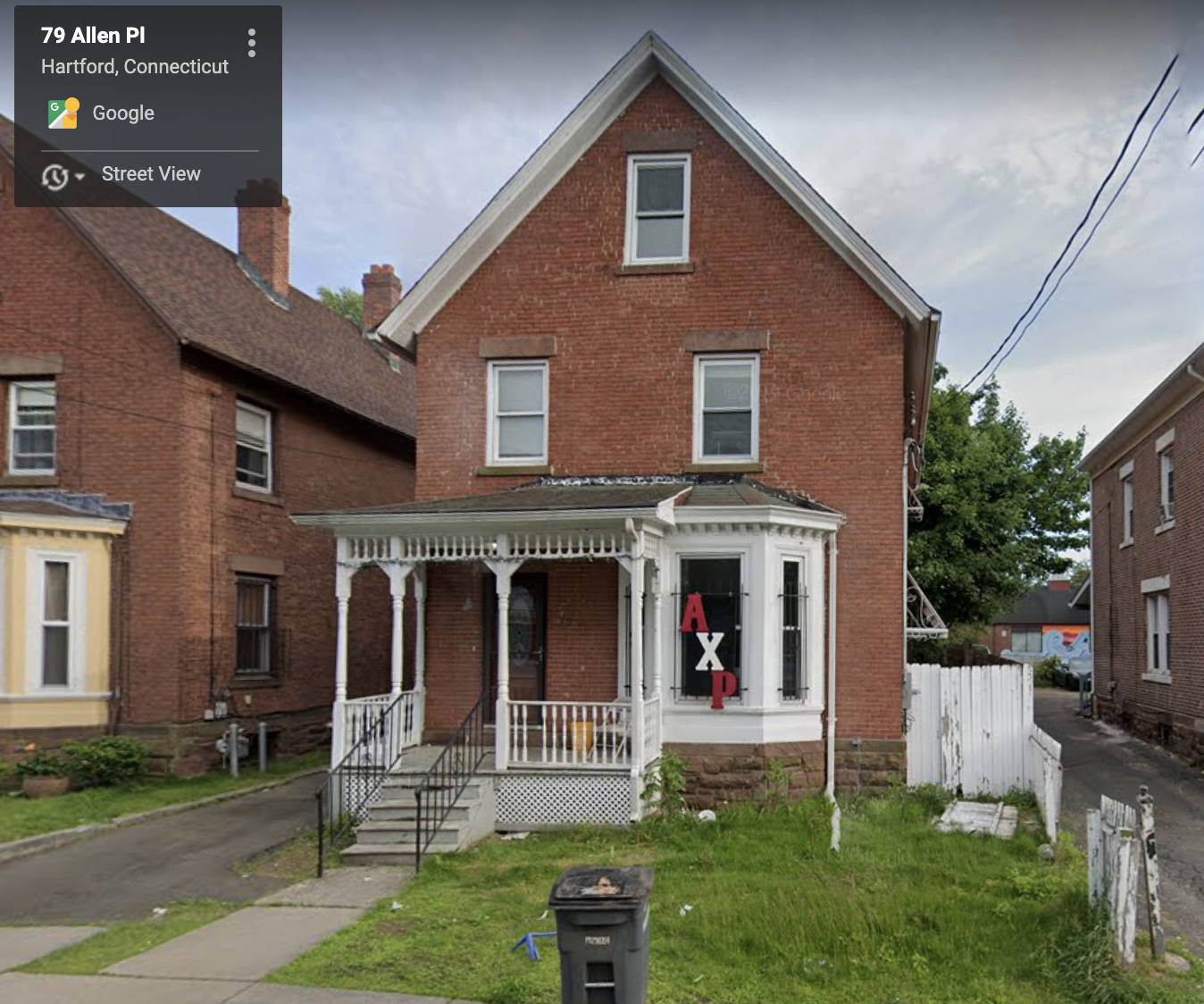 Carl's father Reverend Ziegler who attended Trinity wanted to found a Greek Letter society. He wrote a document on his beliefs of what the brotherhood should stand for in what they call the "exoteric manual of Alpha Chi Rho". The document would be the first non-secret statement that clearly listed the principles of the new fraternity. There were three men that accepted the first manual and they were Paul and Carl Ziegler and Herbert Sheriff.

At the time all the active fraternities on Trinity's campus were apart of old prestigious national organizations and many had doubts of the survival of Alpha Chi Rho. The first meeting was help on June 4th 1895, and at the meeting they decided to name the chapter "Phi Psi". After 2 years Carl Ziegler and Herbert Sheriff were ready to graduate in 1897 and left the brotherhood in the hands of 17 brothers. This size was remarkable, because the fraternity had become one of the largest on campus with 1/6 of the student body in Alpha Chi Rho.

It was the first fraternity on campus that accepted local students that were called "townies" as members. The fraternity at this time was beginning to spread across New England to other colleges. On June 23rd and 24th in 1896 they held the first convention in Hartford where they elected a president who served only the duration of the meeting.

The chapter house of Alpha Chi Rho was located where Vernon Social currently stands from 1940-1995. Following the announcement of creating all co-ed Greek Life on Trinity campus in 1995, the fraternity closed temporarily. The property where the chapter house stood was then sold to the school. In 2000 the chapter was welcomed back on campus and moved locations a couple of times. The new chapter house now stands at 79 Allen Place and had been linked closely to the Trinity Football Team.