Cochran Chapel was the final element of architect Charles Platt's grand building campaign of the central campus begun in 1923. Originally planned for the site of the Addison Gallery, its relocation to Chapel Avenue forced Platt to reorganize the entire street. On its new site, Platt adjusted the chapel to align with the Memorial Bell Tower, instead of simply parallel Main Street, to reinforce the north-south axis of the Great Lawn. 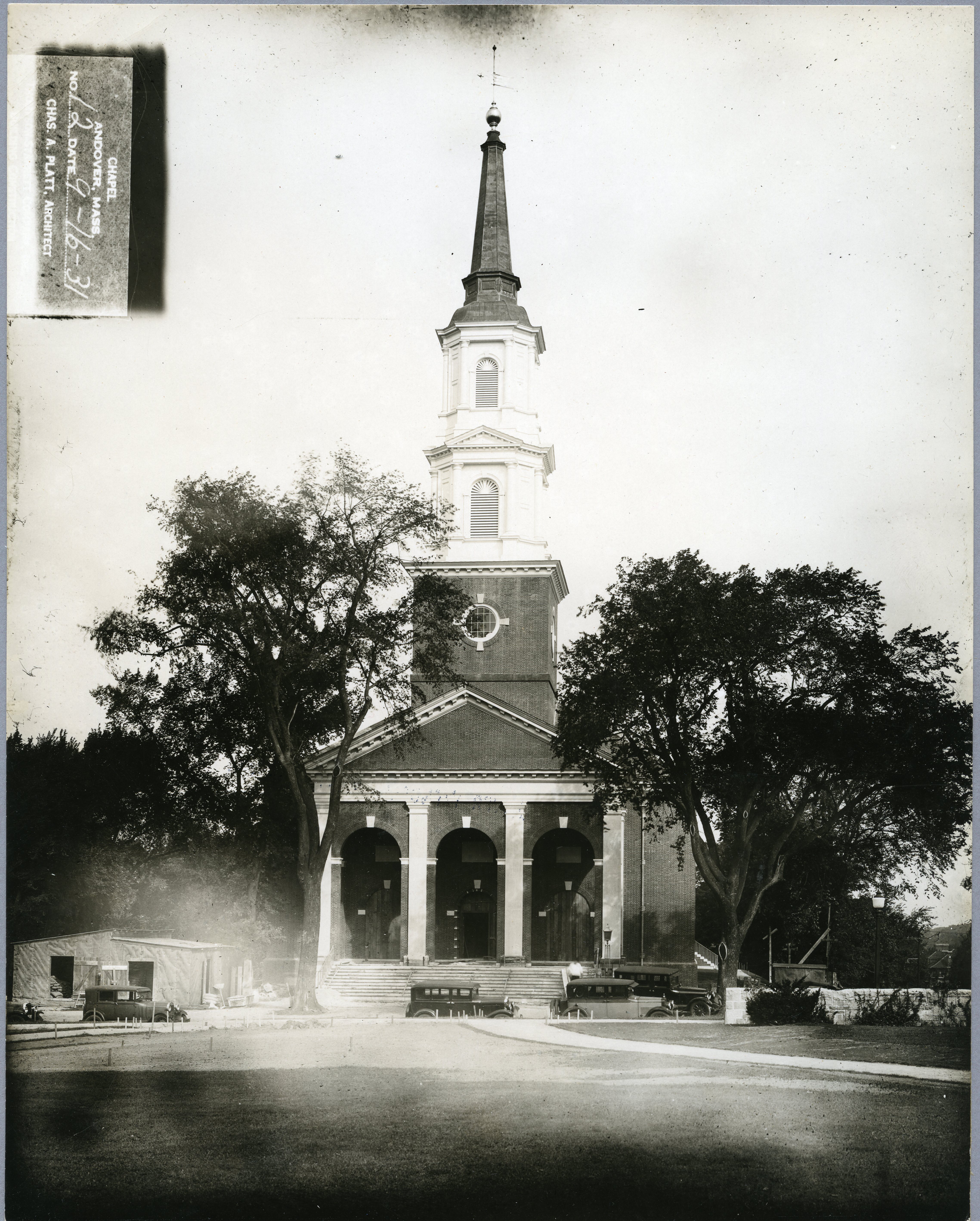 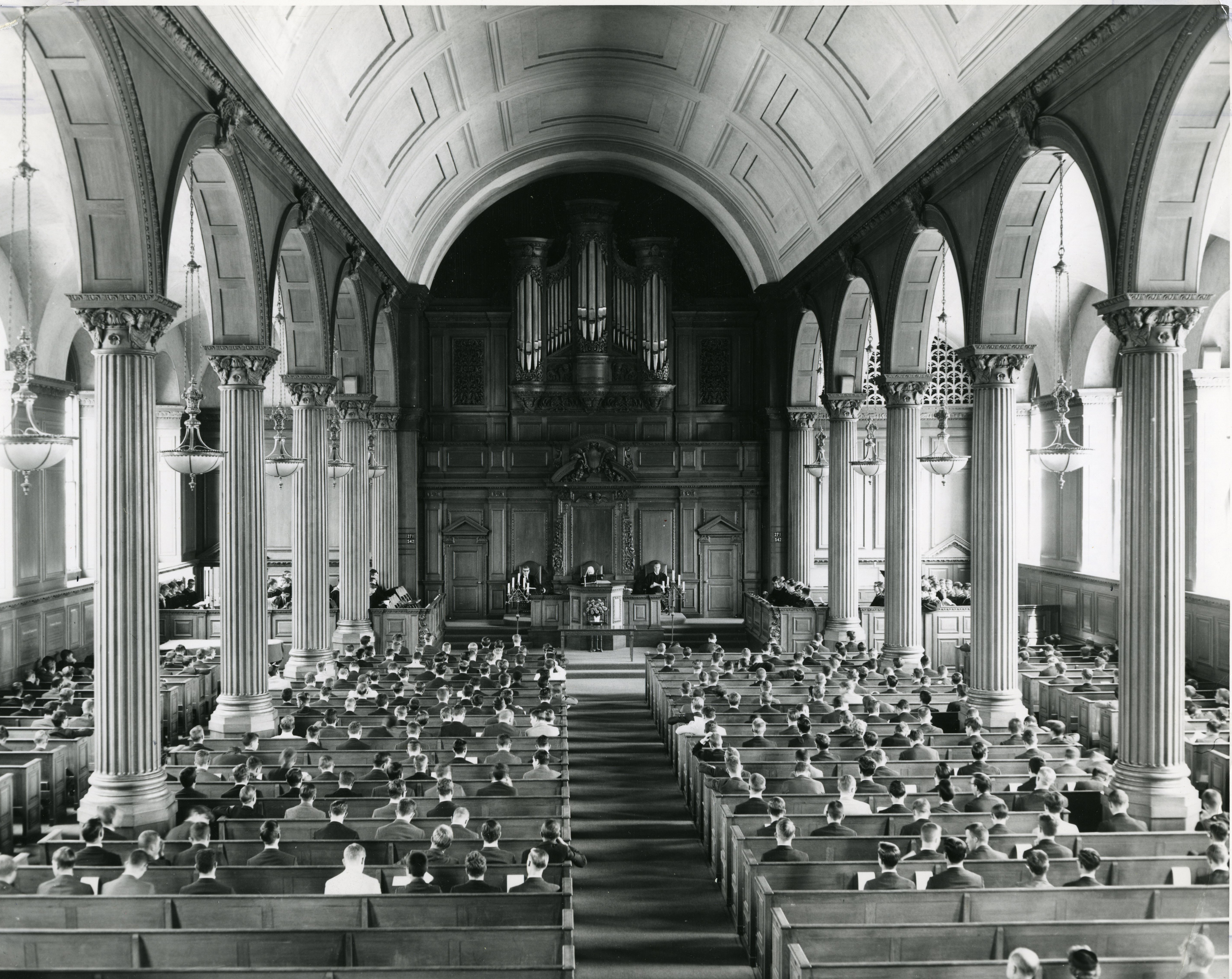 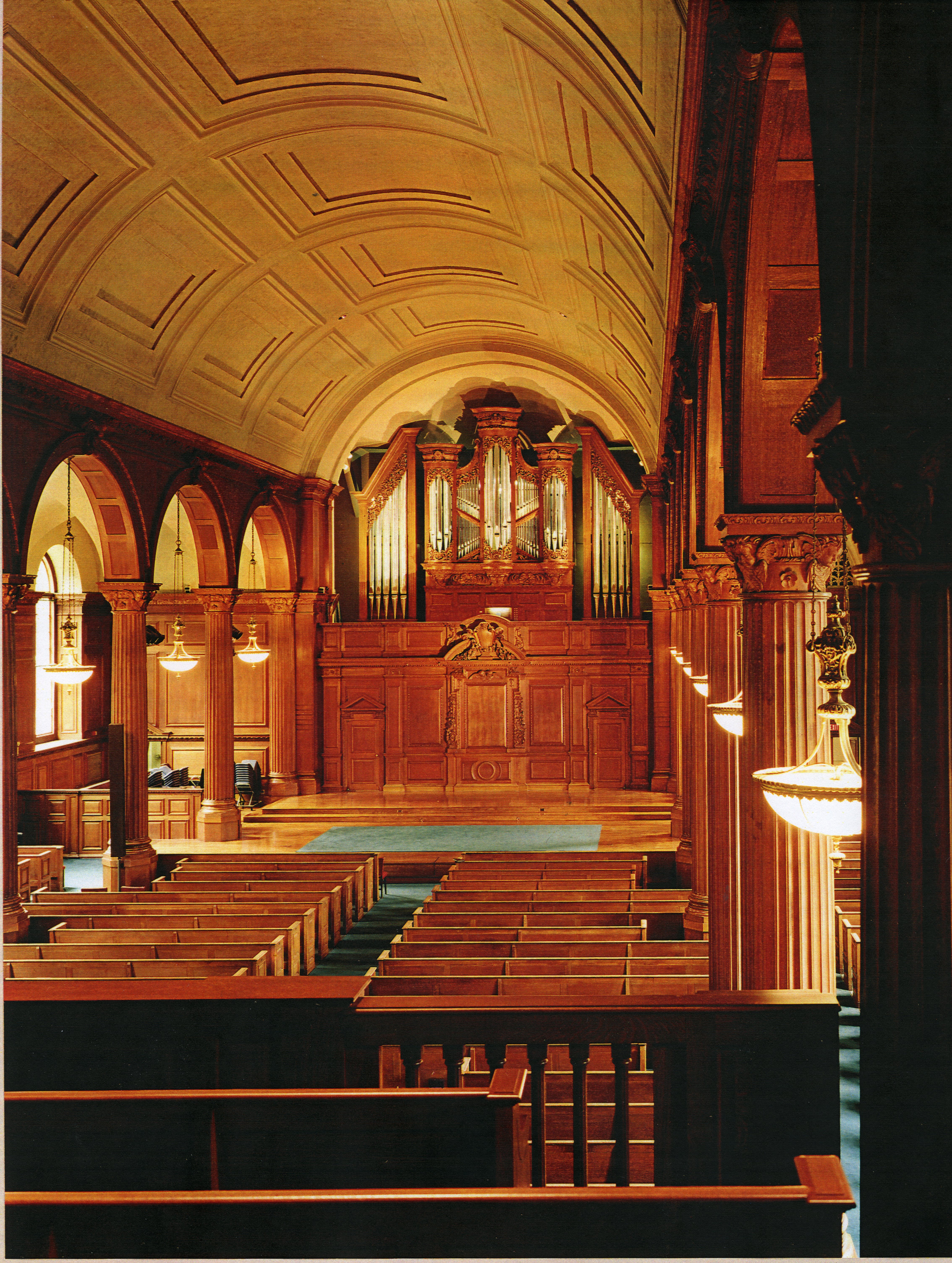 Cochran Chapel was named by Phillips Academy trustees in memory of trustee donor Thomas Cochran's parents. This culminated architect Charles Platt's work at Andover and would be one of the last buildings he designed. Despite being in the throes of his final bout of depression, Cochran was able to attend the dedication of Cochran Chapel in May 1932 before his death in 1933.

Like many other Platt buildings on campus, the Chapel is colonial revival brick, granite and limestone structure. Acording to Platt historian Keith Morgan, the portico was modeled on the Lancaster, Massachusetts, meeting house designed in 1817 by Charles Bulfinch. Similarly the 200-foot steeple with square brick base punctuated by round windows on all four sides, two lanterns, and an octagonal copper-sheathed spire, is thought to be based on Philip Hooker's Second Presbyterian Church in Albany. In contrast to its colonial shell, the interior is surprisingly opulent.

Numerous minor renovations were completed in the 1970s and 1980s. The original stationary pulpit was removed in 1990 to accommodate choral and theatrical uses of the building. In 1999 a small organ balcony at the back of the sanctuary was expanded by Ann Beha & Associates of Boston, making space for the entire student body and faculty to assemble for weekly all-school meetings.