Originally constructed in 1882, the Clement Geitner House was the first brick house in its northwest Hickory neighborhood and one of the first in the city. The Geitner family operated a tannery and established themselves as major figures in the economic growth of Hickory during the late-nineteenth century. The primary historical significance of this building comes from its association with the Geitner family. Although no longer associated with the house, the Geitner family continues as an important family in present day Hickory. Additionally, beginning in 1938, the home was used by the American Legion and, in 1962, by the Piedmont Natural Gas Company. Today, the building houses the business Jenny's Gifts and Accessories.

The front of the Clement Geitner House 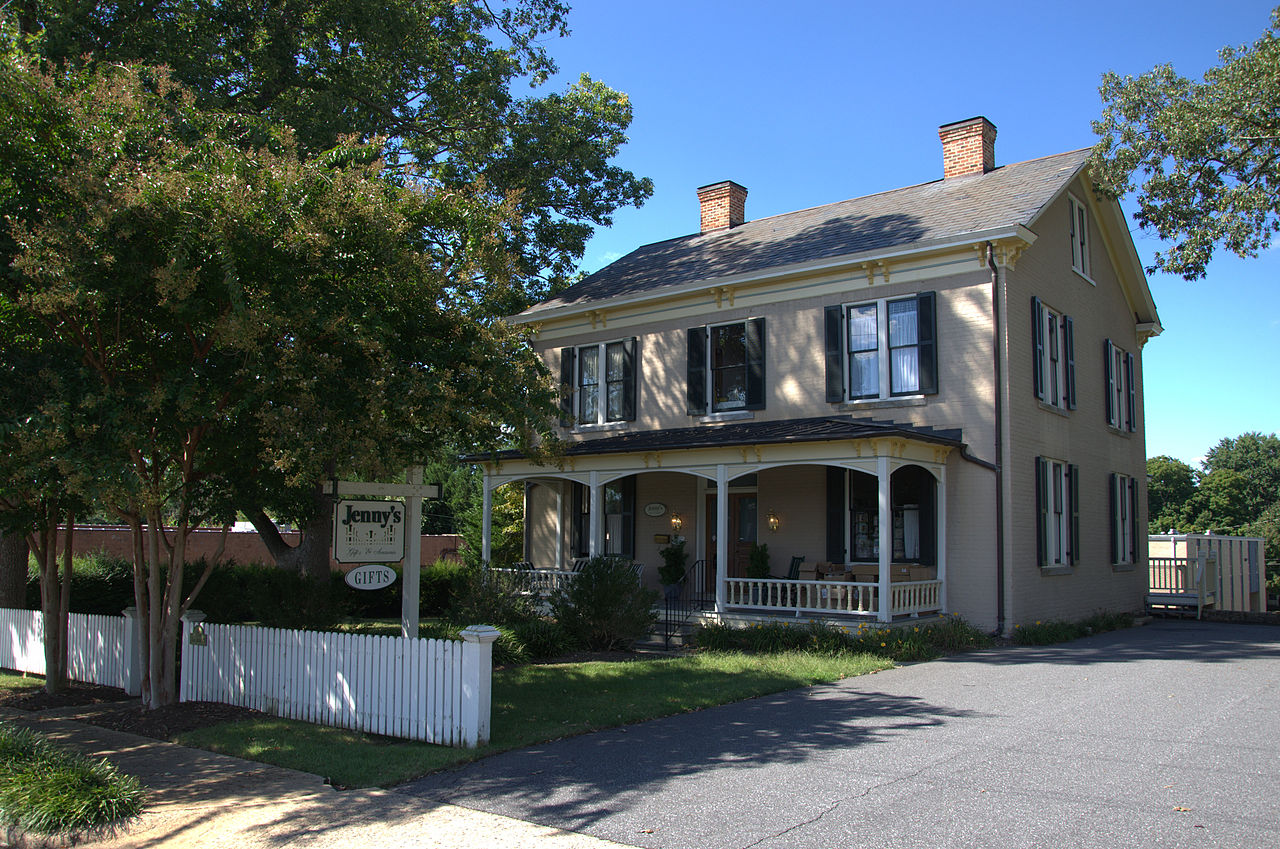 Clement Geitner was born in 1825 as a native of the Moravian village of Lititz, Pennsylvania, where he worked as a tanner. In 1881, he decided to move his tannery to Hickory, drawn by the town's need for a tannery and ample supply of labor and oak trees. Geitner and his wife, Frances Royer Geitner, purchased a town lot from Isaac A. Hartsell, a former mayor of Hickory, for $800 dollars, where he constructed the two-story Geitner House for his family. The home is notable for being the first brick house in the northwest neighborhood and one of the first brick buildings to be constructed in the town. The Geitner’s brought three of their seven kids to North Carolina with them: Charles, Mary, and Ellen. Two of the seven children had died prior to the move. In 1882, the other two children, Emma, who stayed behind to finish her schooling, and George Harvey Geitner, moved to Hickory to be with their parents.

The Geitner’s arrived in town right when Hickory was establishing itself as a major trading center, and the tannery played a part in the town’s successful evolution. However, the lack of a bank hindered the potential for growth. By 1891, however, the First National Bank of Hickory was founded; Clement Geitner served on the board of directors, and became a well-known member of the community. Though he passed away in 1908, his impact lasted beyond his years, as his children held prestigious positions and were seen as pillars of the community.

Charles, who was elected as mayor from 1913 to 1914, served on the board of directors for the First National Bank of Hickory and operated his father’s tannery until 1930, when it was closed to the public. George also served a term as mayor and was a member on the First National Bank of Hickory’s board of directors; he also held interest in successful local businesses, such as the Piedmont Wagon Company, and was appointed as a trustee of the Appalachian State Teacher’s College, which is now known as Appalachian State University. Likewise, Mary, who was bequeathed the family home upon Clement’s death, founded the Traveler’s Club, was a member of the Hickory Book Club, and worked for the American Red Cross during World War I.

When Mary passed away in 1930, George became the owner of the family home. He did not live in the home and instead sold the building in 1938, when the American Legion gas company purchased the home and used it as their headquarters. In 1962, the building was sold to the Piedmont Gas Company. Though the building was occupied for so long by these businesses, the historical integrity of the home was well preserved. Today, the building houses the business Jenny’s Gifts and Accessories.

The Geitner House's primary historical significance comes from its association with the Geitner family, and the home was added to the National Register of Historic Places in 1985. Although no longer associated with the house, the Geitner family continues as an important family in present day Hickory.