The Hoover Dam, located at the Arizona-Nevada border, serves a concrete structure to maintain the Colorado River. Construction for the dam began in 1931 during Herbert Hoover’s presidency, and it was finished in 1935 during Franklin Roosevelt’s presidency. After much controversy, President Harry Truman officially named the structure the Hoover Dam after Herbert Hoover in 1947. We can thank the construction of the Hoover Dam for many of the prominent cities surrounding the area like Los Angeles, Las Vegas, and Phoenix. 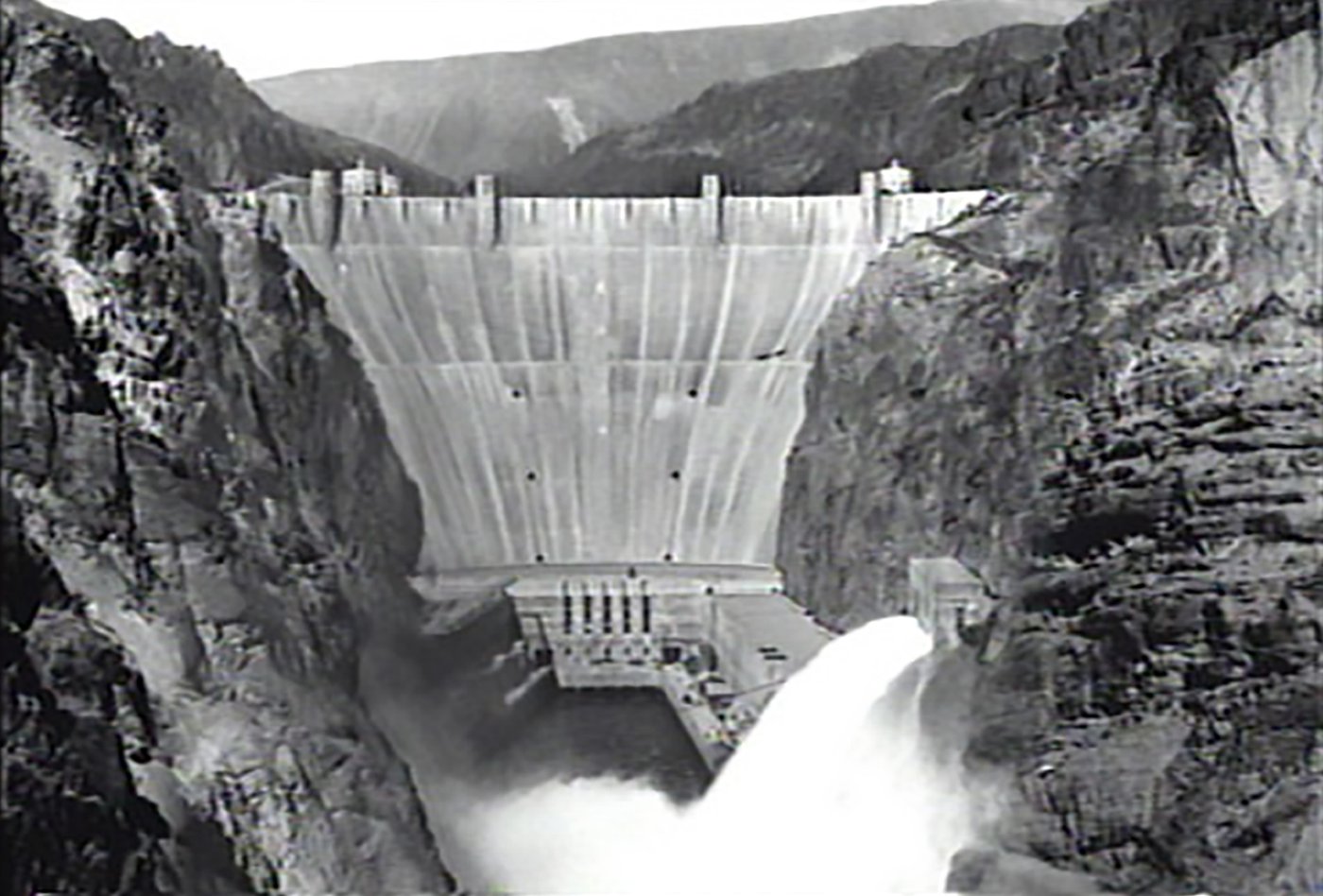 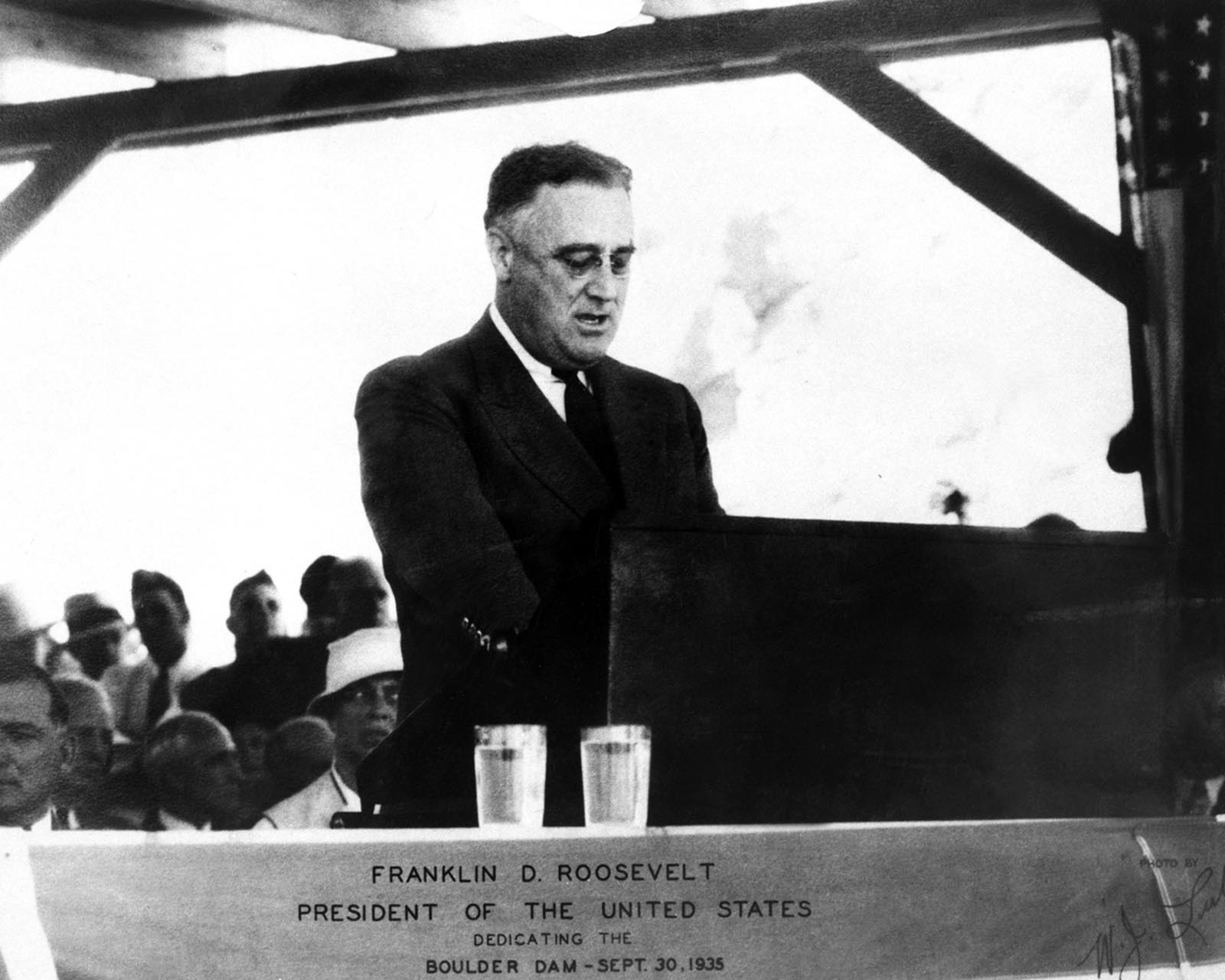 When most of us think of the Hoover Dam, we think of an iconic tourist attraction on the Arizona-Nevada border that keeps the Colorado River at bay. More specifically, the dam sits in the Black Canyon of the Colorado River, and it was part of the Boulder Canyon Project Act (Hoover Dam). We may also think about the thousands of bodies that may or may not be buried with in the massive slab of concrete. We may even think about many of the major cities in the Hoover Dam’s surrounding area that grew in prominence because of its construction. But, what we often do not think about is the intense controversy surrounding the actual name “Hoover Dam.” Before construction for the dam began in 1931, Republican President Herbert Hoover’s Secretary of Interior, Ray Lyman Wilbur, proclaimed, “I have the honor to name this da after a great engineer, who really started this greatest project of all time—the Hoover Dam!” (Rothman). However, the dam went by another name before it was officially declared what we call it today. The naming drama surrounding the Hoover Dam reveals insight into presidential pettiness and how simple happenings can become intensely political.

During the time of the Hoover Dam’s construction, the United States held a tradition in which a project was to be named after the law that made the project possible (Rothman). Therefore, the Hoover Dam would have actually been called the Boulder Dam since it was part of the Boulder Canyon Project Act. Wilbur clearly disregarded this tradition in naming the Hoover Dam. This speaks to the pressure on every President and his administration to keep to traditions of the leaders before them. Not only do the American people judge Presidents for not sticking to traditions, other presidents also critique those who broke from the norm. This is overwhelmingly ironic since many praise Presidents and presidential candidates for trying to implement new ideas and policies, but during this particular instance, Wilbur and Hoover experienced some backlash after Hoover’s presidency, which demonstrates how careful Presidents have to be when making even the smallest choices.

President Franklin Roosevelt definitely judged Hoover and Wilbur for breaking this tradition of naming the dam after Hoover instead of the Boulder Canyon Project Act. In 1933, Hoover left office and FDR took his place as the President. The Hoover Dam was officially completed in September 1935 during Roosevelt’s presidency. Roosevelt and the new Secretary of Interior, Harold Ickes, did not think highly of Hoover and his policies (Nix). Additionally, since Hoover left office, he received negative attention, and many Americans blamed him for causing the Great Depression. All of this culminated to FDR declaring the name of the Hoover Dam to be the Boulder Dam. President Roosevelt “was sure to refer to it in his speech as the Boulder Dam” (Rothman), completely undermining Wilbur’s decision during Hoover’s presidency. This pettiness shows how few historical moments occur that are not permeated with passive aggressive politics. One would think the naming of a dam would be spared from any sort of political conflict.

However, the naming of the Hoover Dam was a source of conflict for over ten years following the actual completion of the structure. The American people used both names for the dam, and the name a person chose indicated their political party to which they belong (Rothman). More specifically, those who called it the Hoover Dam identified as Republicans and supporters of Hoover and his policies. Conversely, those who called it the Boulder Dam stuck with President Roosevelt and his liberal leanings. Thanks to this new way of labeling others, the country grew further politically divided. This shows how the naming of the Hoover Dam not only had an effect on the politics between Presidents but also politics amongst the American people. Furthermore, it demonstrates how the debate over the name of the Hoover Dam and the tension between Hoover and Roosevelt infiltrated the public. The scenario still proves how something as trivial—or so we thought—as naming a dam could escalate into a political issue resulting in Presidents clearly expressing their personal feelings about their predecessor and people judging based on what they call the dam in conversation.

Merchants also suffered from the indecision on the name of the Hoover Dam (Rothman). Because Wilbur first called it the Hoover Dam, then Roosevelt called it the Boulder Dam and the names became interchangeable, merchants had a difficult time making souvenirs and deciding what name to use. The political drama surrounding which name people used for the dam made this decision even harder. Merchants would have to remain selective and strategic with the name they used, and this could severely affect their sales. In this way, the Hoover Dam and the issues surrounding its name impacted people’s businesses as well as their personal political standings.

All of this naming drama came to an end thanks to President Harry Truman when he officially declared the name of the dam to be the Hoover Dam in 1947 (Nix). Both President Truman and Congress decided to honor Hoover and end the political divisions surrounding the Hoover Dam. Truman’s decision defied party standards that Roosevelt had held during his presidency. President Truman was a member of the Democratic Party while Hoover was a Republican, so Truman’s decision shows that the long-lasting, seemingly unrelenting tradition of political pettiness can be changed with time and remembrance of the good things Presidents have left the American people as well as the negative things.

While we may not have realized at first, the Hoover Dam was a source of presidential and political tension for those in office and the rest of the American public. Now, when we visit the largest concrete structure in the Western Hemisphere, we can remember the political turmoil and unrest that went into the name alone. And, we can think about the breaking of political party norms that resolved the issue in ways that honored the positive aspects of one our former leaders, reminding us that we are all known for our mistakes but also our great successes.