The Tomb of James K. and Sarah Polk

This tomb has served as the final resting place for President James Polk and First Lady Sarah Polk since 1893. This burial site was selected following the demolition of Polk Place which was located nearby in Nashville. Polk Place served as the family home and this was the location where James Polk was buried in 1849. Polk died only 103 days after his term as President ended, but his wife Sarah Childress Polk lived on until 1891. However, urban development and the sale of the property by the Polk heirs led to the decision to rebury the couple at this tomb just two years after Sarah's internment. In recent years, there have been several attempts to move the tomb and remains to the James Polk Home and Museum in Columbia, a home that was built by James Polk's father Samuel Polk. 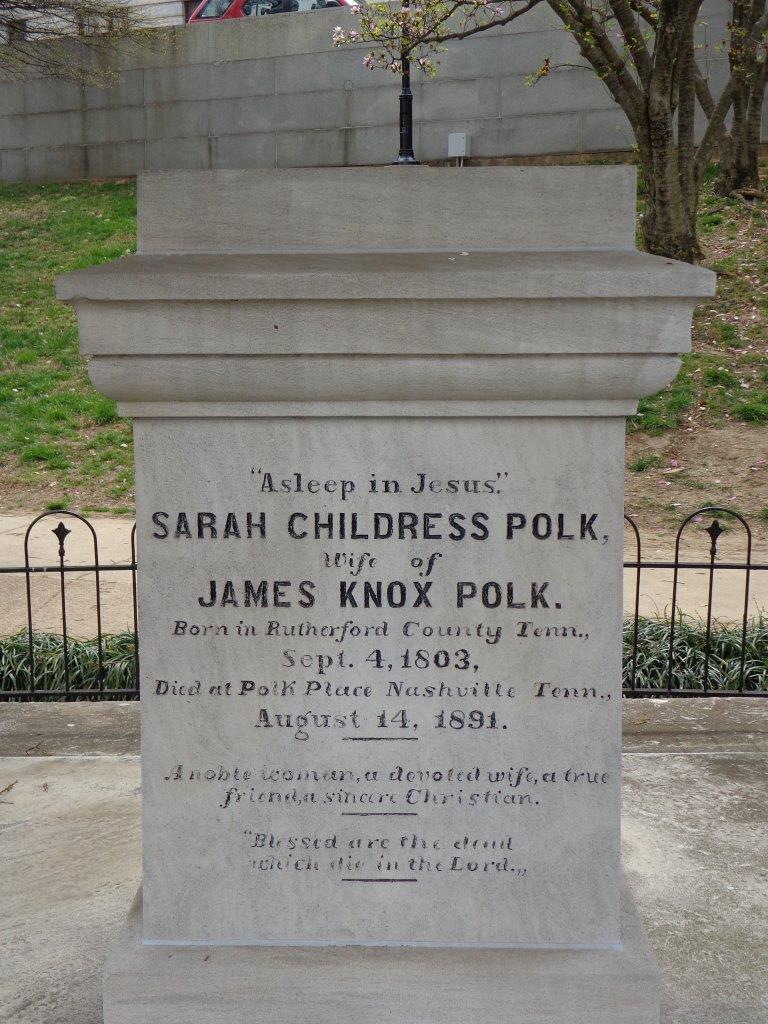 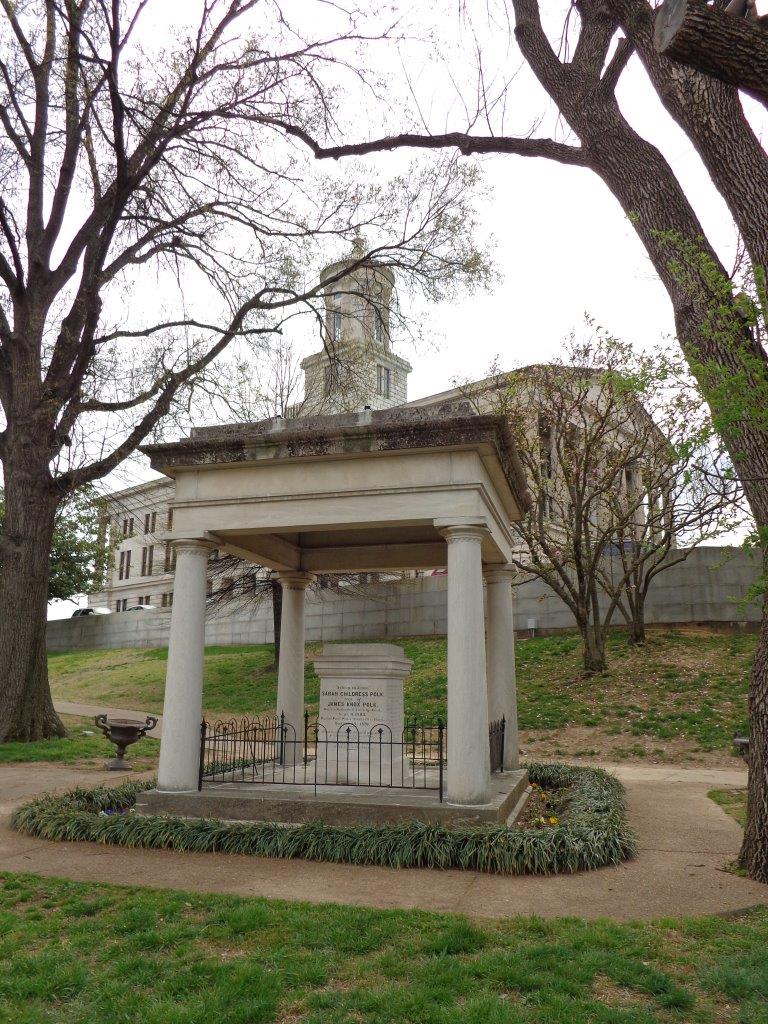 According to the Washington Post, James is referred to as “The dead president who never rests in peace.” James Polk’s remains had been moved multiple times, and the issue of whether this tomb was the proper place for the remains of the President and First Lady was once again raised in 2018. After James died during the cholera outbreak in 1849, he was originally buried at the Nashville City Cemetery in a temporary grave. He was then moved to Polk Place, James’s home. His wife Sarah was buried next to him. Polk's home fell into disrepair and changed owners, and after attempts by preservationists failed, the Polk’s heirs sold the property and the history home was demolished. That property is now home to a YMCA and the Capitol Hotel.

Due to the demolition, James and Sarah’s request in their will to be buried at Polk Place was in question and local officials decided to construct this tomb on the state capitol grounds. A historic landmark that is protected by state laws, this tomb is located across from the original Polk Place site and near the statue of President Andrew Jackson.

The most recent debate is about determining whether or not the Polk Tomb would be moved to the James Polk Home and Museum in Columbia. There are various opinions on the question of whether the remains of the President and First Lady should remain or be moved once again. In a report from The New York Times, supporters of the move claim that they want to honor Polk’s will, even though it stated that they wished to be buried by Polk Place. Thomas Price, the curator of the Polk Home and Museum, believes that Polk did not want to be buried in Nashville specifically, but rather, by a place that he was familiar with and loved. The Polk Home was built by James Polk’s father, and the Polk grave is often overlooked by visitors to the state capitol which would not be the case if the remains were moved to a landmark dedicated to preserving the history of the Polk family. State senator Joey Hensley claims that Polk’s current spot is not ideal for visitors, but critics of the move cite the cost and believe that the Polks should remain near the site of their home.

In March of 2018, this proposal initially ended with one vote short so no action was taken to move the tomb. However, a month later, the House of Representatives then approved a resolution to relocate the Polk Tomb. It was passed by 51-37 votes, only one away from the required minimum. The proposal was then sent to Gov. Bill Haslam, who had originally opposed the movement. And measure to move the remains and tomb would also require approval from the Tennessee Historical Commission, the Capitol Commission, and might also lead to a court case.

Polk has a short presidency and was known as “the dark horse candidate” leading up to his election in reference to the unlikeliness of his nomination. During his presidency, Polk’s main activities centered on the acquisition of additional territory. This included sending troops near Mexico and claiming parts of Mexico's land in order to provoke armed conflict as a pretext for sending more troops and eventually fighting a short war for territory. The ploy was successful although it cost many lives, starting with eleven U.S. soldiers who were killed by Mexican troops. This resulted in Polk requesting a declaration of war, which led to the Mexican-American War. Critics, including Ulysses S. Grant, believed that war was an unnecessary conflict while others feared that the acquisition of any new territory from Mexico would increase the power of slave states. Today, Polk is rarely viewed in a positive light by historians but remains a significant figure in American history.