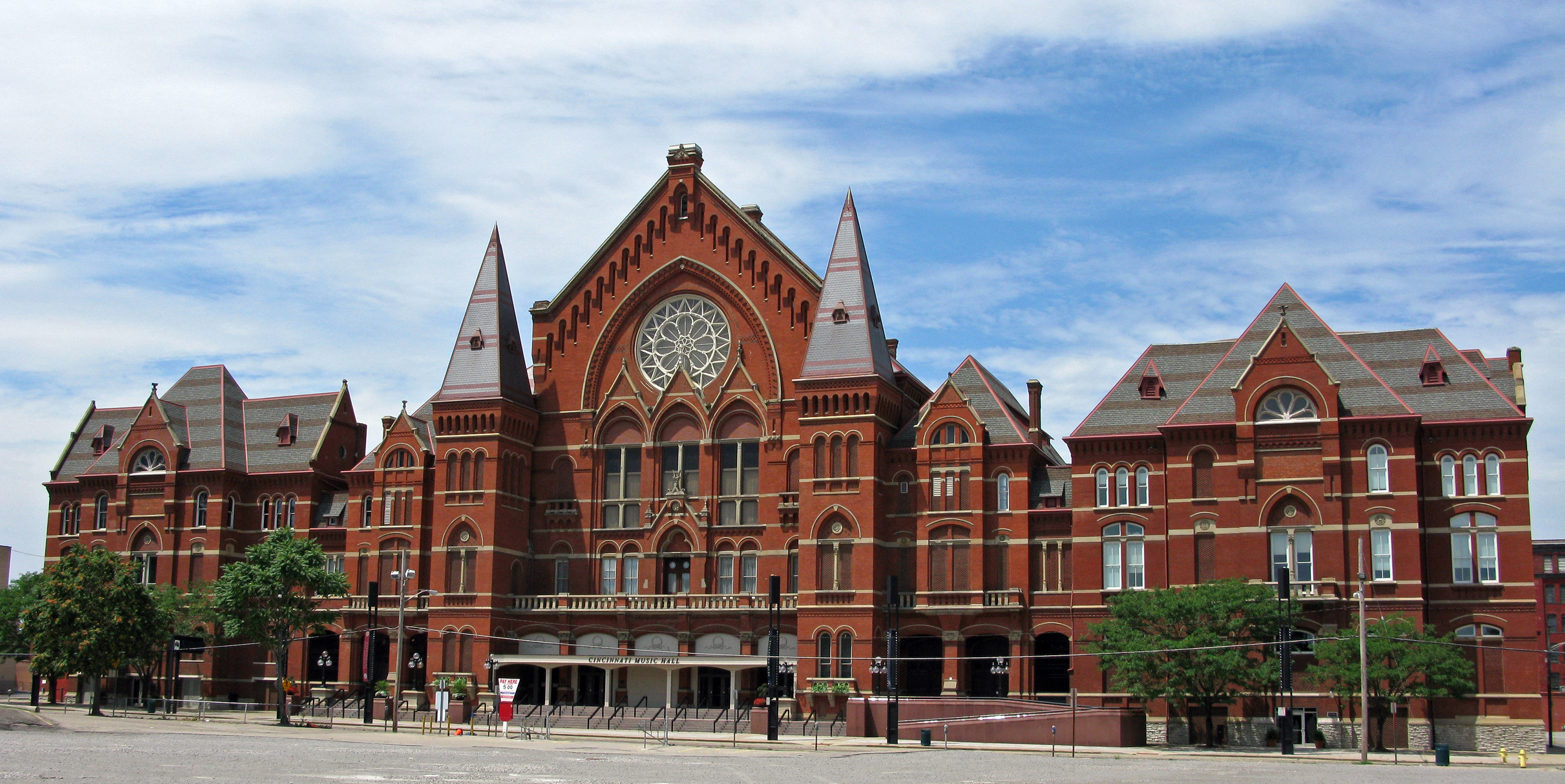 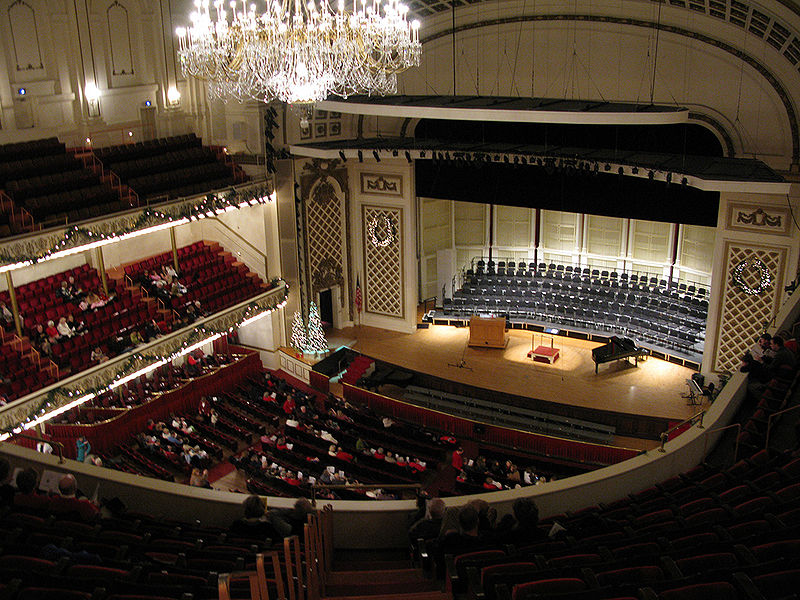 Early photo of the Music Hall 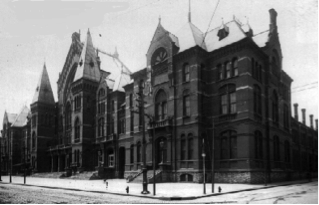 Interior of the main auditorium 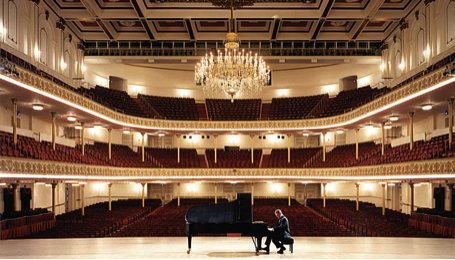 The music hall was constructed in 1878 by what is considered to be the first grant matching fundraiser. A businessman by the name of Reuben Springer was attending a music festival in 1875 at a music hall with a tin roof when a sever thunderstorm broke out. The storm and rain became so loud against the tin roof that the conductor had to stop the performance. Springer became enraged and stated that a new building was needed. He offered to donate $125,000 dollars as long as the community could make a matching donation. Springer would go on to donate over a hundred thousand more dollars in funds before it was all said and done.

The music hall was built out of 3,858,000 bricks and has a gothic Victorian revival theme that even includes turrets on the outside. The hall itself is like three buildings in one. It has a main auditorium and two additional side wings for exhibitions. Ballets, plays, concerts, car shows, sports games, and even proms have been held the music hall. The main auditorium boasts a two-ton chandelier that was added in 1969.

In 1821, the Ohio State Legislature established "a Commercial Hospital and Lunatic Asylum for the state of Ohio." This was Ohio's first insane asylum. Around 1832, a cholera outbreak in Cincinnati killed 832 people and resulted in a large number of orphans. To house the orphans, the city constructed the "Cincinnati Orphan Asylum." The ground around the building became a common grave. The hospital buried suicides, strangers, and the homeless of Cincinnati, but instead of using coffins, they simply bundled-up the deceased and dropped them into the ground.

The land was used as a “pauper’s cemetery” for the next 20 years. Serious complaints forced them to relocate out of the city limits. In 1859, the city turned the property into a park called Elm Street Park. It was turned over to the Music Hall Association in 1876. Since there were no marked graves on the land, Music Hall was just built over top of them. In 1988, while digging a new elevator shaft, workers discovered over 200 human bones.

Since these findings, Music Hall has got a reputation of being one of the most haunted places in America. The show “Ghost Hunters” did an episode at Music Hall and it was selected as one of The Travel Channel’s Most Terrifying Places in America.

Besides its haunted reputation, Music Hall remains a popular destination for audiences for many other reasons. It is often used for weddings, dances, corporate meetings, and trade shows.