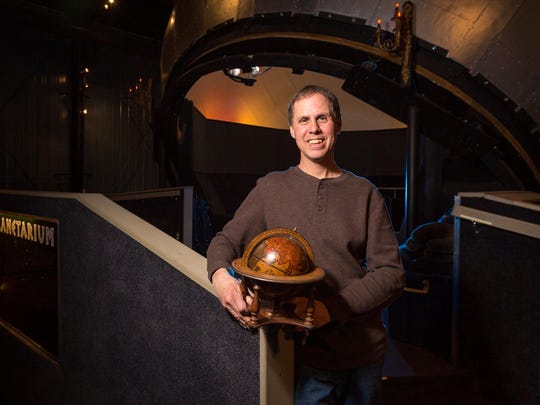 The planetarium is 22 feet wide and 25 feet tall. 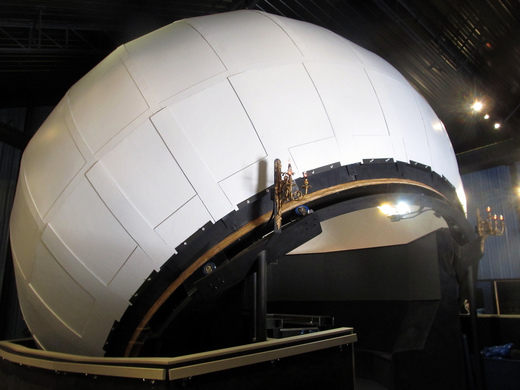 Frank Kovac hand-painted over 5,000 stars in his planetarium 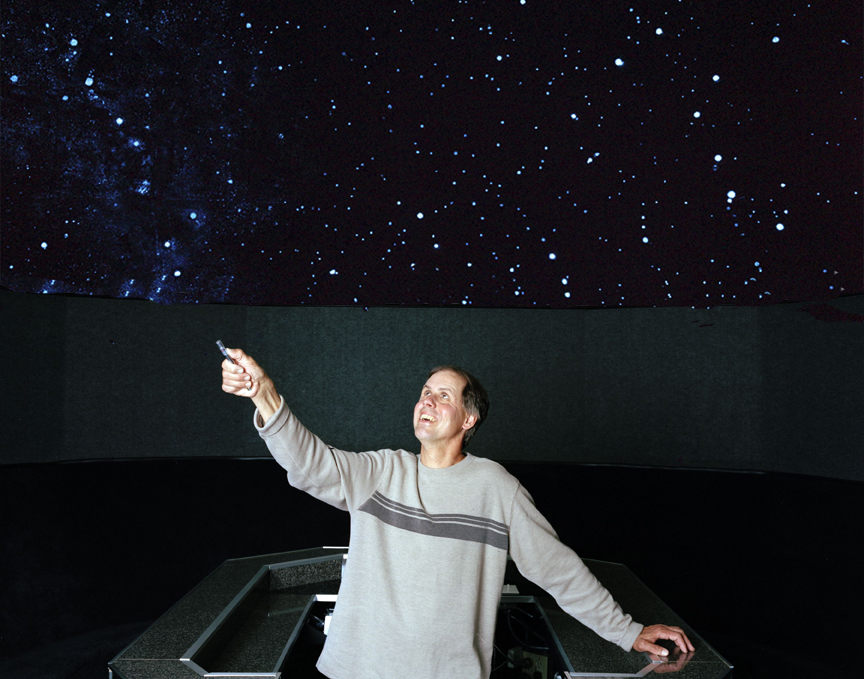 Frank Kovac had the idea to build his planetarium after a trip to the Mud Creek Observatory with his fellow Boy Scouts, in October of 1996. On this trip, clouds covered the sky and made stargazing impossible. Annoyed at the clouds for, in his words, "obscuring the universe," Kovac decided to create his own celestial sphere.

The rotating globe was built in Kovac's backyard over a five year period, from 1997 to 2002. It opened to the public in 2007. The globe weighs two tons and has a 22-foot diameter. At 25-feet high, the planetarium can seat up to thirty people. Frank Kovac hand painted over 5,000 stars using a small brush and glow-in-the-dark paint. The Milky Way was sponged on. Kovac built planetarium to be very low-tech with mostly basic materials one could find at a hardware store. The most expensive material was the high-quality fluorescent paint costing hundreds of dollars per can, but this makes the stars look so real they seem to twinkle.

The planetarium was closed ten years after its opening when Frank Kovac decided it had proven to be too much of a task to take on. The strain of maintaining full-time employment that can operate a high-quality program and handle large crowds ultimately led to its closing. Kovac has considered selling the planetarium to an individual or group to operate. If it did not sell, he considers reopening it after his retirement. Currently, the planetarium remains in Kovac's possession.