President Dwight D. Eisenhower was the 34th President of the United States of America. He was in office during the years of 1953-1961. He served two terms as president after fulfilling a successful career in the military. His service in the armed forces and his time at West Point made him passionate to learn about the battle of Gettysburg and pushed him to buy this home. The property is only accessible to the public by purchasing a ticket at the Gettysburg National Military Park Visitors Center and riding to the property on the trolley. 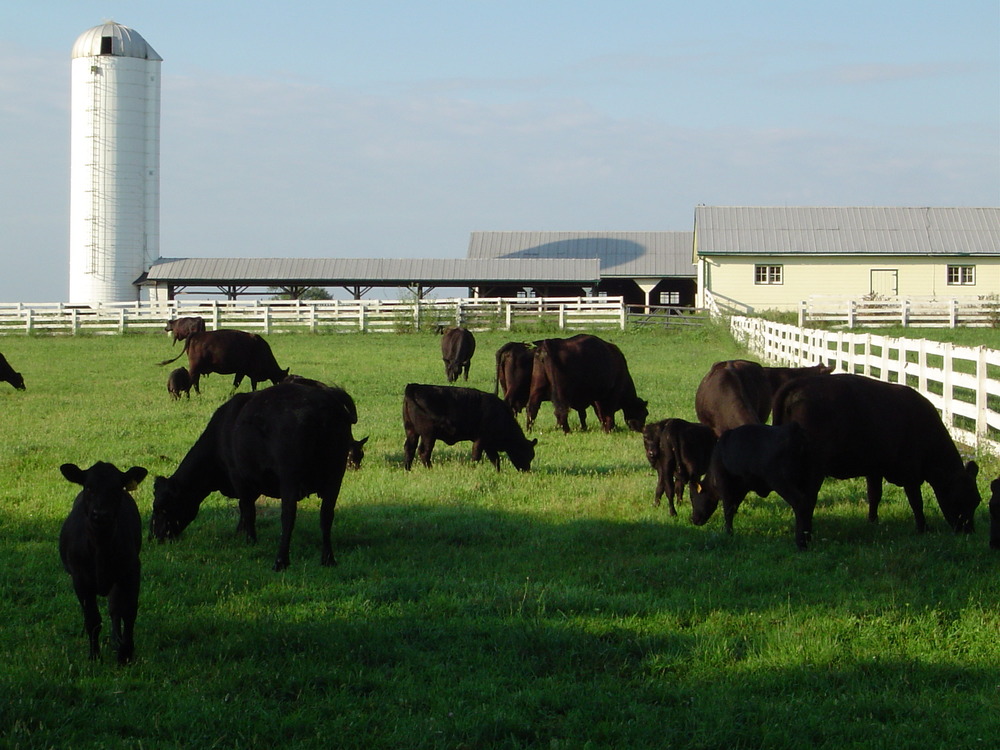 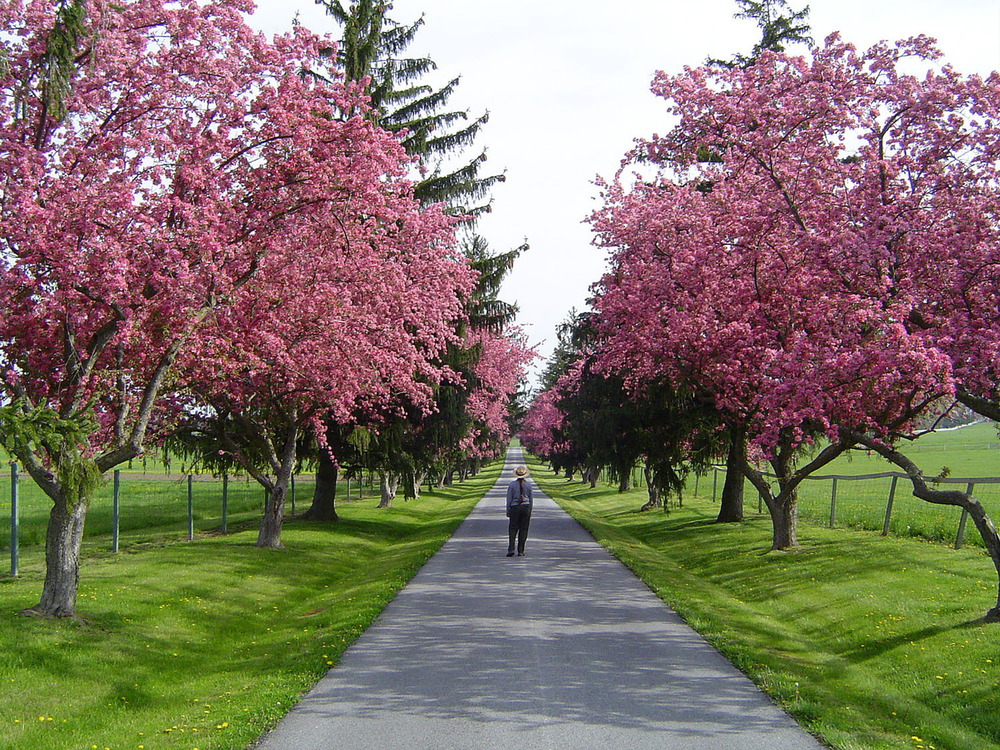 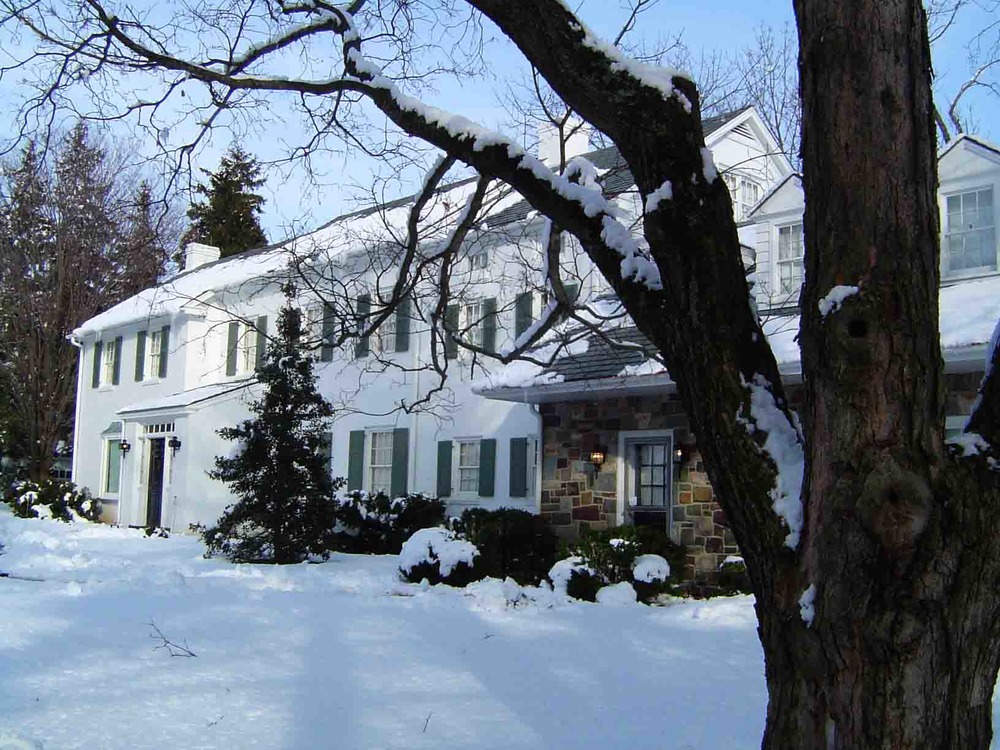 The farm itself and the surrounding area that the National Park Service has taken under its care is just under 700 acres. It sits in Cumberland Township, just outside the town of Gettysburg. Gettysburg is a town located in the southern portion of Pennsylvania. It may seem like a simple town, surrounded by rolling hills and farm land. However, it was the site of the northern most battle during the Civil War. It was fought between the Union and the Confederate Armies. It started early in the morning on July 1st, 1863 and ended late in the afternoon on July 3rd, 1863. The battle is seen as the turning point in the war and the farm played an important role for the Confederate Army. The Confederate troops occupied the area that at the time was owned by John Biesecker and rented out to Adam Bollinger. They used the farm as cover from the Union fire that was coming from across the field. The farm is located just over a ridge line from the battle field so it gave the men enough cover to avoid Union cannons and rifle muskets. On the morning of July 4th, the General Robert E Lee and what was left of his Confederate Army used the Sachs Covered Bridge in their retreat, to cross over Marsh Creek, as they headed back to Virginia. Sachs Covered Bridge is located just west of the Eisenhower Farm. One of the main routes the army would have had to use to reach Sachs Covered Bridge would have been Millerstown Road. Millerstown Road is the road that the Eisenhower Farm’s driveway connects to. The soldiers would have walked right past the farm during their retreat back to Virginia.

As the bus moves up the long drive way, visitors can notice the Norway Spruce trees that were planted on either side of the driveway. There is one for every state and territory in the union. A fun fact about the trees, after President Eisenhower had his first two heart attacks, he used to take walks down the front lane for exercise. When he would return back to the house, he would tell Mrs. Eisenhower that he would say “I made it all the way to Michigan, or Florida, or Oregon…” If he had made it all the way to the end of the drive, he would say he made it all the way to Texas as that was the last tree in the line. On the property there are several buildings you will see as you move through the farm. There are the main buildings from “farm 1” that you will see shortly after you come onto the property. The main house, the Bank Barn #1, and the guest house will all be in clear view from the first part of the farm. The guest house was previously used as a garage by the Redding’s, the family who lived in the house prior to the Eisenhower’s purchasing the property in 1951. The guest house was renovated in 1955 and has 2 bedrooms and 1 bathroom. The main house dated back to the mid 1700’s and when the Eisenhower’s purchased the property they had to redo the bulk of the house. They rebuilt the house step by step, often having to redo parts as Mamie forgot details as they went. Reconstruction was finished in 1955. The Bank Barn served as the garage for the vehicles in part if the lower section of the barn. The top floor was used to store hay and the other part of the bottom section of the barn held his horses.

Farm number two was bought by Alton Jones in 1955.The second half of the farm held the award-winning black angus cattle that the Eisenhower’s raised. Bob Hartley was the Eisenhower’s head herdsman and he lived in the farm 2 house until 1967. The breeding sheds were the heart of the entire cattle operation, as they did all of the breeding on the farm. The show barn was built in 1957. It was built to house the award-winning cattle. The former President was raised around animals and would often get in the pens and pastures with the cows in order to get them in the best position to show them off to foreign diplomats.

The Eisenhower’s were big fans of nature just as much as they were of their animals. They had three rose gardens on the farm. The first was the east garden, which was most likely planted in 1954. There were 140 hybrid tea roses in the east garden. On the property, they, also, had two green houses that were given as gifts to them in 1955/1956. The greenhouses allowed the plants to be started prior to the growing season and it, also, allowed Mamie to rotate her house plants as new ones were gifted to her. The orchard included apple, peach, and cherry trees. Fruit production from the trees was quite low as the soil was not the greatest and there was an issue with Japanese beetles’ infestation that hindered fruit production.

The flag pole that sits on the farm was the perfect indicator for if the former president was on the premises. If he was on the farm the presidential flag was flown directly below the United States Flag.