Entrance to the passage tomb at Mound of the Hostages 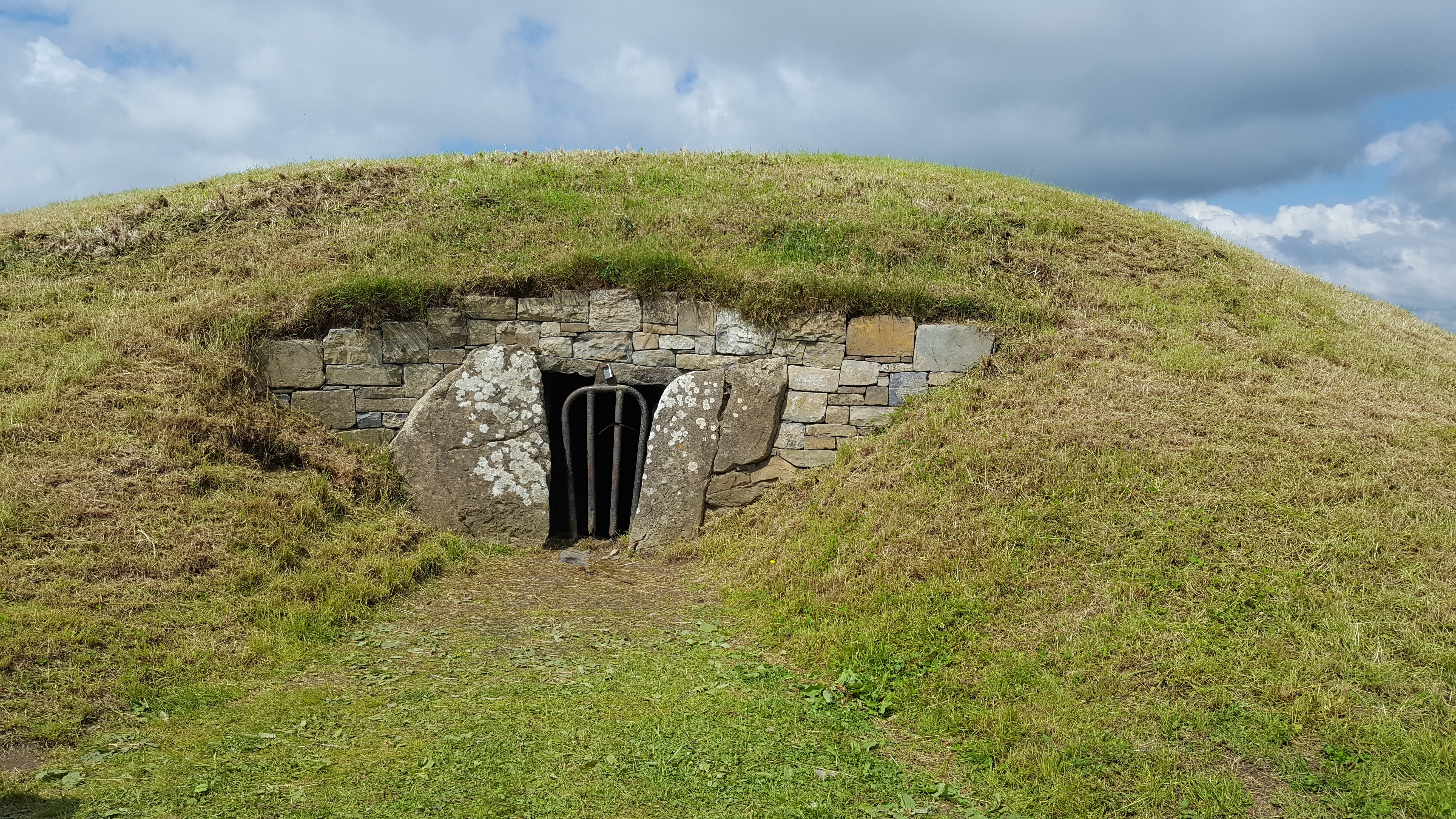 Orthostat found in the Mound of the Hostages 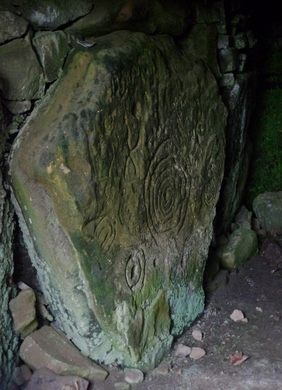 picture during excavation of the Mound of the Hostages 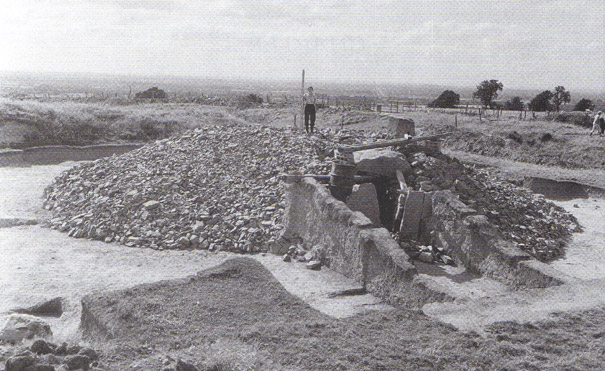 Map with Legend for the Hill of Tara 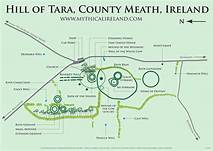 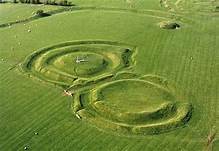 The Mound of the Hostages (Duma na nGiall) is revealed to be a megalithic 'passage tomb' during an archaeological excavation in the 1950's. The Mound of the Hostages consist of features around and beneath the mound; the megalithic tomb itself and associated cists; and finally the covering cairn and the mound. This passage tomb contains three burial cists. These three pre-cairn cists were built against the outside of the tomb walls. If not sure what a cairn is, a brief description of a cairn would explain it is a mound of rough stones built as a memorial, landmark or burial monument, which typically are located on a hilltop or a skyline. These cists are found to contain evidence of human bones.

The mound's megalithic tomb was covered by a stone cairn then finished off by being capped with a clay mound. A triple chamber, a characteristic of many Irish tombs, revealed remarkable numbers of individual human beings, which is represented by approximately 200 individuals both in cremation and corpses. Against the rear orthostats are another 63 or more individuals. Also, Early Bronze Age burials were inserted into the clay mound overlying the stone cairn. Thus, a slight difference in the Bronze Age dates exist like the chamber dating 2281-1943 B.C. and the mound dating 2131-1533 B.C.

The Mound of the Hostages has some Irish folklore attached to why and how it was given its name. A High King of Ireland called Eochaid. Although, he was married with four sons, he was in love with someone else. Eochaid held a hostage named Caireann, from the Kings of the Saxons, who he had completely fallen in love with. Caireann found herself pregnant with the King's child. Eventually, Caireann gave birth to a son next to a well while fetching water for Eochaid's wife the Queen. Caireann being in such fear of the Queen led to her never picking up her newborn infant son. Caireann left the infant in the grass at the well and continued to go about her orders to fetch water for the Queen.

Then a poet named Torna came along and found the baby boy. Torna picked up the baby and once he held the infant he had a vision. Then suddenly the poet knew who the child was and that he would grow up to be the greatest king. Torna decided to take the boy and raise him in secret. Torna's vision revealed the child was going to be the King, who held Kingship in Ireland unopposed, and all his decendants after him would be Kings of Ireland. Torna kept the child, named Niall, away from Tara until full grown. When the five sons of Eochaid went out hunting with Niall, each son of Eochaid encountered a hag when searching for water. Each of the sons asked the hag if they could have a drink of water from her well, but as payment to the hag she requested a kiss. Each of Eochaid sons denied her request until Niall.

Niall granted the hag her request of a kiss in turn for the water. The hag informed Niall that he would lay in the grass with her and this is when the hag transformed into a beautiful woman. The lady then proceeded to inform Niall that he would become King and all of his decendants after him. The old hag then ordered Niall to take a bucket of water with him. Her instructions then told him,"When he saw his brothers, he was not to let them have any water. Before he was allowed to give the brothers had to swear to give Niall their dominion forever and never to challenge him. Niall achieved receiving his brothers sworn oathes, so then Niall became King unopposed. To ensure peace he conquered all provinces of Ireland, Britain and Scotland. Rather than to rule those lands, he took a hostage from each of these provinces, nine in total, so to ensured that no trouble would arise. Thus, all kings of Ireland were then descended from Niall of the Nine Hostages. It is so believed that Mound of the Hostages contain the remains of these Great Kings of Ireland. Yet throughout time, folklore has attached this story to the burial mound found on the Hill of Tara.

Rites of Passage at Tara: The Excavation of the Mound of the Hostages, Museum.ie. Accessed December 9th 2019. https://www.museum.ie/Archaeology/Exhibitions/Current-Exhibitions/Rites-of-Passage-at-Tara.

Greatest of all the Kings: Niall of the NIne Hostages, Bard Mythologies. Accessed December 10th 2019. niall-of-the-nine-hostages.html.