The Dyckman Farmhouse is the last Dutch colonial style farmhouse in Manhattan. The farmhouse was built around 1784 by William Dyckman and would remain in the family until the late 1860s. As the northern tip of Manhattan evolved into a more urban area, the Dyckman Farmhouse was forgotten and steadily fell into disrepair. In the early 1900s, two Dyckman daughters purchased the old family farmhouse and restored it to reflect life in rural Dutch colonial New York. After the Dyckman Farmhouse was completely restored, the sisters donated the site to the City of New York. Today, the New York City Department of Parks and Recreation owns the Farmhouse and it is a thriving museum that portrays life in Manhattan prior to modernization. 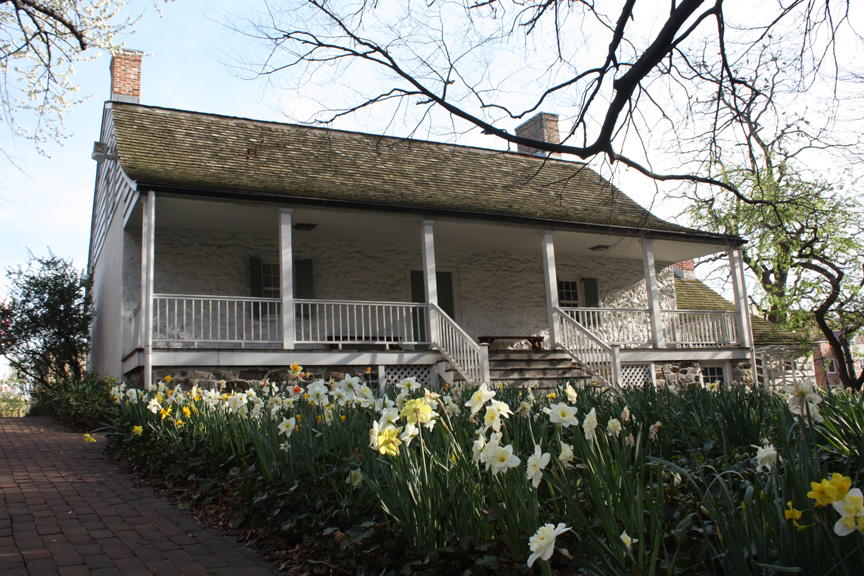 The Dyckman Farmhouse Museum, Located at Broadway and 204th Street 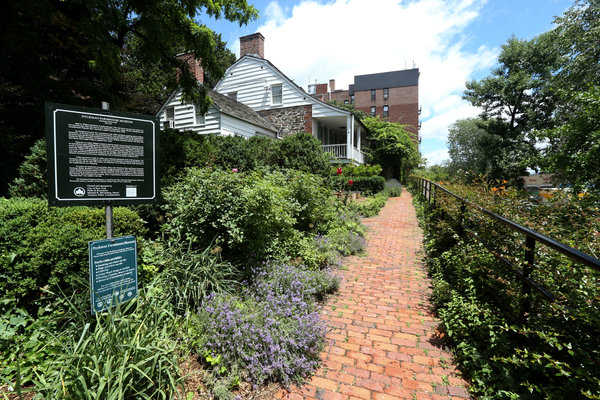 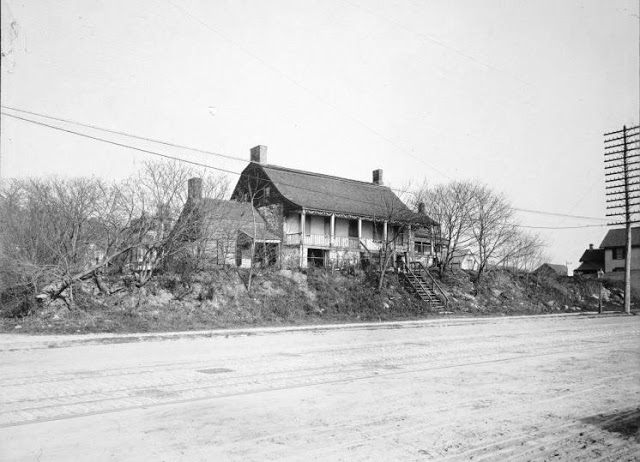 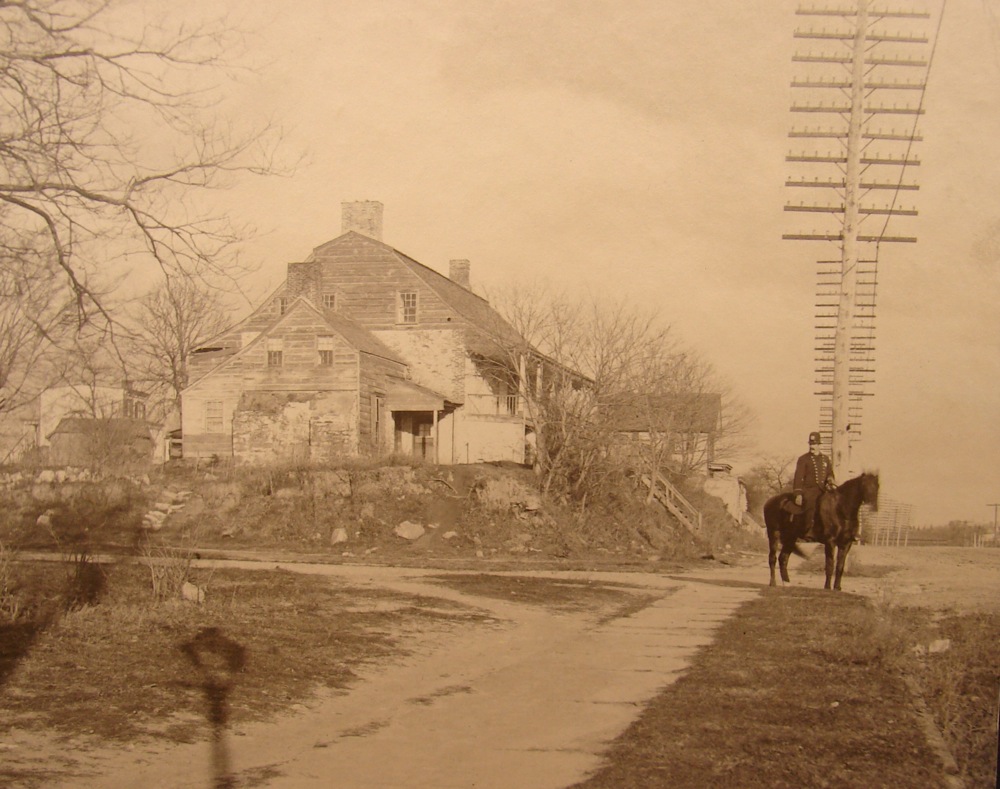 Sketch of the Dyckman Farmyard ca. 1819 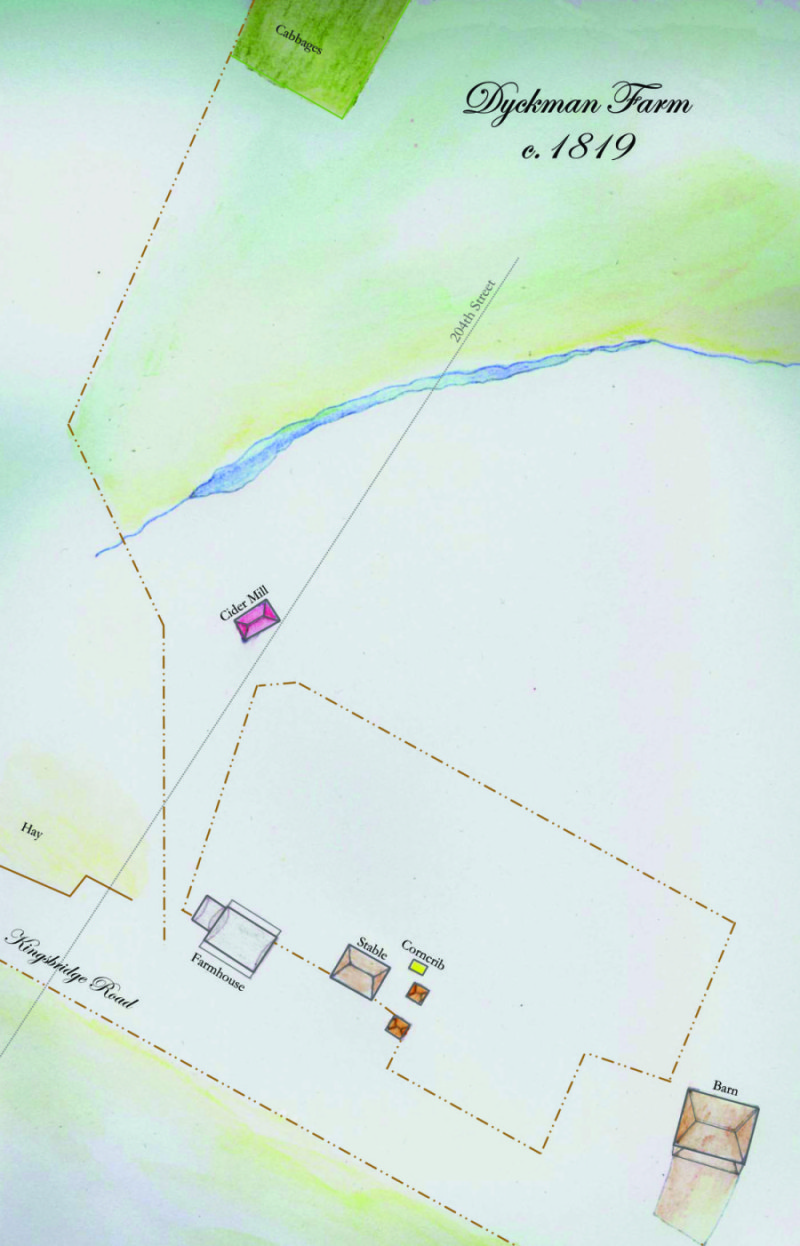 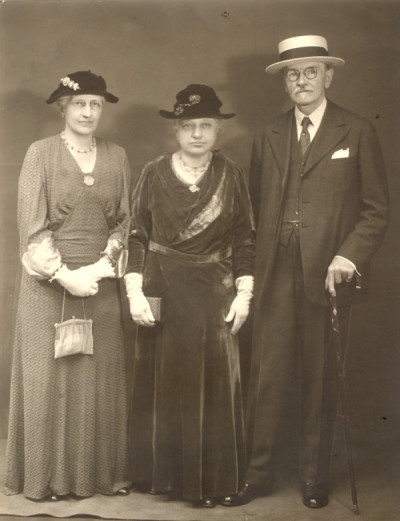 The original Dyckman family homestead was located in Manhattan around 210th Street and the East River, but the British destroyed the home as well as the apple orchards during their occupation from 1776-1783. William Dyckman decided to rebuild the family homestead at a new location and chose an area around Broadway. The new farmhouse and homestead was built in just under five years, with the majority of the work being done by enslaved people. After William's death in 1787, his son Jacobus took over the farm. Over the next few years, the amount of Dyckman family members living at the homestead began to dwindle as some moved away and others died.

Additionally, the Dyckman homestead, along with similar farms in the area, transitioned from being slave to free. By 1820, Jacobus, a widow, had a total of ten people living at the homestead: three sons, a grandson, a white woman who remains unidentified, a niece, a free black woman and a free black boy, and one slave. The total acreage of the Dyckman homestead was more than 250 acres, with three other houses that held 20 other workers and family members. The farm included barns and stables, a cider mill, corn cribs, and more. On the first floor of the farmhouse were two parlors and two small bedrooms, the second floor had additional bedrooms for Jacobus' sons and grandson. The Dyckmans also had two kitchens, one in the main farmhouse that was used during the winter to warm the house and the other a summer kitchen adjacent that also had bedrooms to house both slaves and free African Americans.

After the death of Jacobus, his sons Isaac and Michael took over the property. Then, after Isaac's death, his will stipulated that portions of the property be sold and the money go to members of the family. Over a period of four years in the late 1860s, the property was sold off through four different auctions. One Dyckman inherited a portion of the farm and homestead, and it was his two daughters who were responsible for preserving the Dyckman Farmhouse and opening it as a museum to reflect life in a bygone era of rural living in Manhattan. The two girls, Mary and Fannie, worked with their husbands, a curator and architect respectively, to restore the farmhouse back to its original 1784 appearance. The Dyckman Farmhouse is a member of the Historic House Trust of New York City and is under the operation of the New York City Department of Parks and Recreation.