A National Historic Landmark, the Zero Gravity Research Facility, which is located in the NASA Glenn Research Center in Cleveland, Ohio, is a unique facility that performs tests in a reduced gravity environment. It has supported research for the United States manned spacecraft programs and continues to be available today for researchers from around the world. Tests are conducted in a deep vacuum chamber to learn what happens to gases, liquids, combustion and physical phenomena, mechanical components, and other objects in this environment.

Retrieving the drop vehicle after a test 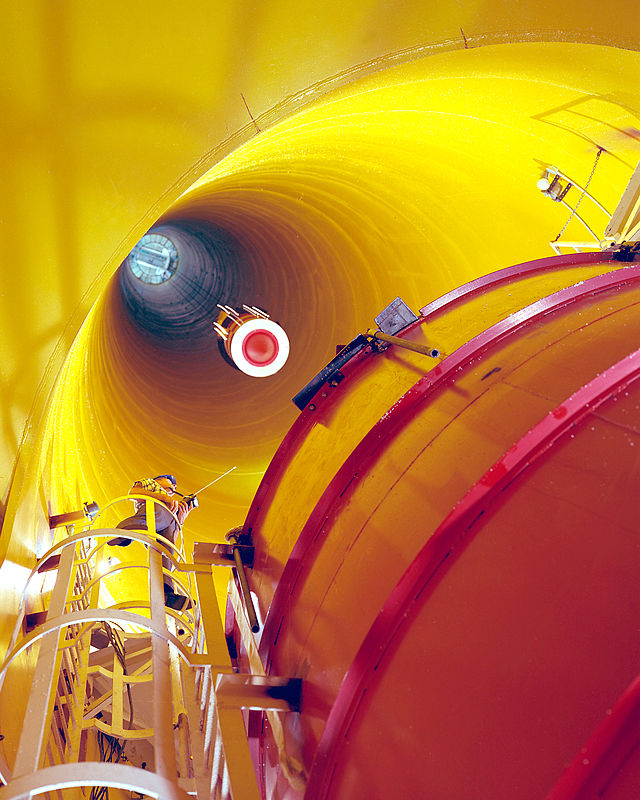 Positioning a drop vehicle on top of the vacuum chamber 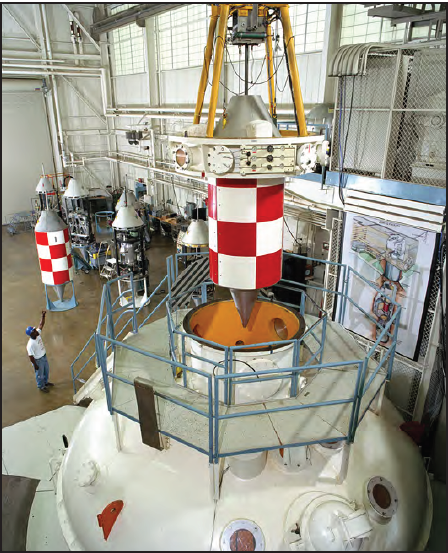 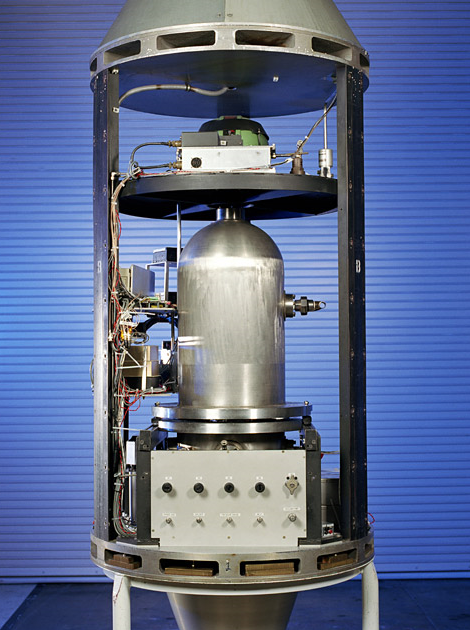 The Zero Gravity Research Facility is the largest facility of its kind in the world. It is the Nation’s most modern research tool for exploring weightlessness on Earth. It is NASA’s premier facility for conducting ground-based microgravity research. This facility is one of two drop towers at the Glenn Research Center, and it opened in 1966. The facility is currently used by NASA funded researchers from around the world to help develop new technology for future space missions and to test experiment hardware designed for flight on the Space Shuttle or the International Space Station.

The facility provides researchers with a near weightless experience for 5.18 seconds. Microgravity can only be achieved on Earth by putting something in a state of free fall. They conduct this by using the drop towers and aircraft flying parabolic trajectories. The hardware free falls for 432 feet, which creates a microgravity environment.

The fall takes place inside of a 467-foot long steel vacuum chamber. The chamber resides in a concrete-lined shaft that extends 510 feet below ground level. After falling for a little over five seconds, the hardware lands in the decelerator cart which is filled with polystyrene beads. By the time the hardware reaches the bottom, it is traveling at about 113 miles per hour.