Pleasant Ridge School is a former elementary school that is currently owned by the Asbury United Methodist Church that was originally founded in 1886 as Charity Neck School but was later in 1915 changed to be Pleasant Ridge School. This school was closed in 1955 but in 1990 plans were made to remodel the old school and it was then donated to the Asbury United Methodist Church. The school has been through much with one part of it burning down and then transforming into a school that taught children of color during the early 1900s. Pleasant Ridge school has a rich history not only as an educational facility but as a place where we can learn about society from who the school taught. 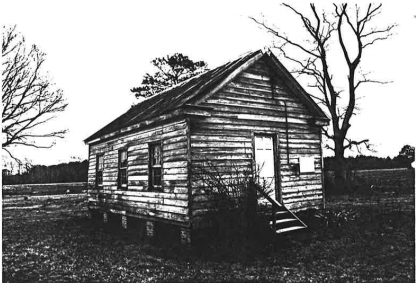 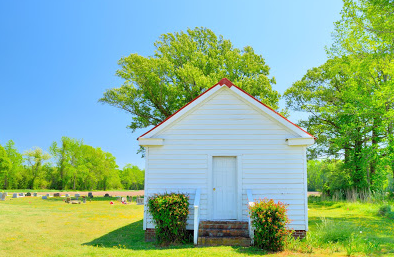 The school taught African American children from grades 1 through 7. Grades 1 through 4 went to school from 7:30 am to 11:30 am while grades 5 through 7 went to school from 11:30 am to 3:00 pm. The school year lasted from September to March to give children time to help plant the crops for the year. Pleasant Ridge School is one of the few remaining one-room schoolhouses in Virginia Beach. The school itself is half an acre and has a simple design with wooden siding and a roof with 3 windows on both sides of the school. The foundation brick and wooden frame the school is on has held up after over a century and has gone through one documented renovation after its closing. Though, it would be hard to visit and see much of the interior now because it is currently being used for storage.

The school was closed in 1956 and the building was donated to Asbury church, the children would be moved to the new Seaboard Elementary School which is now called Princess Anne Elementary. In 1990, there were discussions to refurbish the school and Former Councilwoman Barbara Henley served on the committee. Others that served on the committee such as Alvin and Sadie Lamb, Doris Davenport, Lillian Craft, and Nina Williams helped raise funds for the renovation. Later on, funds began to run low and it was soon realized that the committee might not have enough money and manpower to finish the project. Then Sheriff Frank Drew donated some materials and the help of the Community Work Force from the local jail to finish the projects. Thanks to the efforts of everyone involved the renovation was able to be fully completed in 1997. The school was then rededicated on November 18, 1997, and it was later donated to the Asbury United Methodist Church.