The Hill Hotel was built in 1919 and first opened for business on Sept. 2nd, 1920. With fourteen stories and around 140 rooms, the Hill Hotel was one of the tallest buildings in Omaha at the time and was built where the former Iler Grand used to stand. This hotel is one of the last remaining examples of Neo-Classical Revival architecture in Omaha, and it was considered one of John and Alan McDonald’s greatest designs of their career. The original hotel also had one of the most popular nightclubs in Omaha named “The Cave Under the Hill” located under the hotel. It remained open until the early 1980s. In the late 1980s, the building was remodeled and is currently being used as an apartment building under the name of Kensington Tower Apartments and has a coffee shop, art studio, and nutritional store on the first floor of the building.

Newspaper clipping from the Omaha World Herald on the opening day of the Hill Hotel. 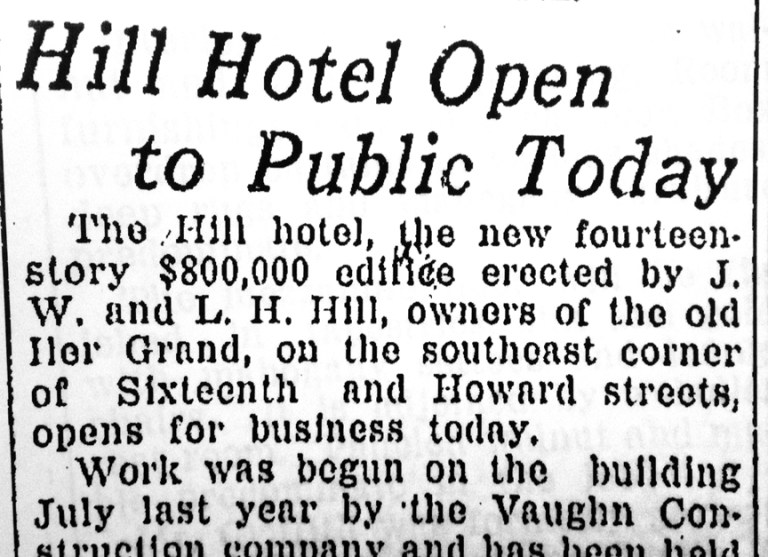 One of the Original Hill Hotel room keys Circa 1920 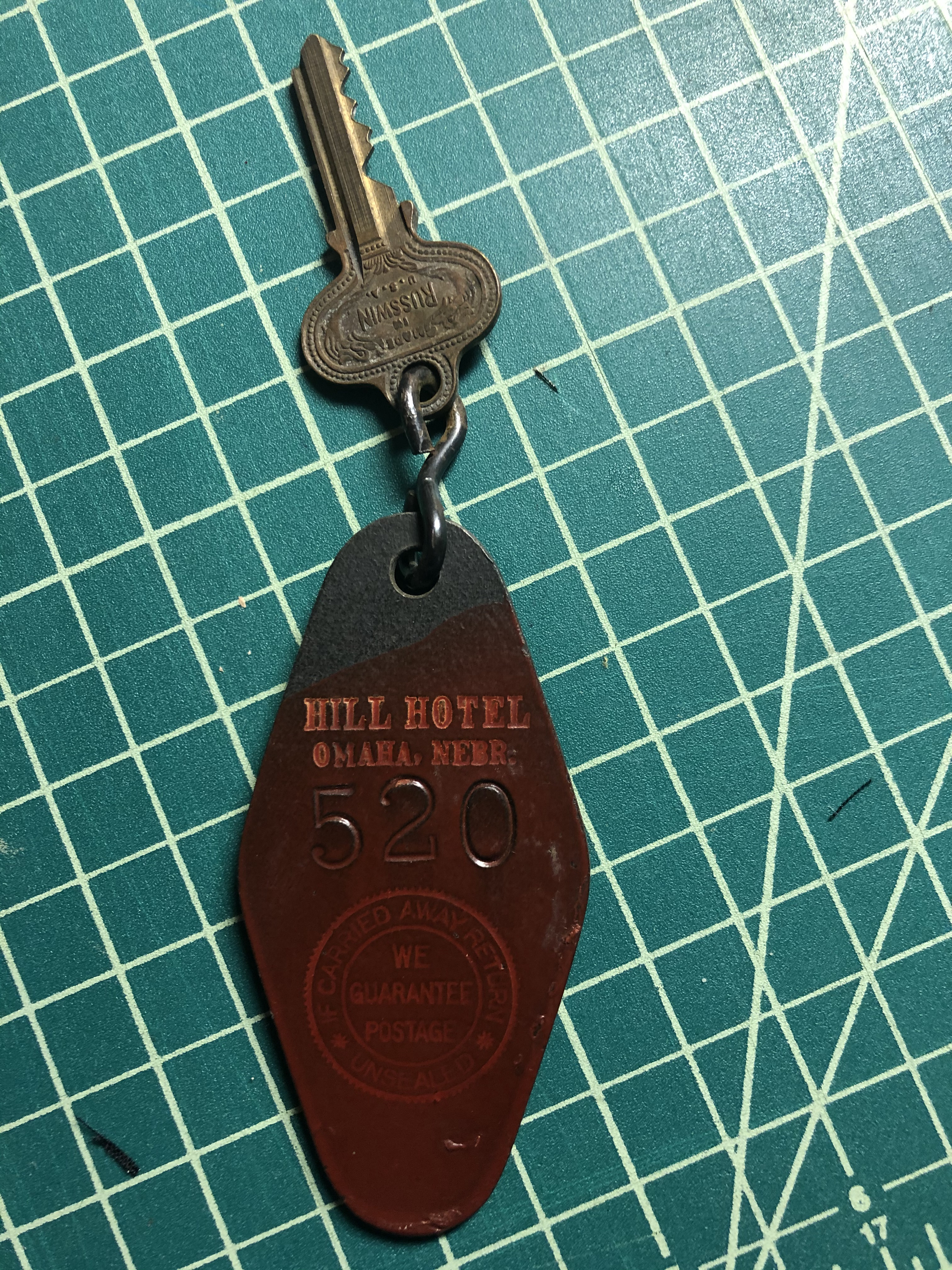 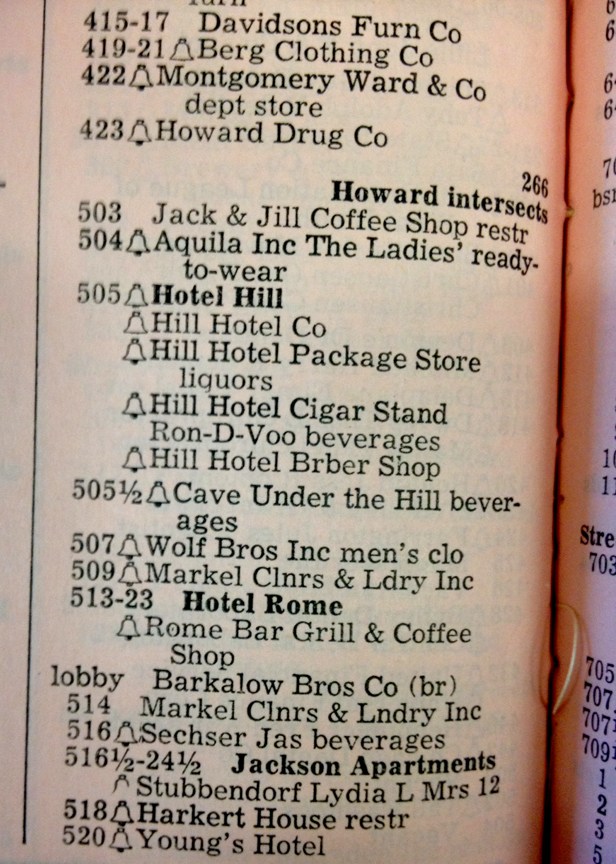 The Hill Hotel is a prime example of the importance and elegance hotels had in the early 20th century, and the building continues to be a great example of Neo-Classical Revival-style architecture from the 1920s. This structure replaced the Iler Grand Hotel and bathhouses, and the Hill Hotel cost approximately $800,000 to construct. The building features a brick and stone exterior that set it apart from the surrounding buildings. When it was constructed it quickly became one of Omaha's premier landmarks and an attraction that drew people from all across the Midwest. Its extravagant rooms featuring such amenities as a ceiling fan in every room to keep the rooms cool during the hot summers drew people in from across town and all across the state to come and relax in the Hotel. From the beginning, the hotel had many attractions within the building, including a Bar called the Marine bar that served drinks during the day and into the afternoon. It featured a Turkish Bathhouse, and if guests wanted to dance and have drinks later in the evening they could go to the basement of the hotel to the Cave Under the Hill Club which was one of the most popular clubs in Omaha. There was also a coffee shop located on the bottom floor of the hotel called the Jack and Jill Coffee Shop.

Throughout the years the Hill hotel would continue expanding and offering more amenities. At its height in 1954, these included a Package Liquor Store, Cigar Stand, and Barber Shop to continue to try and best serve their clients' needs. The Hill Hotel, like many Hotels in this era, was a gathering point for the residents of Omaha and was used in a very different way than hotels are used today. The Hill Hotel was a meeting place for people to catch up with one another. It was a daytime entertainment destination with food, drinking, and dancing happening almost every afternoon on the main floor and a nighttime destination with the Cave Under the Hill located in the basement. This underground nightclub was the premiere night club in Omaha and attracted some of the largest names in music to play there like, The Four Dons, The Three Giants of Swing, The Drifters, and The Fabulous Eccentrics.

Acting as a sort of mall with everything an everyday consumer would need, the Hill was more than a hotel. In the late 1980s the building was completely remodeled and is now being used as an apartment building with a new coffee shop and nutritional outlet store located on the lower ground level. After changing its name to the Peppermint Cave in the late sixties, the underground nightclub eventually closed in the mid to late seventies, and the space converted to storage space. After decades of being one of Omaha's most popular attractions, the Hill Hotel officially closed after nearly seventy years of being in business.