Grace Church in Newark, a historic Episcopal Church founded in 1837 in the city's center on Broad Street. Grace, is notable for its liturgical traditionalism, architecture, music, and as the birthplace of the tune "America the Beautiful." Its architect was Richard Upjohn and the design an example of Gothic Revival. In 1882 the parish organist Samuel A. Ward wrote the tune for "America the Beautiful." Grace Church was listed in the National Register of Historic Places; it is one of over a dozen Newark historic church buildings listed. 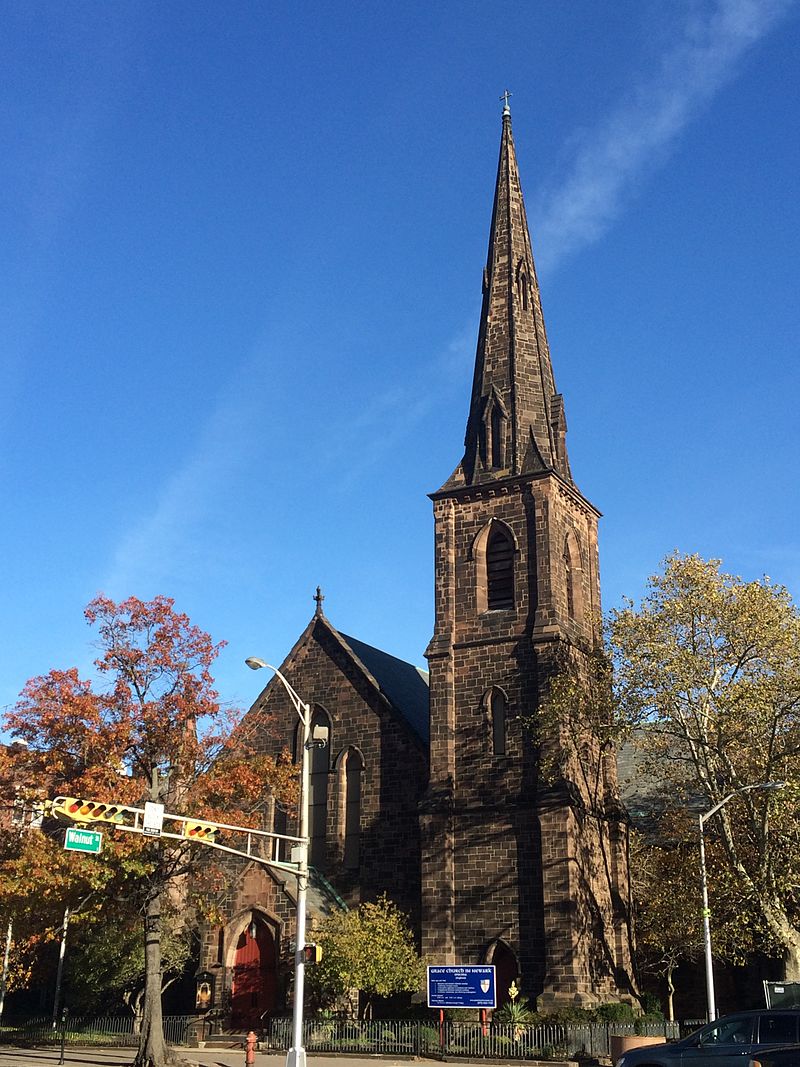 The chancel and carved stone reredos in Advent season. 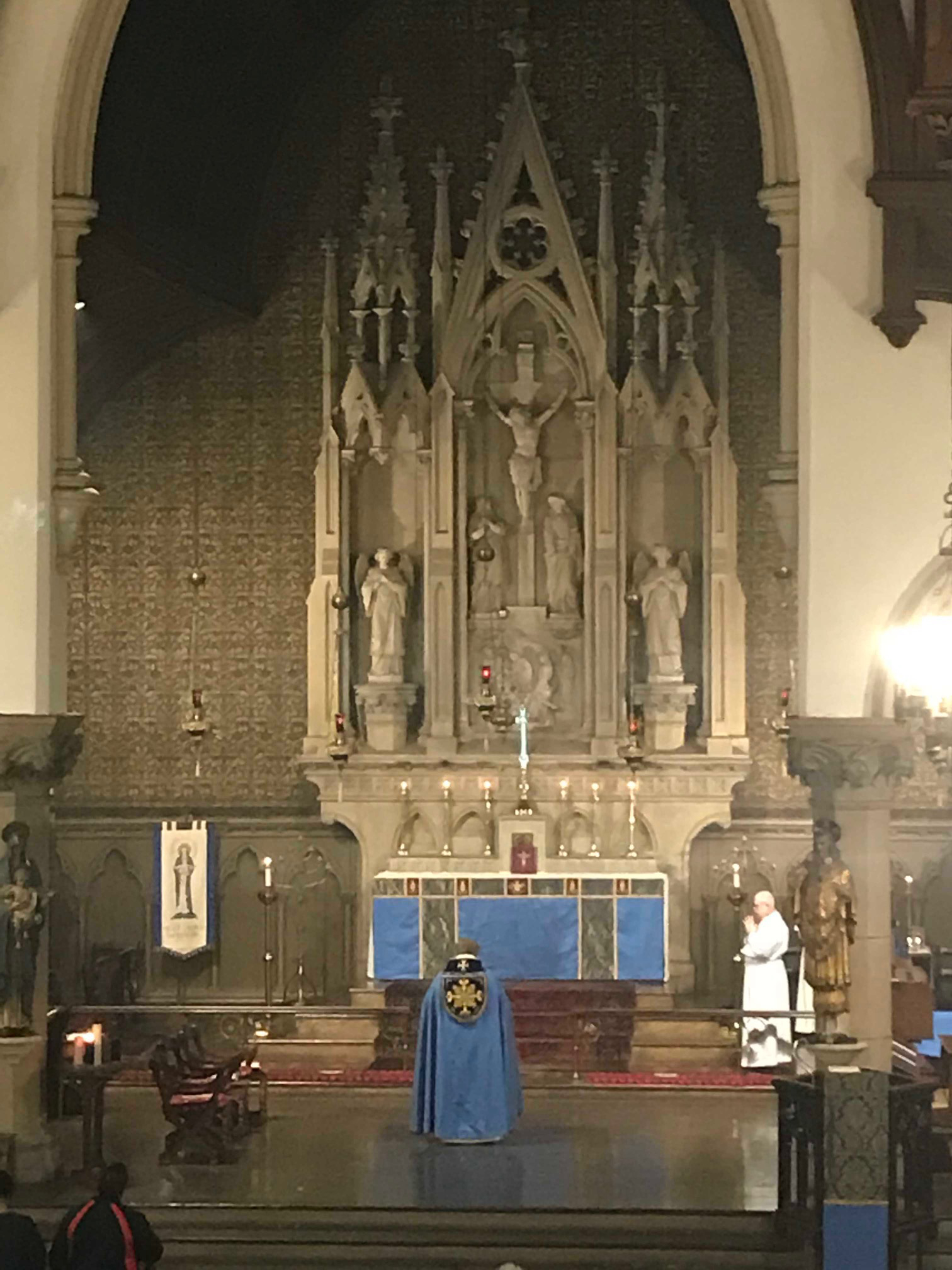 View from the choir loft 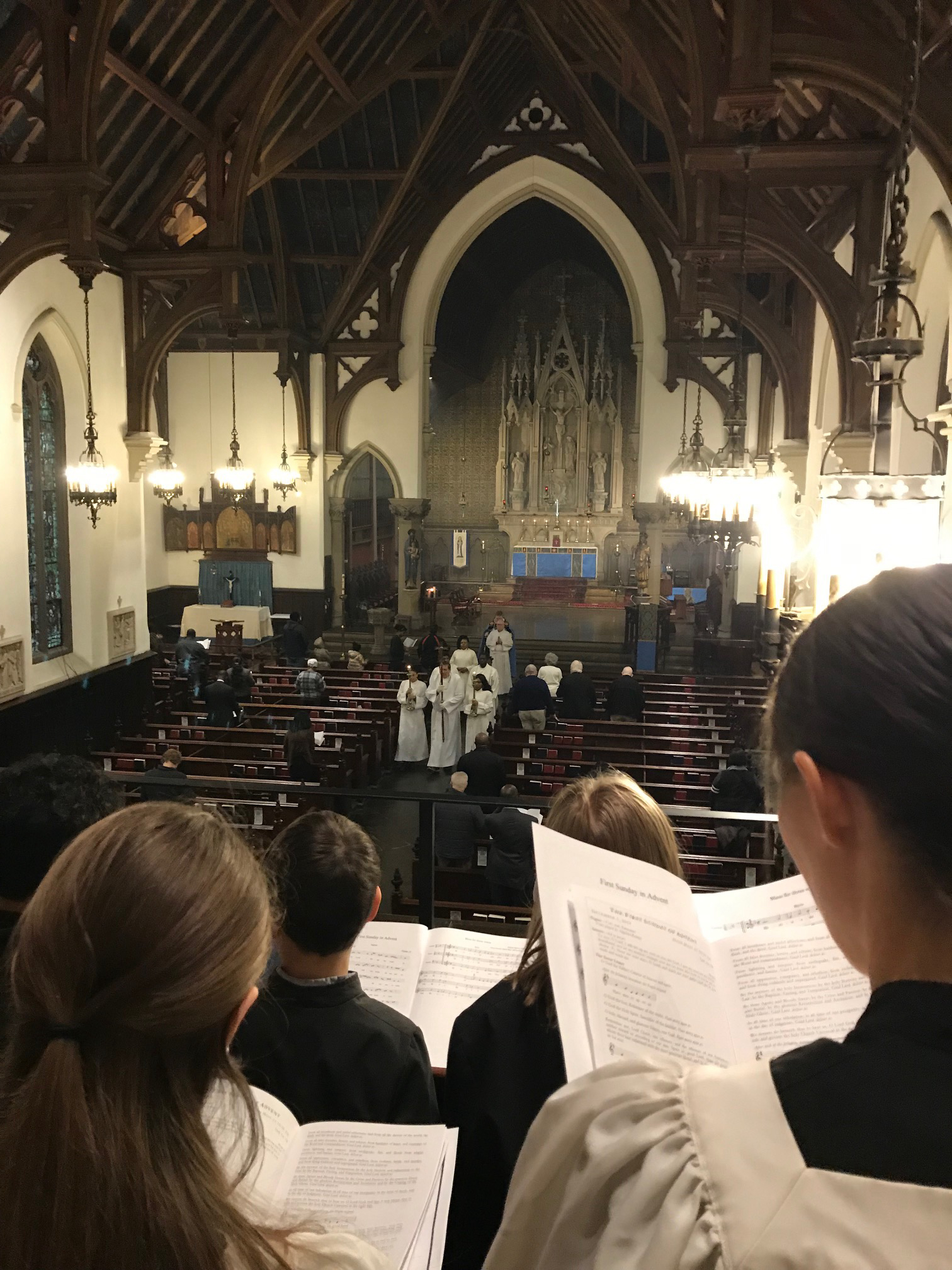 The parish was founded on Ascension Day in 1837, a result of a catholic revival within the Church of England, later called the Oxford Movement. The architect, Richard Upjohn, was an English emigre, co-founder of the American Institute of Architects, and the designer of scores of churches including Trinity, Wall Street. Much of his work, including this building, reflected a new taste in the New World for Medieval styles which came to be known as Gothic Revival.

Grace was built on the site of the old Essex County Courthouse and Jail which had burnt down in 1835. In 1848, an Episcopalian textile maker resident in Newark paid for the weighty, single bell in the tower. The bell still rings and has rung for many occasions, including in 1861 in support of the Federal soldiers defending Fort Sumter.

While the lyrics for the patriotic song America the Beautiful were written by Katharine Lee Bates, the music was composed by the church organist and choirmaster of Grace Church, Samuel A. Ward.

Bates wrote the words as a poem, America, which was first published in 1895 for the July 4th edition of the church periodical The Congregationalist. Ward had written the tune, "Materna", for the hymn "O Mother dear, Jerusalem" three years earlier in 1882 but it was not published until 1892. Ward's melody combined with the Bates poem was not published until 1910 when it was titled "America the Beautiful".

True to its founding in the Oxford Movement, Grace remains known for its high church, sacramental liturgy, or order-of-service, at the center of which is the Eucharist, also known as Holy Communion or the Mass, holding that Christians gain access to the Mystical Body of Christ through the sacramental worship of the community and are aided by the sequential liturgy, incense, and Eucharistic sacrifice to an experience of heaven. Incense, lights, and ceremonial vestments are used. Grace Church maintains a strong choral tradition and weekly sings Gregorian Chant mass propers from the early, medieval and renaissance eras.