This marker shares the history of the stones that were once used in a 12th-century Cistercian monastery in Spain. The monastery stones were relocated to America in 1930 by the publishing magnate, William Randolph Hearst, who planned to use the stones to build a private castle and retreat in Shasta County, California. However, after Hearst faced financial problems because of the Great Depression, he instead sent the stones into storage in a San Francisco warehouse. The stones remained in storage until 1941 when they were purchased by the City of San Francisco and relocated to Golden Gate Park. City leaders planned to use the stones to expand the de Young Museum in Golden Gate Park by adding a new museum of medieval art; however, the city struggled to find the necessary funding for the project. In the 1960s, some of the stones were used within the Succulent Garden, the California Garden, and the Fragrance Gardens within Strybing Arboretum (now the San Francisco Botanical Garden at Strybing Arboretum). In 2001, amidst some controversy, several of the stones were also used to create a stone wall for the Library Terrace Garden. From 1994 - 2013, after several decades of negotiation, the majority of the remaining monastery stones were sold by the City of San Francisco to the Abbey of New Clairvaux in Vina, California, where the stones were relocated for the purpose of building a new chapel for the Cistercian monks who reside at the Abbey. 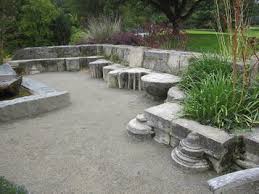 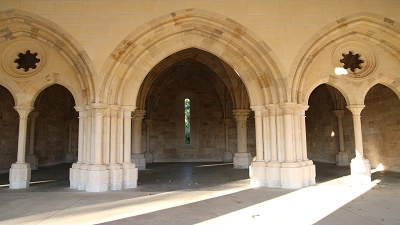 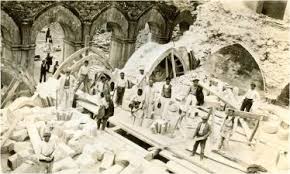 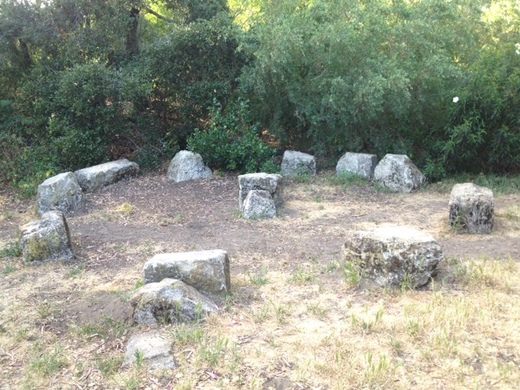 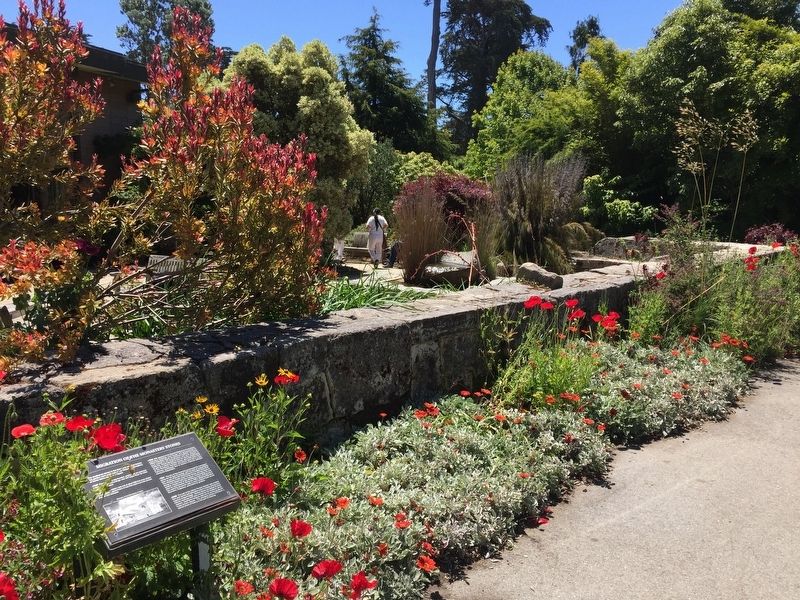 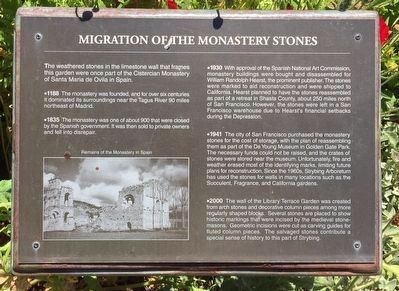 In 1835, the Santa Maria de Ovila Monastery, a 12th-century Cistercian monastery located in Spain, was seized by the Spanish government and the land was sold off to private buyers. Some of the monastery’s stones were relocated to farms within the Spanish countryside, where they were used by farmers to construct traditional barns and stone walls. However, much of the original monastery structure still remained standing. In 1930, the American publishing magnate William Randolph Hearst purchased the remnants of Santa Maria de Ovila monastery, with a plan to disassemble the stones and ship them to America. Hearst planned to use the stones to create an elaborate private castle and retreat for himself in Shasta County, California. But when Hearst suffered financial setbacks during the Great Depression, the monastery stones were instead sent to storage in a San Francisco warehouse. The stones remained in storage until 1941, when they were purchased by the City of San Francisco.

The City of San Francisco planned to use the stones to expand the de Young Museum in Golden Gate Park by adding a new museum of medieval art. However, the City was unable to secure the necessary funds for the next phase of the project and was unable to use the stones as planned. Over the next two decades, the stones again sat in storage, this time near the de Young Museum in Golden Gate Park. Due to the effects of weather and fire damage, some of the identification markings that were incised centuries ago by medieval stone-masons to show how the stones were supposed to fit together became worn away, with some markings becoming illegible.

In the 1960s, several monastery stones were used in the Succulent Garden, the California Garden, and the Fragrance Gardens at Strybing Arboretum (now the San Francisco Botanical Garden at Strybing Arboretum). In 2001, amidst controversy, some monastery stones were also used to create a new stone wall for the Library Terrace Garden, as well as being incorporated into other areas of Golden Gate Park. Several of the stones that appear in the Library Terrace Garden are arch-shaped. They have been carefully placed to reveal the historical incisions that were created by medieval stone masons regarding the original placement of the stones. Although worn by the effects of weather and time, these historical markings still remain visible on several of the stones. Elsewhere in Golden Gate Park, some of the monastery stones have been placed to create "Druid Circles." These are located in the more wooded areas of the park.

Between 1994 - 2013, following several decades of negotiation, the majority of the remaining monastery stones that had once formed the "chapter house" prayer room of the Santa Maria de Ovila Monastery in Spain were sold by the City of San Francisco to the Abbey of New Clairvaux in Vina, CA. There, the monastery stones were used to construct a new chapel for the order of Cistercian monks that resides at the Abbey. In support of the project, the Sierra Nevada Brewing Company created a specialty series of Belgian Ale craft beers, the "Ovila Abbey Beers," and a portion of the proceeds was donated to the restoration of the stones at the Abbey. This relocation and building project was viewed by many people as an appropriate restoration of the monastery stones, since the stones would once again be owned by Cistercians.

While some people were pleased to see the monastery stones restored in building a new chapel at the Abbey of New Clairvaux in Vina, CA, others expressed regret that the majority of the historic stones no longer belonged to the City of San Francisco after so many years of ownership. Nevertheless, some of the original monastery stones do indeed remain under the ownership of the City and are visible in Golden Gate Park. Most notably, the stones appear within the Succulent, Fragrance, and California Gardens, as well as in the Library Terrace Garden at the San Francisco Botanical Garden, where the Migration of the Monastery Stones Historical Marker is located. In addition, you can view some of the monastery stones in the Druid Circles, which are located in other areas of Golden Gate Park.