Though a simple two-story building, the historic Freeze Building is significant for what it represents: San Angelo's transition from a rural town to the thriving city it is today. Danish immigrant Peter K. Freeze built in 1887 (before railroads reached the town) as his blacksmith and wheelwright shop. It features three arched openings on the first floor (one is the main entrance and the other two are windows) and was constructed with sandstone. The modern canopy seen today replaces the original one, which appeared in an early picture of the building. Today the building appears to house a retail or commercial establishment.

The Freeze Building was built in 1887 and is one of the oldest buildings in San Angelo. 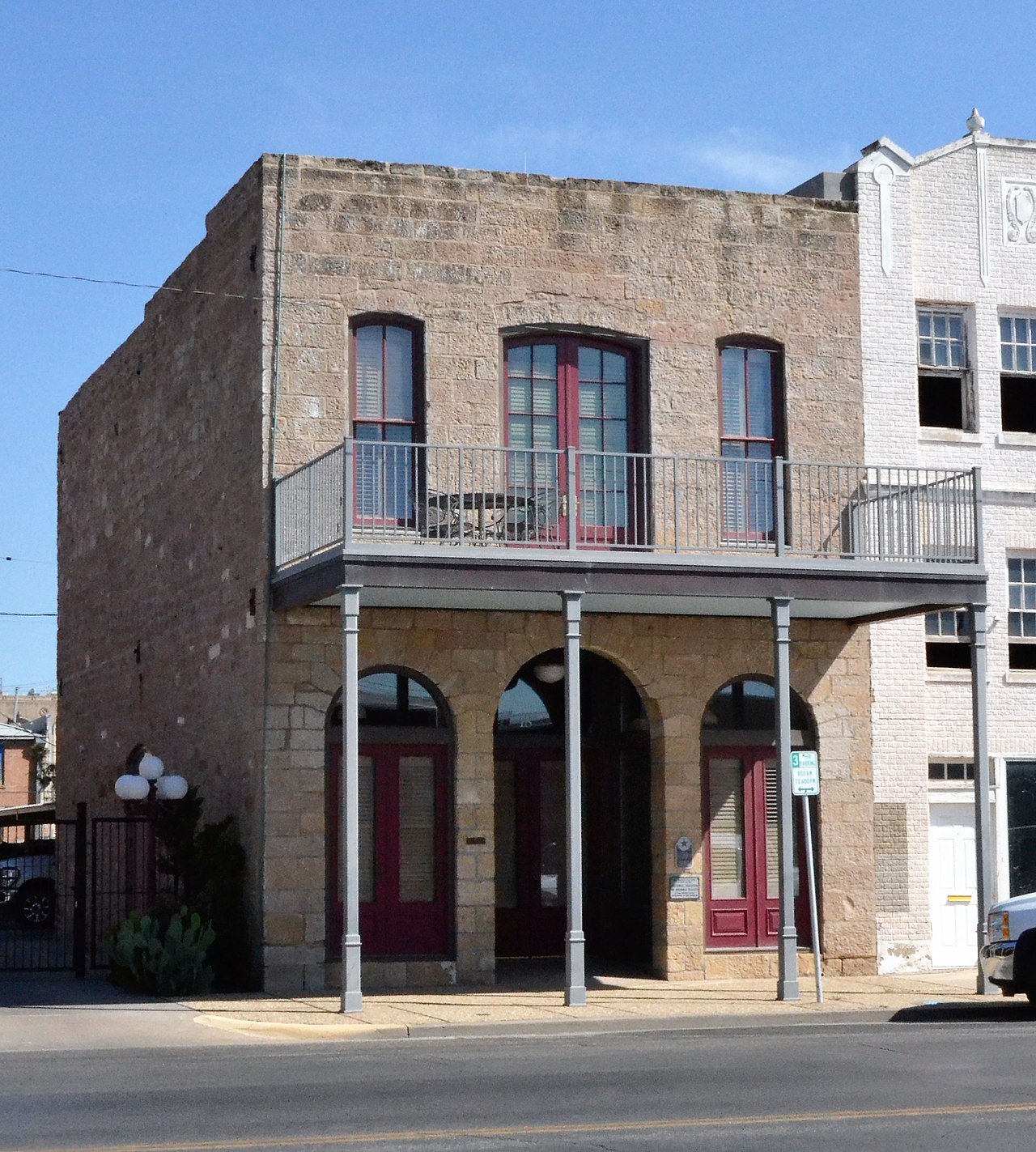 Peter Freeze was born in 1864 and trained as a blacksmith growing up. He immigrated to America in 1881 settled in San Angelo three years later. He found work in a local blacksmith shop but, remarkably, he bought out the business just a month after he started. He became very successful in the coming years and bought his own shop which, it appears, was located on the property on which the current building stands. Unfortunately, a fire destroyed it on April 2, 1887. Fortunately his family's house, which was behind the shop, was spared. Despite this setback, Freeze built a new shop immediately, completing it on July 23 and built an addition in the back of the building the next year. In 1892 he sold the building as a result of financial troubles.

After Freeze sold it, it continued to be used as blacksmith shop. In the decades that followed, the building was used in a variety of ways that illustrate San Angelo's growth from a rural town to a modern city. These include a grocery and warehouse, saloon, livery stable, veterinary practice, businesses related to automobiles, a furniture company, and a cable TV company. In the 1990s the building was restored to its original appearance. It was added to the National Register of Historic Places in 1997.