San Angelo City Hall is one of the most unique buildings in the city. Designed by famed El Paso firm Trost & Trost, it was built in 1928 and is an excellent—and rare for the region—example of Moderne architecture. The building features a stepped appearance and three, large French Romanesque arched doorways, and a smooth coursed stone facade. Additionally, inside there is an auditorium decorated with stenciled walls. The building was added to the National Register of Historic Places in 1988 and is also a Texas Historic Landmark.

San Angelo City Hall was built in 1928 and is a great example of Moderne architecture. 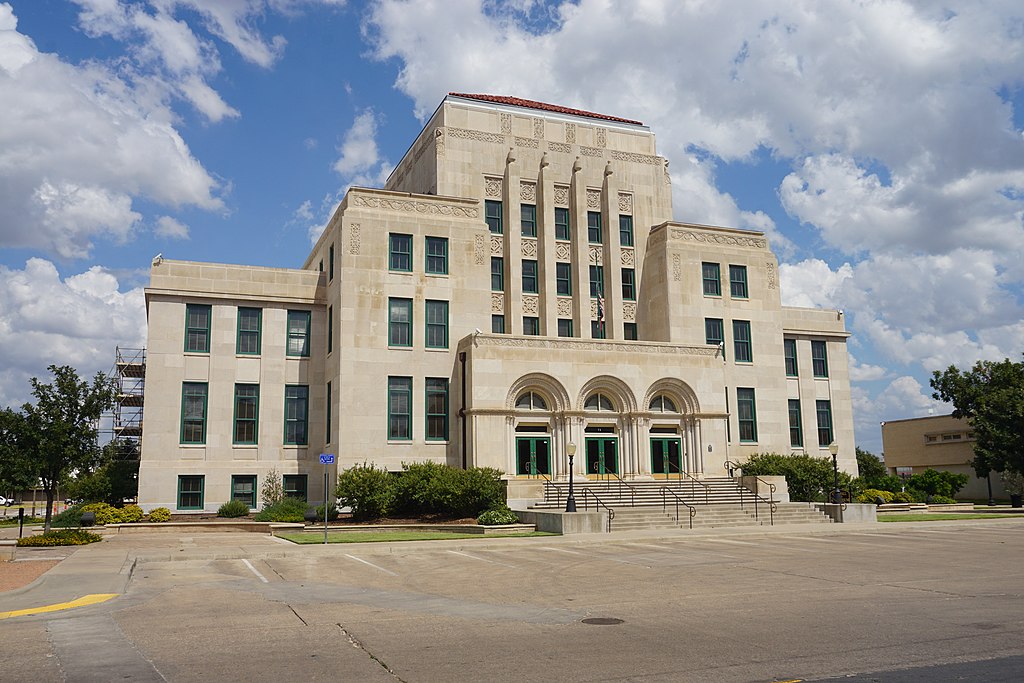 San Angelo City Hall was built during the prosperous times of the 1920s, largely thanks to the discovery of oil and natural gas. By that point it was already a thriving town for a number of years due to a number of factors including Fort Concho, the railroads, a constant supply of water, ranching, and agriculture. The fort, in fact, played a key role, as merchants and other traders catered to the soldiers who were willing to spend money. San Angelo grew steadily in the coming years and it became a key shipping center. After fossil fuels were discovered, the city flourished. It was in this context that the City Hall Building was built and the Moderne architecture reflected the city's status as a key economic hub for the region.