While trying to catch up with the the Army lead by George Rogers Clark, Colonel Archibald Andrew Lochry and his 100 militiamen are ambushed and killed by a coalition of British and Indian fighters along the Ohio river. This was part of Clark's attempted attack of Detroit.

An illustration of Lochry's Defeat 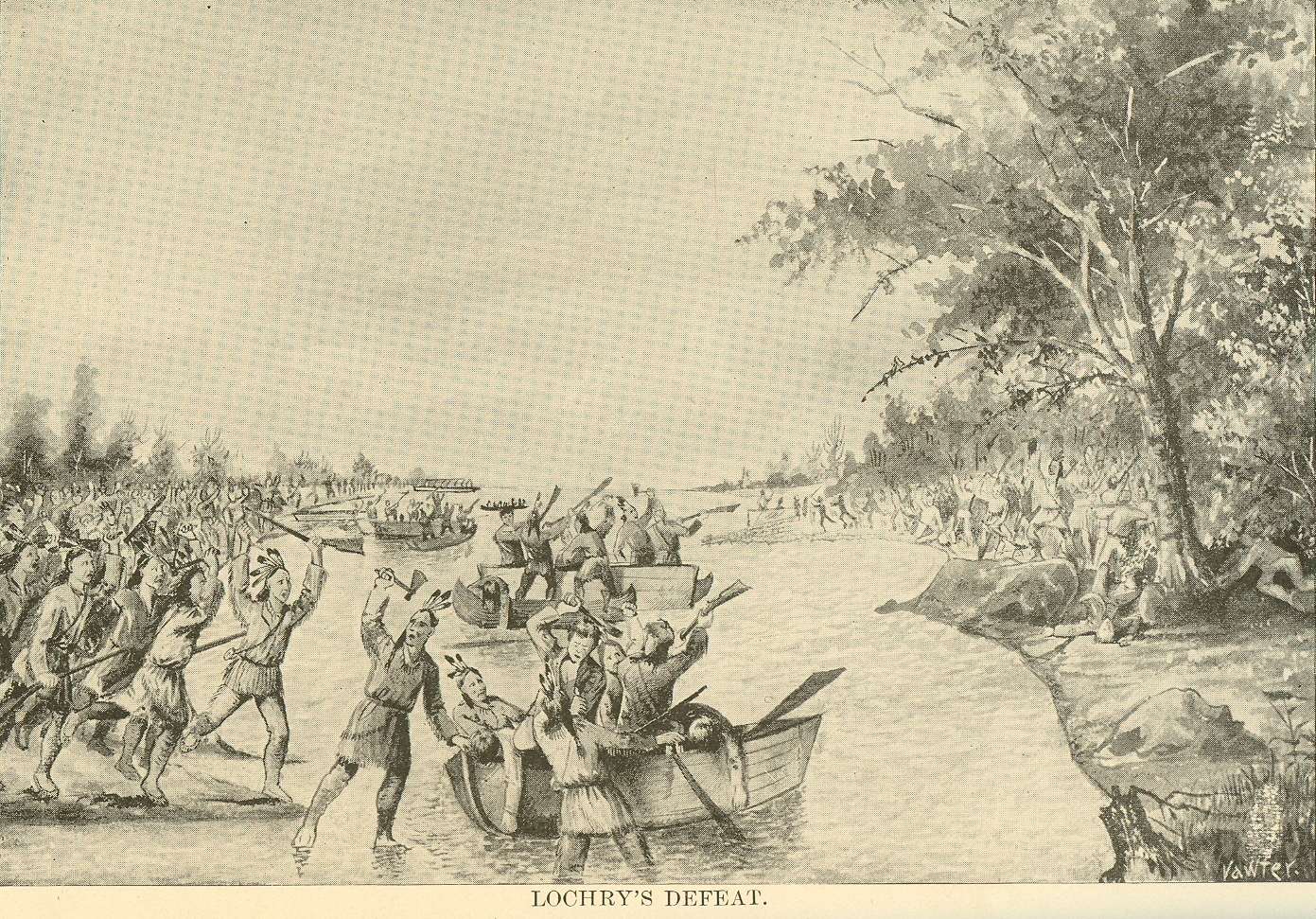 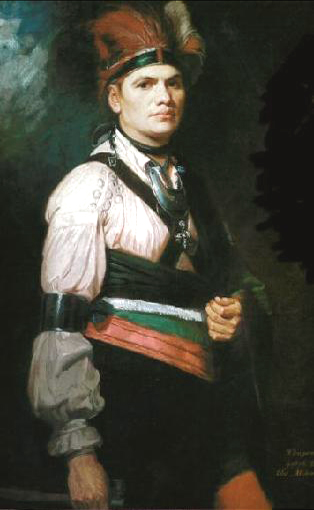 While the war for independence rages on the east coast Thomas Jefferson and George Rogers Clark are planing an offensive in the west. They were going to attempt to seize Fort Detroit. There were two main reasons for this expedition, the first was to prevent an attack by the British on the American frontier in Kentucky. The second was that Detroit was the military headquarters for the British in North America. By Attacking Fort Detroit they was a chance of capturing key members of the British military, Henry Hamilton being the prime target. For this Expedition to be a success Clark would have to bring at least 2,000 men through territory populated by British allied Indians.
For the most part it was not difficult for Clark to recruit fighting men with the exception of having to draft men when he was in Pennsylvania. The problem he encountered was holding on to them. After each passing day more and more men would desert the camp as Clark waited for the Lochry and the remainder of his force. Left with not further option Clark decided to leave without Lochry's 100 men and hoped they would catch up with him as he traveled down the Ohio river.
As Lochry arrived in Wheeling he discovered that he had been left behind and constructed transports for his men as quickly as possible. Once completed he set off down the Ohio in hopes of catching Clark before they entered to deep into the frontier. While both groups are traveling down the river the British Mohawk force led by Joseph Brant was planing an ambush, with 100 warriors with him planed to attack the isolated Lochry when he cam ashore. On the morning of August 24th 1781 Lochry and his men landed for rest and food for men and beast. This was when Brant launched the attack. Despite having the same number of men Brent was able catch the militiamen off guard and without taking an losses on his own side. Of 100 that were attacked 37 were killed in the fighting and many more were killed in captivity including Lochry. Those that survive captivity were sold to the British and eventually returned home.