After landowner Edward B. Burling, Sr. died in 1966, developers sought to raze much of this forest along the Scott's Run creek in order to construct a community of luxury homes. Residents of the area peacefully protested for more than a year to protect the land from development. This early success of the fledgling environmental movement resulted in residents voting to raise their own taxes in order to buy the land for the county. Scott's Run is now public park land, a unique ecosystem preserved from destruction. Markers at the nature reserve celebrate the "Burling Defenders" whose activism ensured the conservation of this land.

Scott's Run and the Potomac River on the northwest corner of Scott's Run Nature Preserve by NortyNort on Wikimedia Commons (CC BY-SA 4.0) 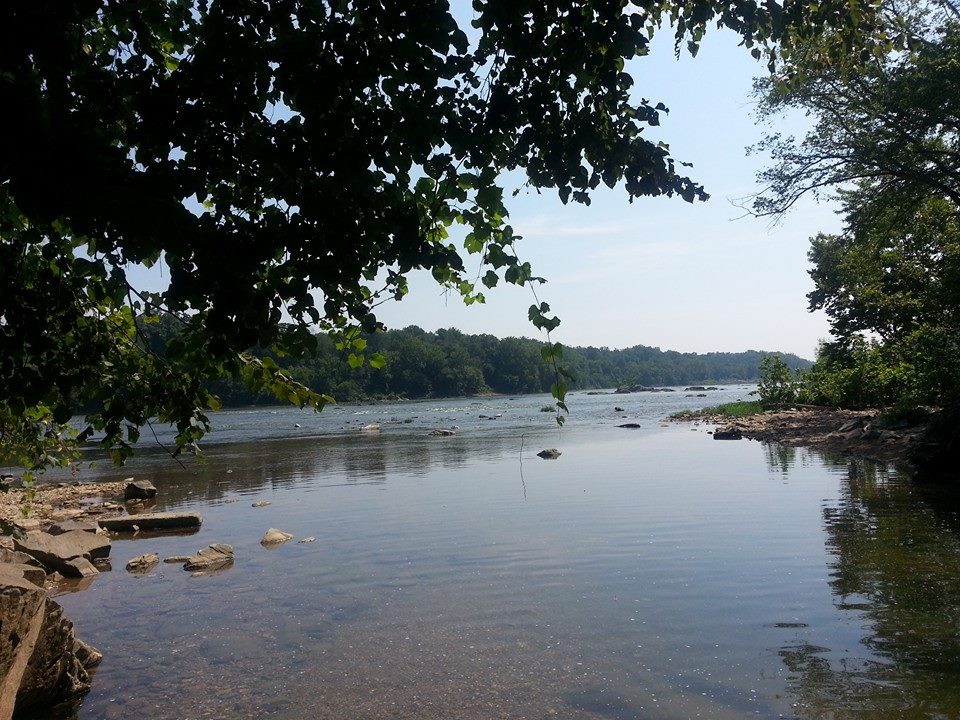 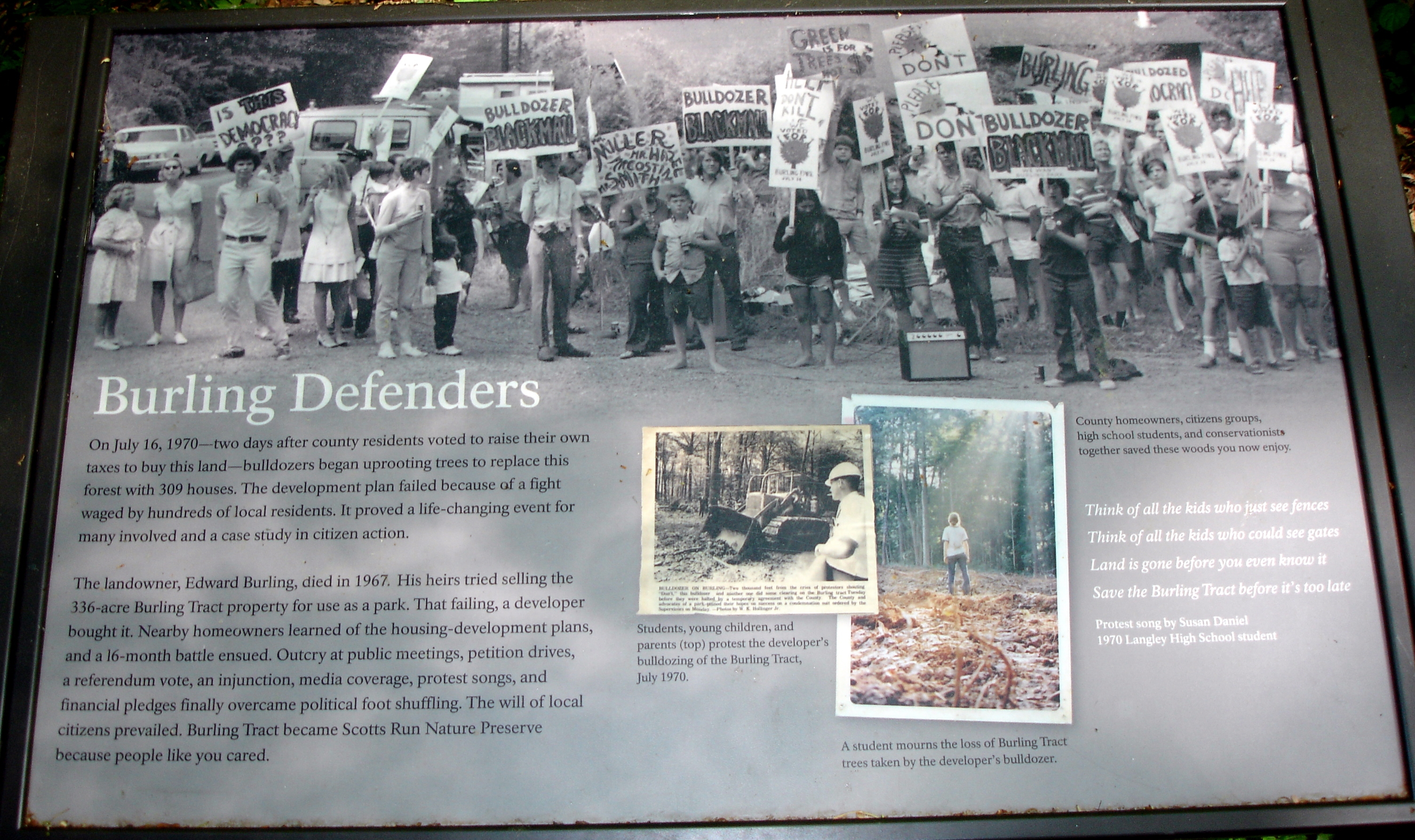 The Scott's Run creek area has long been known for its lush spring wildflowers, mature forest, and geological uniqueness. The park is part of the Potomac Gorge, where erosion and an ancient fault zone have shaped a landscape rife with rare or unusual plant and animal species. The unpredictable and changeable creek runs into the Potomac River.

Edward B. Burling, Sr., a successful Washington, D. C., lawyer, bought the 336-acre tract of land in the 1920s and kept a cabin on the property as a personal and social retreat for Washington elite. Burling refused to sacrifice any trees for the installation of telephone lines.

After Burling's death in 1966, his heirs tried selling the land for a park, then to a developer Miller & Smith Associates. Miller & Smith purchased the land for $2.4 million, planning to build 309 luxury homes on the site, each estimated at a value of $68,0000 to $100,000. Their plan, generally supported by the county government, was to preserve 52% of the land as open space.

Elizabeth Miles Cook, an artist and Quaker, saw the county's notice of a public hearing before the Planning Commission and rallied residents against the development of the land. Public outcry ensued for over a year; residents confronted the plan peacefully through public meetings, petitions, and protests. Students went door-to-door to raise awareness and wrote protest songs. Although many organizations of government and citizens' groups stood on the side of development in the beginning, those opposed to the development continued to act. The New York Times covered the story, and several prominent figures -- a businessman and four U. S. Senators -- supported the environmental advocates.

The citizens' engagement led to a referendum vote. The Dranesville district voted to raise its own taxes on July 14, 1970, in order to buy the land for $1.5 million, 3208 to 2758. Development almost began anyway, with bulldozers beginning to uproot trees two days later. About 75 protestors met them with signs and noise. Virginia Governor Lynwood Holton appealed to developers to halt the razing of the forest until the county produced the funding to buy the land. Scott's Run finally became public land in September 1970. A marker at the park commemorates the activism of the "Burling Defenders."