The Olde Hickory Station was originally constructed by the Western North Carolina Railroad in 1860. The construction of the railroad and the establishment of successful businesses that relied on the railroad helped Hickory establish itself as a major trading center through the late-nineteenth to mid-twentieth centuries. When the Western North Carolina Railroad foreclosed on the station, the Southern Railway Company took over operations in 1894 and constructed a new depot in 1912. The station traded hands again in 1982, when the station was conveyed to the Norfolk Southern Railway Co. Though the station is no longer connected to railroad operations, the building was repurposed in 2013 as the Olde Hickory Station, which features a restaurant and market that is open seven days a week.

A front view of the Olde Hickory Station 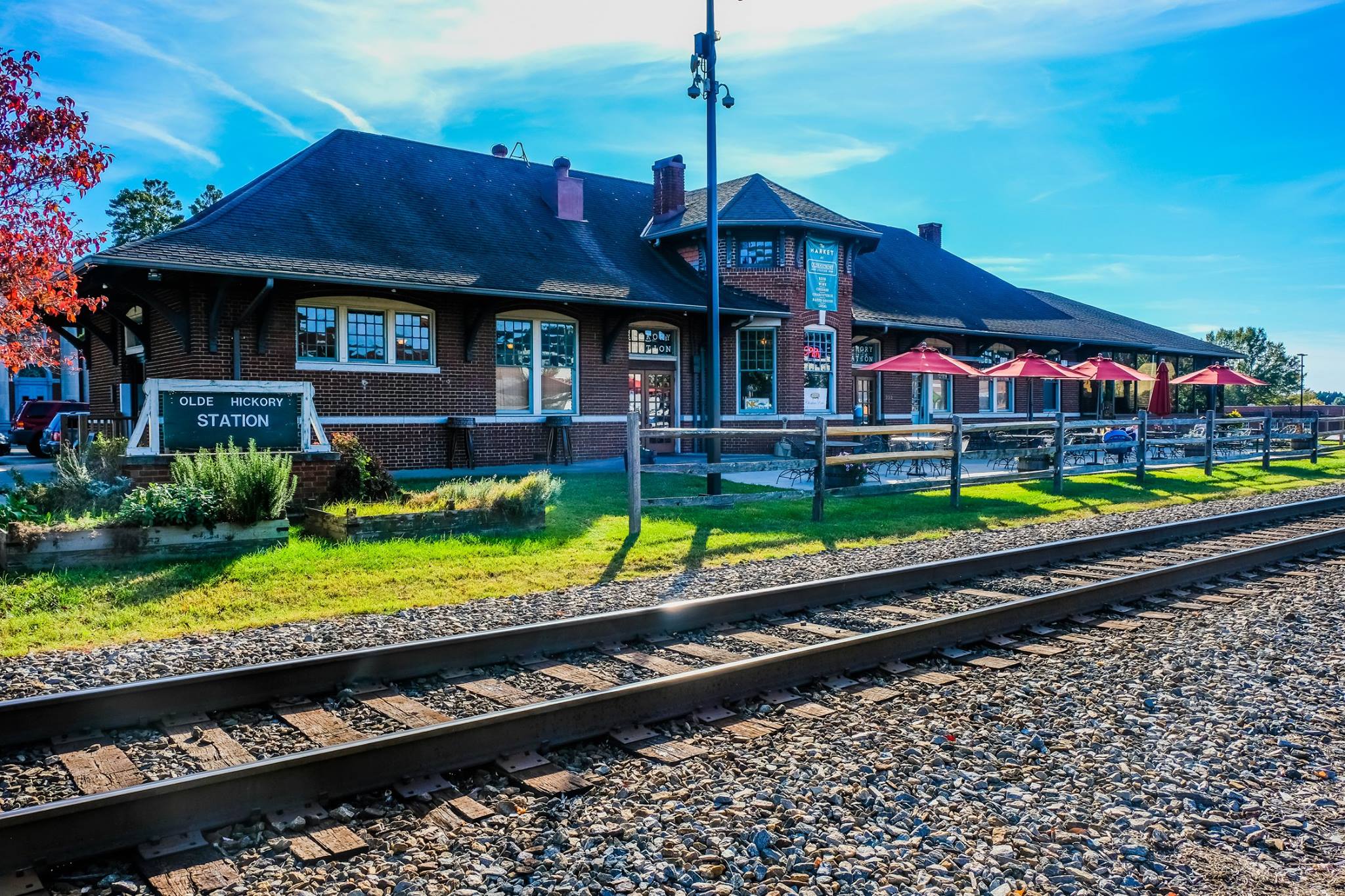 Though Hickory's beginnings can be traced back to the construction of a tavern in the late-eighteenth century, the major catalyst for Hickory's growth and development was the completion of the Western North Carolina Railroad (WNCRR) in 1860. Companies such as the Piedmont Wagon Company, which relied on the WNCRR and the Chester and Lenoir railroad constructed in the late-nineteenth century to conduct business, helped Hickory establish itself as a major trading center and an economic force to be reckoned with.

From April 30, 1886, to August 31, 1894, the WNCRR was leased and operated by the Richmond and Danville Railroad Company. When the company foreclosed on the station, the Southern Railway Company took over operations.

The original depot was replaced in 1912, when the Southern Railway Company constructed the extant depot. The station traded hands again in 1982, when the rights were conveyed to the Norfolk Southern Railway Co. The depot is no longer connected to railroad operations but remains historically important, as it reflect the growth and development of Hickory from a small tavern town to a bustling trading center in the late-nineteenth century.

After a period of dormancy, the station was repurposed and opened to the public as the Olde Hickory Station on June 18th, 2013. The Station features a restaurant, which serves breakfast, lunch, and dinner seven days a week, and a store that sells seasonal, regional and imported specialties.