The Observatory Hill Mound Group consists of two distinct Effigy Mounds in the shapes of a bird and a two-tailed water spirit or turtle. These mounds are a part of the indigenous tradition of mound-building during the Late Woodland period which took place from approximately 300-1200 CE. The Ho-Chunk nation, on whose ancestral land the Observatory Hill Mound Group is located, assert to be descendants of the effigy mound builders. The bird and two-tailed water spirit mounds on Observatory Hill were once part of a larger group of five effigy mounds that were tragically destroyed during the construction of the UW campus. The two surviving mounds were added to the National Register of Historic Places in 2004. The bird and two-tailed water spirit mounds are representative of both the rich indigenous history on UW Madison's campus as well as the destruction of such indigenous history during the construction of the University. 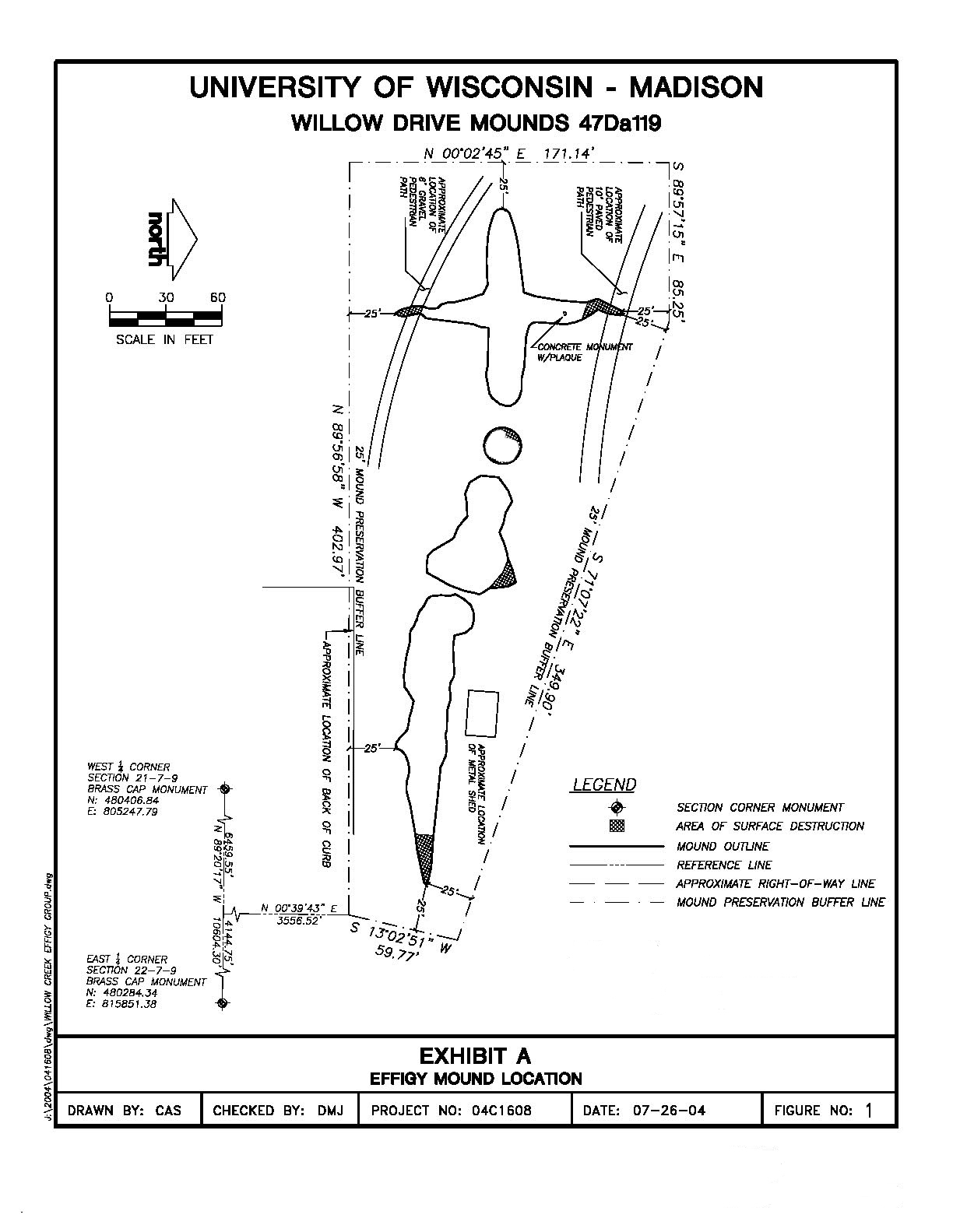 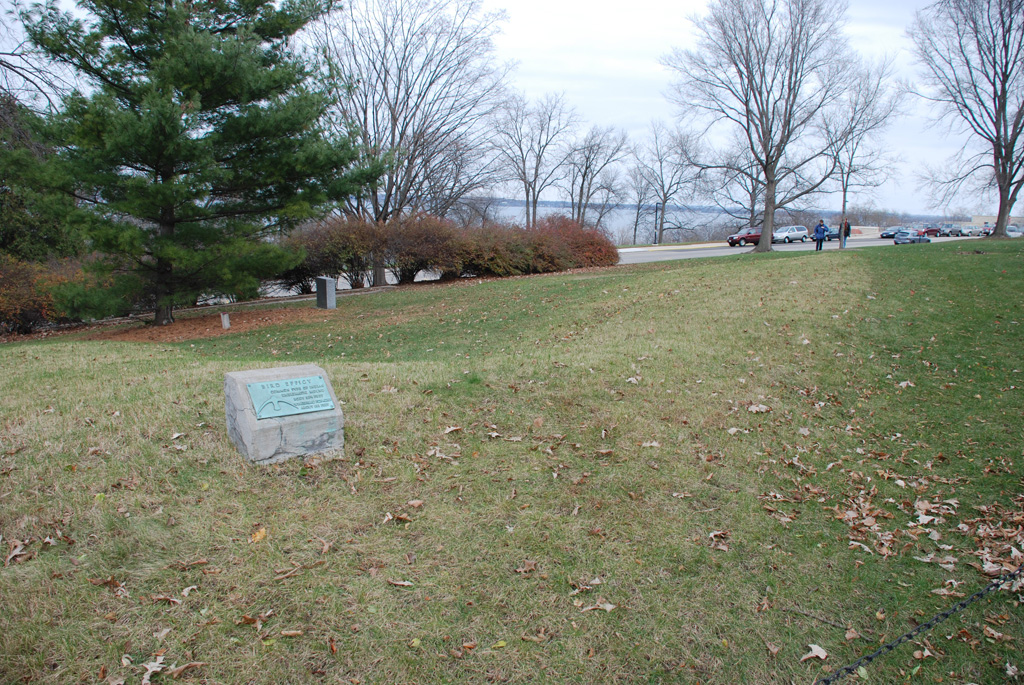 The Observatory Hill Mound Group located on the campus of the University of Wisconsin Madison consists of two distinct effigy mounds. One is in the shape of a bird and the other in the shape of a two-tailed water spirit but is sometimes interpreted as a turtle; the two are named bird effigy and water spirit effigy respectively. The two mounds were added to the National Register of Historic Places in 2004.

The bird effigy and water spirit effigy were created by Indigenous people during the Late Woodland period which took place from about 300-1200 CE. The Ho-Chunk people, whose ancestral land is located around the four lakes, used these ancient effigy mounds for hundreds of years as ceremonial sites and assert that they are descendants of the mound builders.

Following the forced removal of Ho-Chunk people from their ancestral land, Wisconsin gained statehood and the University of Wisconsin Madison began to be constructed. During the construction of the University, specifically Agriculture Hall, the Observatory hill mound group was destroyed and buried underneath the building. The mound group that is located on what is now Observatory Hill once consisted of a panther effigy, a linear mound, and multiple conical mounds alongside the bird and water-spirit effigies that remain. The building of Agriculture Hall in 1902 destroyed several conical mounds. Further construction after 1922 destroyed the linear mound and panther effigy. Construction of sidewalks clipped the wingspan of the bird effigy and a few edges of the water-spirit effigy. While the two mounds have undergone some damage from the construction of the University, they remain largely intact and retain much of their original form.

Throughout the nineteenth century, multiple laws were passed at the national and state level in order to halt the destruction of Indigenous cultural sites like the effigy mounds on Observatory Hill. These laws include the 1906 Antiquities Act, the 1935 Historic Sites Act, the 1966 National Historic Preservation Act, the 1985 Wisconsin Act 316 Burial Site Law, and the 1990 Native American Graves Protection and Repatriation Act (NAGPRA).

The effigy mounds on Observatory hill are part of an expansive tradition of mound-building that took place all over North America during the Late Woodland Period. Effigy mounds similar to those found on Observatory hill can be found throughout southern two-thirds of Wisconsin, northern Illinois, southeastern Minnesota, and northeastern Iowa. Mounds are not equally scattered throughout the Midwest, but rather are located in clusters around resource-rich areas and on the shores of larger lakes. The Observatory Hill mound group follows this pattern as it is located on the shore of Lake Mendota and occupies fertile ground.

The thousands of effigy mounds that once existed throughout the Midwest were erected into multiple different shapes and forms. Linear, conical, and geometric mounds were common shapes for the mound-builders to erect. The effigy mounds on Observatory Hill fall under the category of zoomorphic or anthropomorphic mounds which were designed to resemble animals or occasionally humans. The bird and two-tailed water spirit, or turtle, shapes are incredibly common among effigy mounds in this region. Some more uncommon shapes of effigy mounds include cranes, waterfowl, mink, deer, rabbits, horned birds or bats, anthropomorphs, buffalo, fish, and rattlesnakes.

The bird effigy and water spirit effigy are located to the north of Agriculture Hall and west of Washburn Observatory or between the addresses 1401 Observatory Drive and 1450 Linden Drive. Concrete monuments with plaques naming and describing the mounds can be found on the southern part of each respective mound. When visiting the effigy mounds, please remember that they are culturally significant sites and should be treated with respect.