Constructed in 1935, St. Elizabeth University Parish is the second Catholic church built in Lubbock following the 1924 completion of St. Joseph's. The building was designed in the Spanish Mission style and incorporates Spanish Colonial and Byzantine elements. Notable features include elaborate stonework, tile roofs, a bell tower, and arched windows. The parish consists of a complex of buildings and serves students, faculty, and community members who live near Texas Tech University. 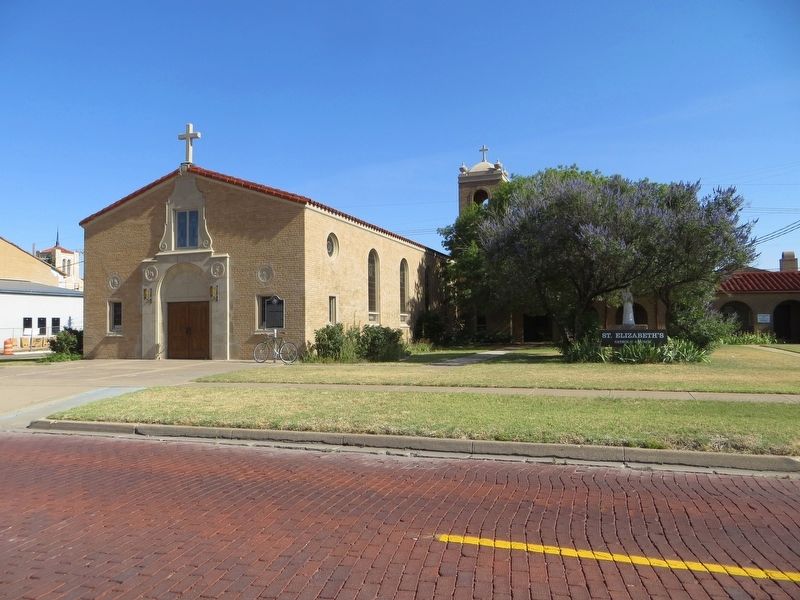 With no formal parishes established in Lubbock in the late 19th and early 20th century, traveling priests celebrated mass in the homes of the first Catholics who settled in the area. Starting in 1905, priest Joseph Keller started celebrating mass at a hotel. St. Joseph's Church was founded in 1924 by the Diocese of Dallas. The next year, the university parish was organized serving students and people in the western part of the growing city. As a result, the need for a new church structure became apparent. This building was completed in 1935 and dedicated the following year and was named St. Elizabeth's Catholic Church. The congregation and parish complex grew gradually over the coming decades and became the university parish in the early 1980s.