Salona and the Langley Tract

Originally established by the Lee family in the late seventeenth century, Salona exhibits evidence from hundreds of years of American history. The brick homestead and the surrounding land has ties to several American wars, a president, and several generals. For most of its existence, the property has been used as a farm, and there are multiple barns and other agricultural outbuildings still scattered on the property. The size of the property has decreased as the town of McLean has grown more suburban, but the house and 50 acres of the remaining estate are protected with a conservation easement. The house remains private, but Fairfax County Park Authority may establish a public park on the conserved property in the future.

An image of the Salona (McLean, Virginia) field from the frontage on Dolly Madison Rd. 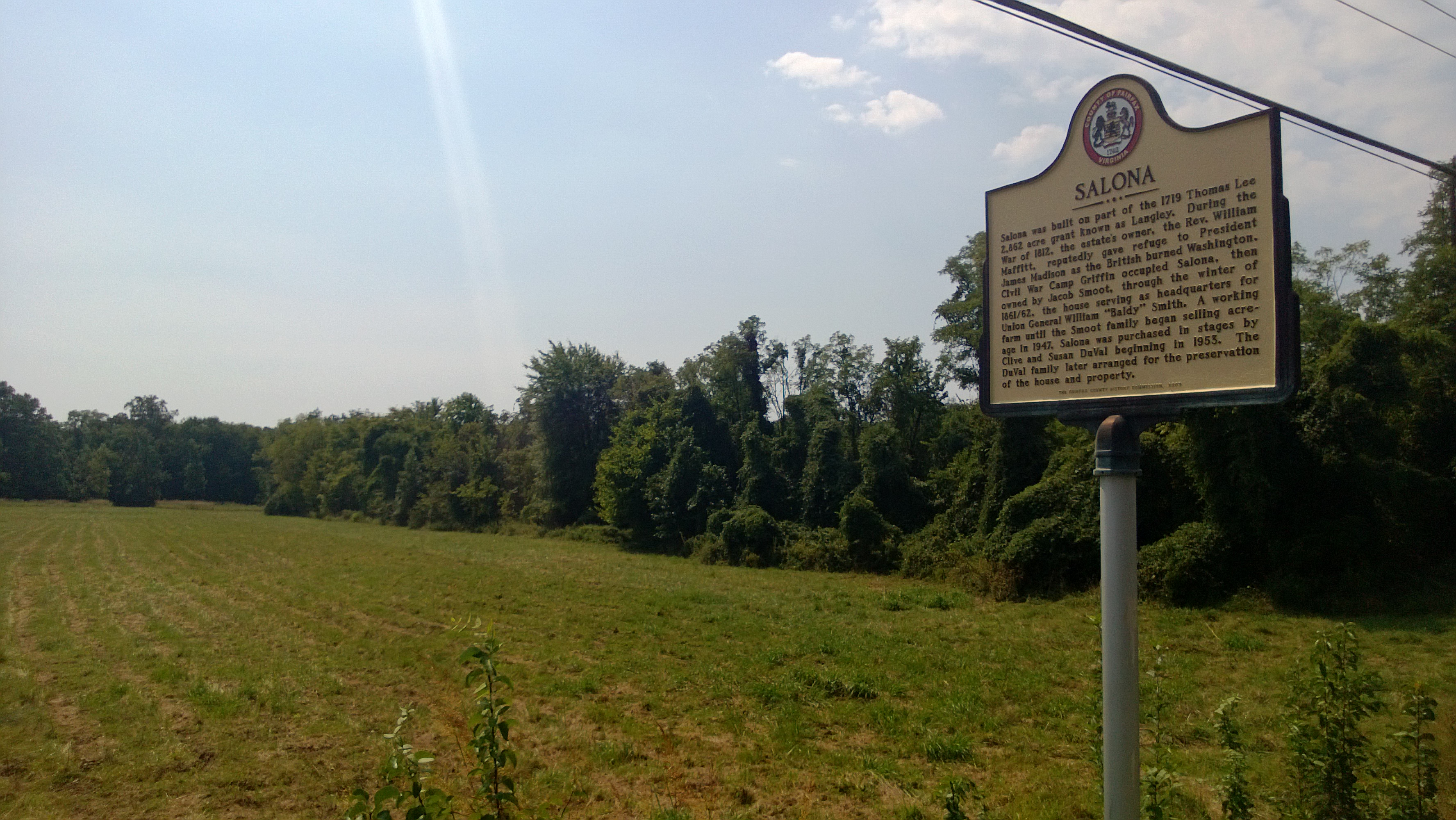 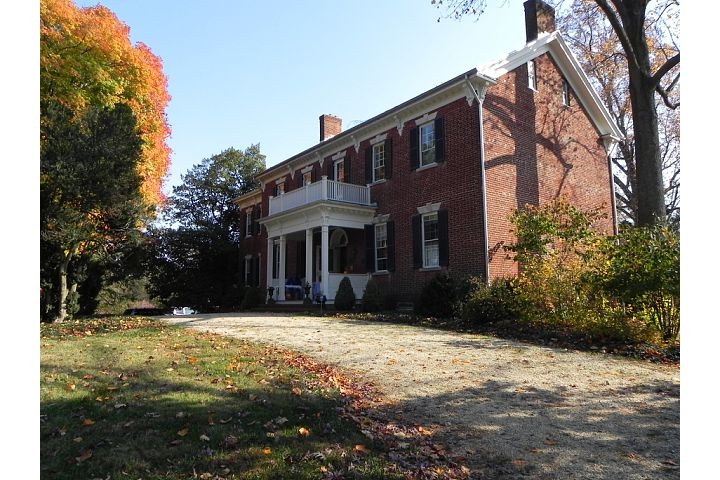 Thomas Lee (1690-1750) acquired over 2800 acres of land known as “Langley Tract” in 1719, and his descendants resided there for many years. One such owner was Revolutionary War leader Major-General Henry “Light Horse Harry” Lee III, who eventually served as the Virginia governor and a congressman and who was the father of Confederate general Robert E. Lee. The brick house at the Salona property was built between 1790 and 1810; a plaque placed in 1970 estimates the year as 1802. Rising two and a half stories, the house exhibits characteristics of the Federal and Georgian styles. During the August 1814 British bombardment of Washington, D. C. in the War of 1812, President James Madison and First Lady Dolley Madison sought refuge at this house from its then-resident, Rev. William Maffitt. They escaped separately, with President Madison staying a night at Salona and Mrs. Madison staying at nearby Rokeby before they reunited farther west.

Rev. Maffitt died in 1823, and Chapman Lee of Connecticut purchased Salona, later selling it to Elisha Sherman. James G. Smoot purchased 208 acres of the land from the Salona estate in 1845. The Union Army established a headquarters at Salona under General William “Baldy” Smith, calling it Camp Griffin, in the winter of 1861-1862. The Smoot family fled the property with their slaves. General George McLellan may also have used the camp. After the war, Smoot and his son William worked to restore the farm, seeking reimbursement from the U. S. government for damages to the property during the war. This reimbursement was denied when it became known that Smoot had signed the Ordinance of Secession in 1861.

In commemoration of the bicentennial of George Washington’s birthday in 1932, Salona opened for a public viewing. The Works Progress Administration (WPA) documented the house a few years later in 1936, with a report by H. C. McMullan and aerial photographs showing the late nineteenth-century agricultural buildings.

The Carper family leased Salone for pasture after World War II, and portions of the land were sold for residential development and to two churches. An antiques dealer and McLean Summer Theatre also occupied the building for some time, the latter leaving it in dilapidated condition. Clive and Susan DuVal bought the Salona house and its remaining 52 acres in stages from the heirs of Calder Gillian Smoot in the late 1940s and early 1950s. The DuVals maintained and made improvements to the property, such as moving the driveway from Dolley Madison Highway to Buchanan Road. Woodland began to take over the agricultural fields. The DuVals also added a tennis court to the property, and in 1971 placed a conservation easement on some of the property. Their heirs added another easement to protect an additional 41.5 acres in 2005.

Baumgarten, Ronald J.. Tenting Tonight on the Old Campground: Present-Day McLean During the Civil War, Part II , All Not So Quiet Along the Potomac: The Civil War in Northern Virginia & Beyond. June 29th 2010. Accessed December 2nd 2019. http://dclawyeronthecivilwar.blogspot.com/2010/06/tenting-tonight-on-old-campground.html.