In the early twentieth century, Coney Island was arguably New York's most popular source of entertainment, and carousels were one of its biggest attractions. Carousels were so popular that a number of carousel builders set up shop at Coney Island and a distinct, Coney Island style of carousel horse developed. At its heyday, Coney Island featured dozens of carousels, but the B&B Carousell is the only original carousel that is still operational. The carousel dates to 1906 and is listed on the National Register of Historic Places. 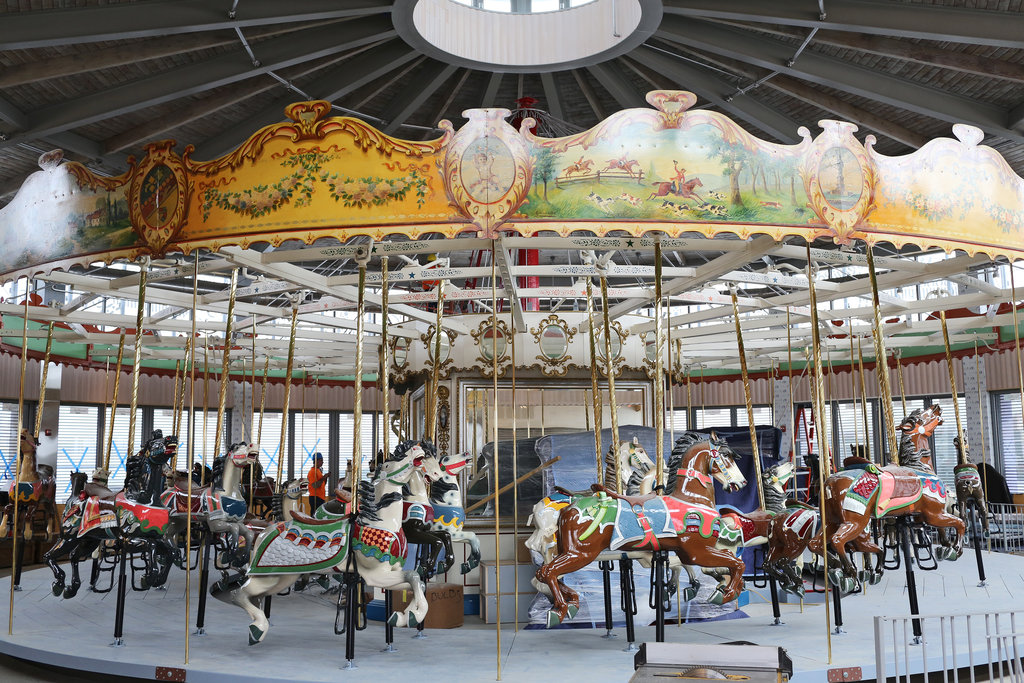 Detail of some of the horses 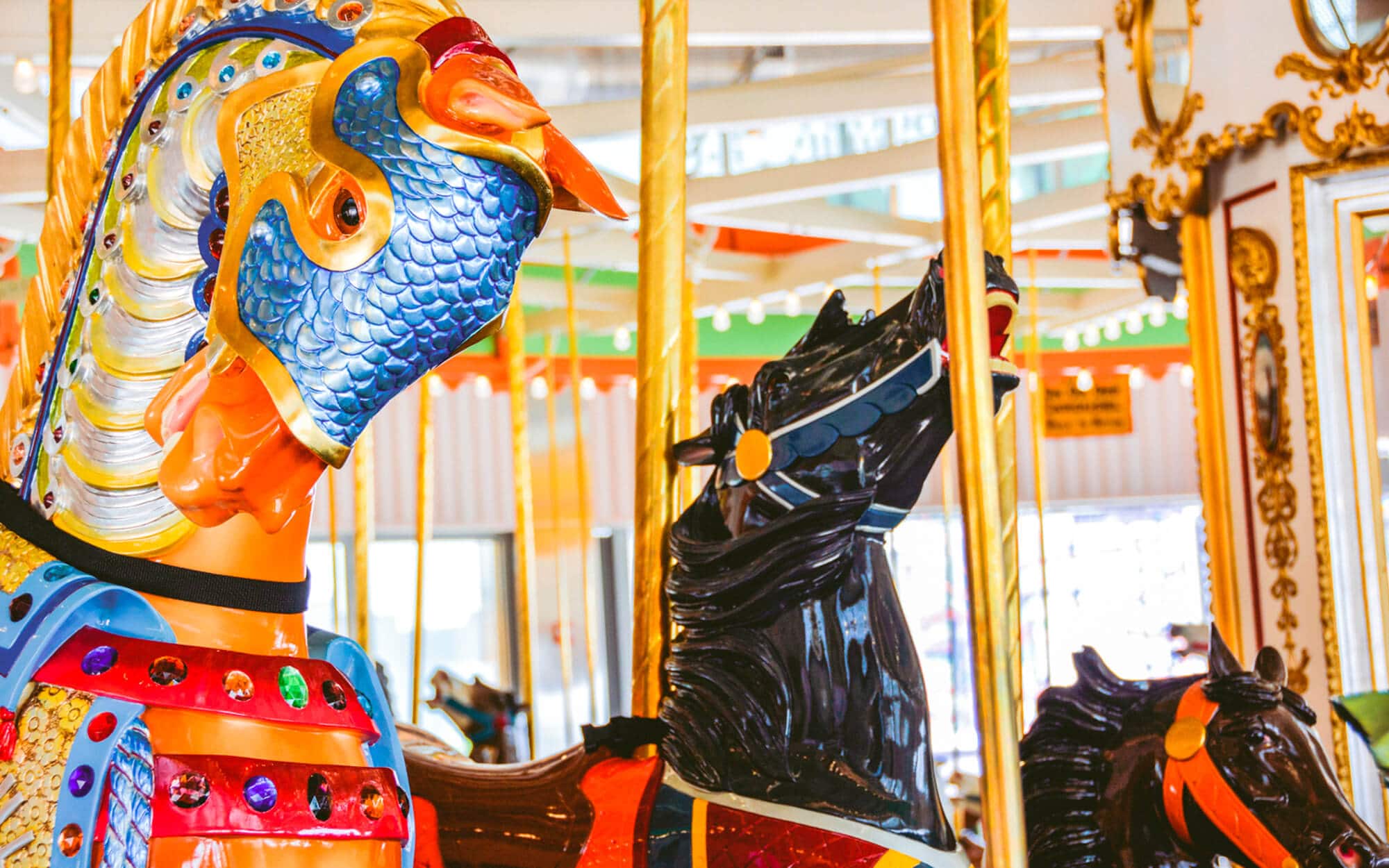 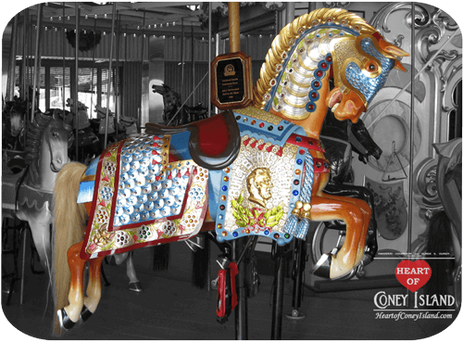 Though it functioned as a resort area for much of the nineteenth century, it was only in the late 1800s that Coney Island came to be associated with amusement parks. It was a perfect location for working-class New Yorkers--close enough to be accessible and affordable, but at enough of a remove from the city and its overcrowded neighborhoods to feel like an actual vacation. Its first enclosed amusement park, Sea Lion Park, opened in 1895, with Luna Park and Dreamland following within the next few years.

By the early 1900s, carousels were a major part of Coney Island's appeal. There were roughly two dozen carousels at Coney Island at the turn of the century, with Brooklyn supplying many of the carousels sent to amusement parks around the country. Coney Island carousel designers were known for their craftsmanship and a distinct Coney Island style of carousel horse was developed--a more elaborate, aggressive-looking horse, often featuring flamboyant colors and artistry.

The B&B Carousell (the misspelling is deliberate) dates to 1906 and was the work of three of Coney Island's most revered carousel craftsmen: William Mangels, Charles Carmel, and Marcus Illions. Mangels was known for his expertise in the mechanical aspects of carousels, having invented the mechanism that allowed horses to go up and down, while Carmel and Illions were respected as carvers of horses. All of the horses on the B&B were carved by Carmel in the 1920s with the exception of the lead horse. Every carousel has a lead horse, usually the most elaborate or fanciful of the animals, and in the case of the B&B, the lead horse is the "Lincoln Horse." Illions carved the Lincoln Horse in 1909, in honor of Abraham Lincoln's 100th birthday. He also carved his name into the body of the horse, a practice he reserved for horses that he considered his finest work.

By the early 2000s, the owners of the carousel planned to dismantle it and auction it off, horse by horse, but the City stepped in to save the landmark carousel. In 2008, the carousel was taken apart and carefully restored. The restoration involved removing twenty layers of paint from the horses and determining the original paint colors used. Though some preservationists wanted the Lincoln Horse set aside and not used by riders, but city officials decided it should be a working part of the carousel, as it was originally intended. There are other Lincoln carousel horses, but they are all in private collections and not a part of working carousels.

The B&B Carousell is the last original functioning carousel at Coney Island. It was added to the National Register of Historic Places in 2016.