The upper floor is a diverse area containing a public art gallery, a large collection of military antiques, a recreation of a 20th century schoolhouse, and a room of railroad dioramas and posters.

Originally an auditorium for plays and public presentations, today this room is home to myriad relics associated with Antigo's military history. From the Civil War to Desert Storm, there are many historical uniforms, weapons, posters, portraits, and other curios. The rear of the room, up on the stage, is primarily concerned with World War 2 and John Bradley, of Iwo Jima fame, one of Antigo's most well-known historical residents, while the rest of the room varies in time period and focus. 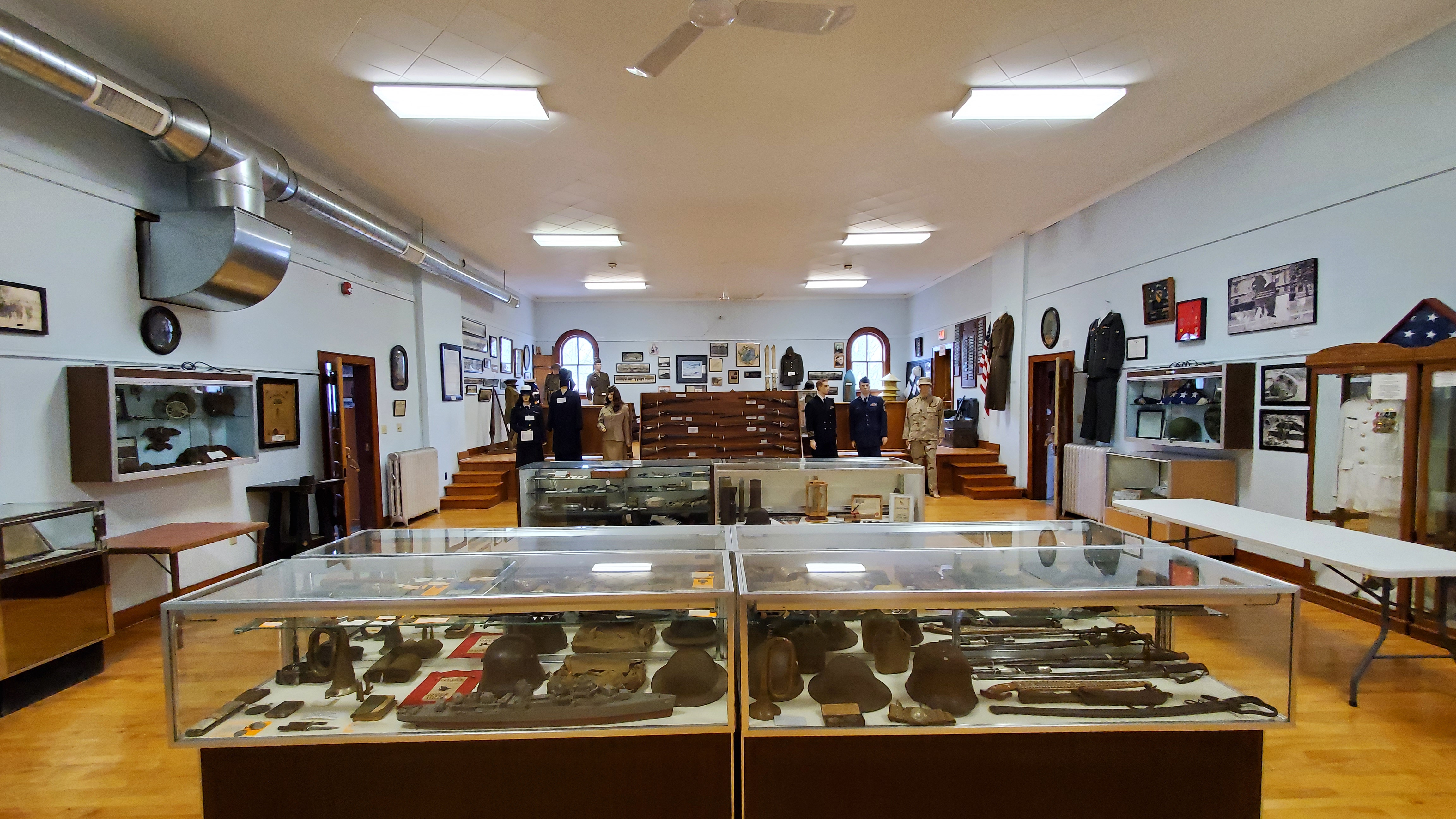 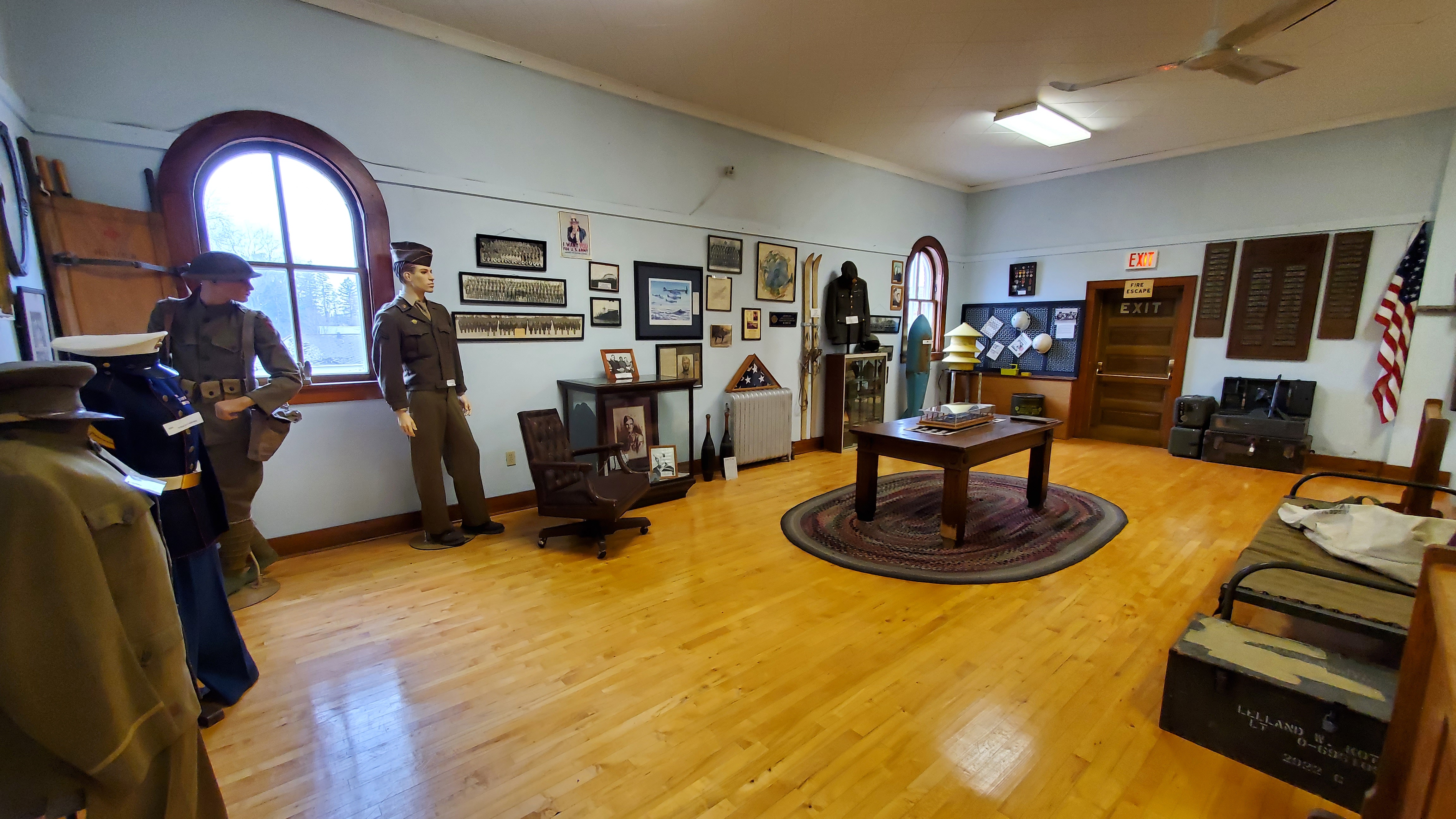 One of the most eye-catching features of this room, besides its size, are the various military uniforms from many different service branches and eras displayed prominently throughout. Various display cases feature a plethora of different objects, including cavalry sabers, combat helmets, service medals, scale-model warships, flags, patches, and equipment. A rack towards the back of the room sports a dozen antique firearms from several eras.

An area in the very rear of the room, atop the old stage, is dedicated to John Bradley, Antigo's most famous veteran and likely its most well-known historical figure as well. Bradley participated in the first flag raising on Iwo Jima in the Pacific Theater of World War 2 in 1945, and is the subject of the 2000 book Flags of Our Fathers, written by his son James Bradley, which was also adopted into a 2006 film directed by Clint Eastwood.