The Langlade County Historical Society is lucky enough to possess several incredibly preserved pieces of history, including the first log cabin built by a European colonizer in Langlade County, an early 20th century steam locomotive similar to those that passed through Antigo regularly in its heyday, and the museum building itself, which was built in 1905 as a public library and was turned into a museum in 1997.

Originally the home of Antigo's founder, Francis A. Deleglise, built in 1878, the Deleglise Cabin used to be located two blocks to the north of its current spot. In 1916, it was moved to the current location outside of the library (currently the museum). It was the first home of a European settler in what would eventually become Antigo, Wisconsin. 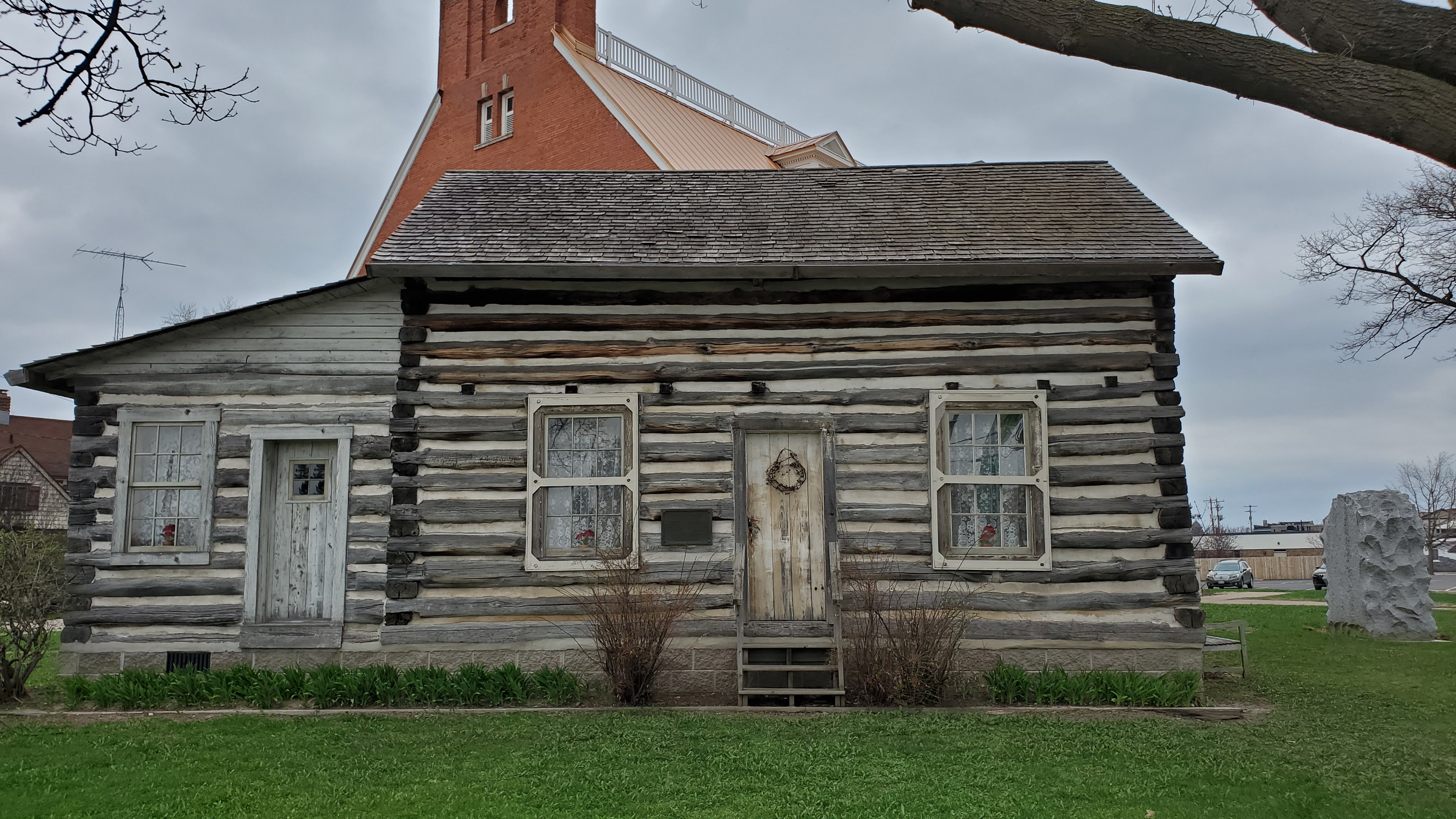 The Deleglise family, Antigo’s founding family, were devout Catholics. The first mass held in Antigo was in this cabin using the chest of drawers as an alter and a family heirloom crucifix. A priest, visiting from Phlox, came on horseback to conduct the service. 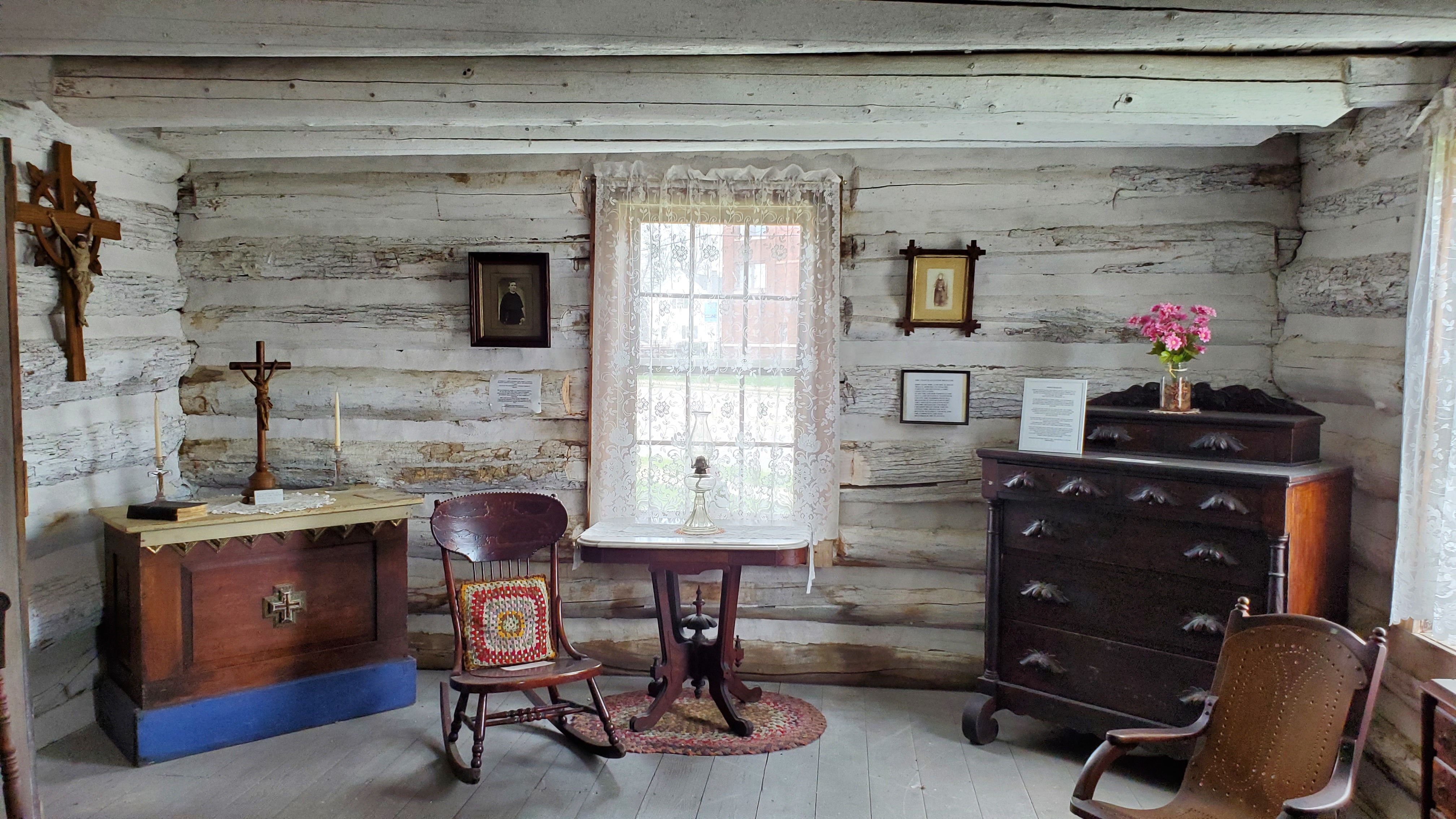 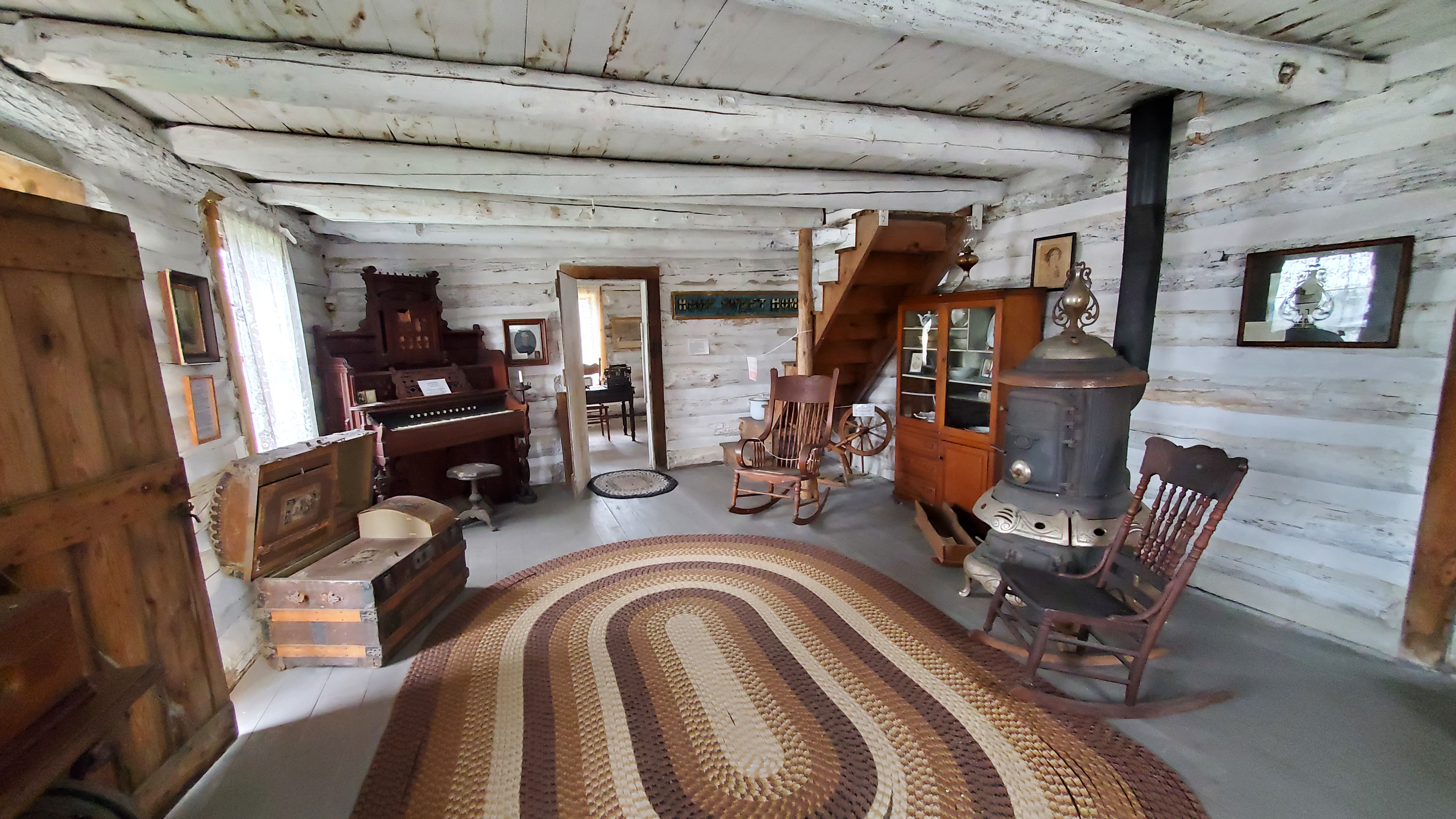 Francis Deleglise initially explored this area as a timber cruiser in the 1870s, assessing its potential for the timber industry. He purchased a large parcel of land and became a developer and realtor, promoting the region. He used this portion of the cabin as his office. 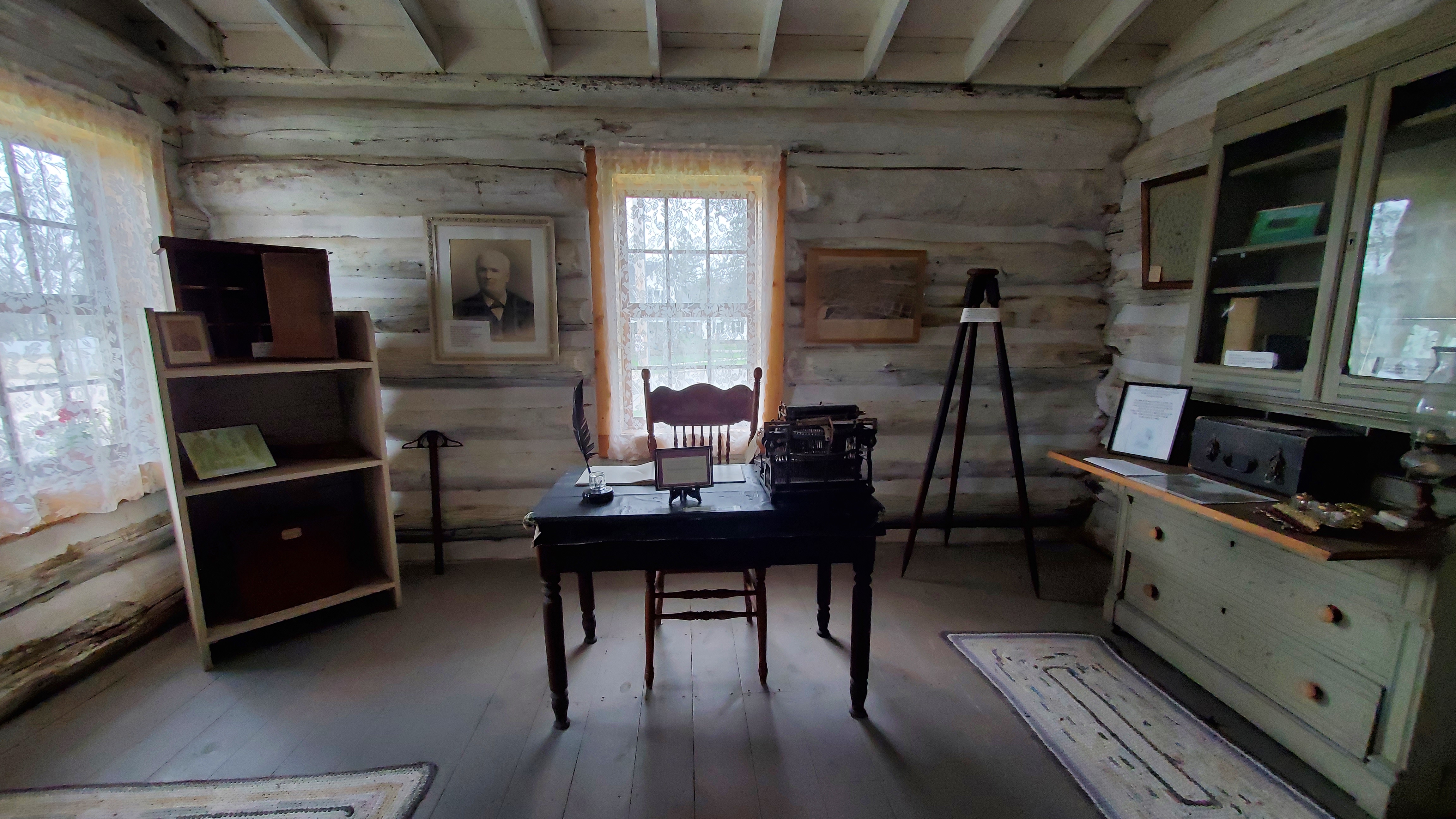 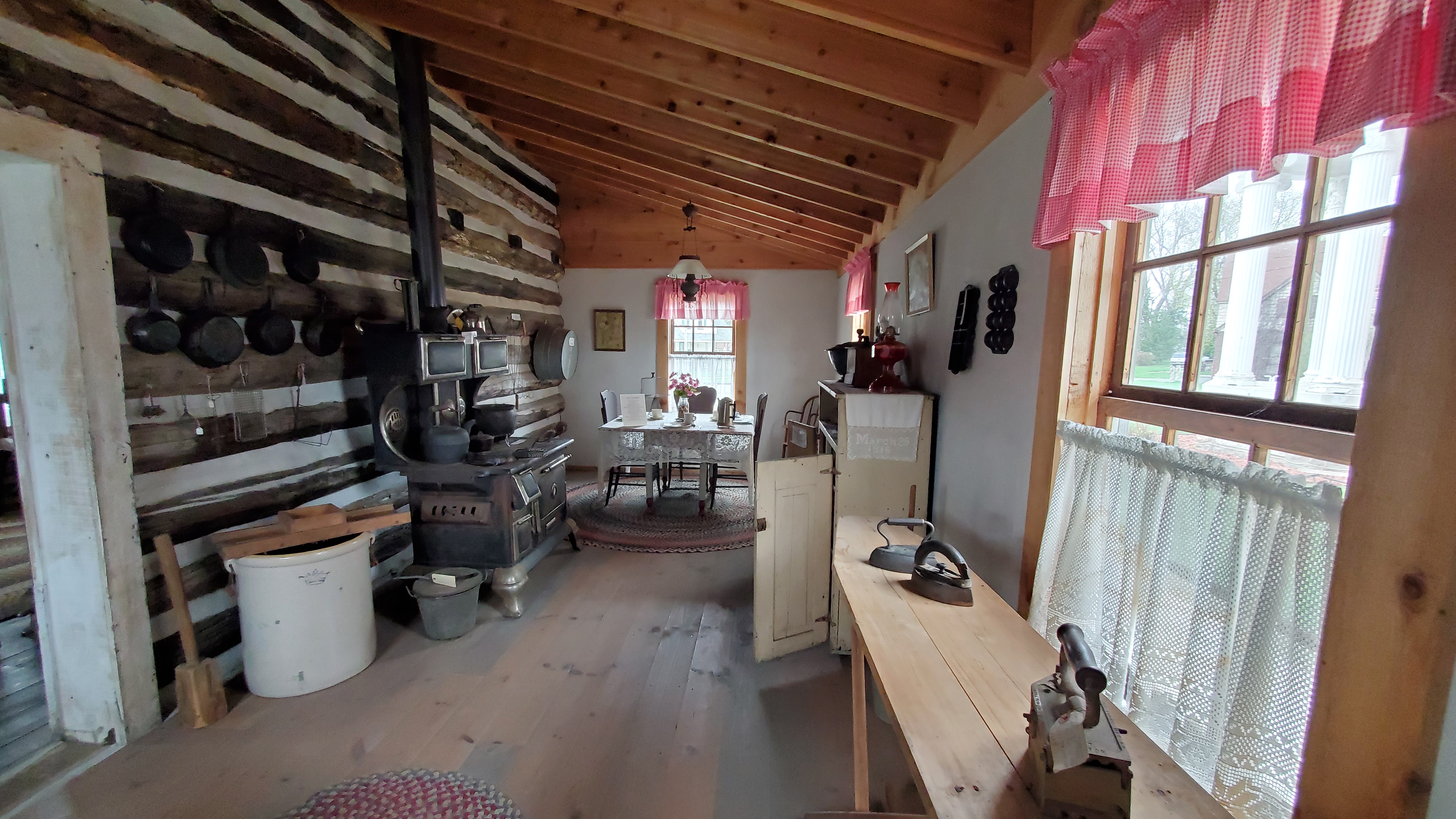 In 1929, on the 50th anniversary of the Deleglise family settling into its new cabin, a monument to Francis Deleglise was erected in a triangular lot across from the Carnegie Library. It was moved to the museum grounds in 2022. 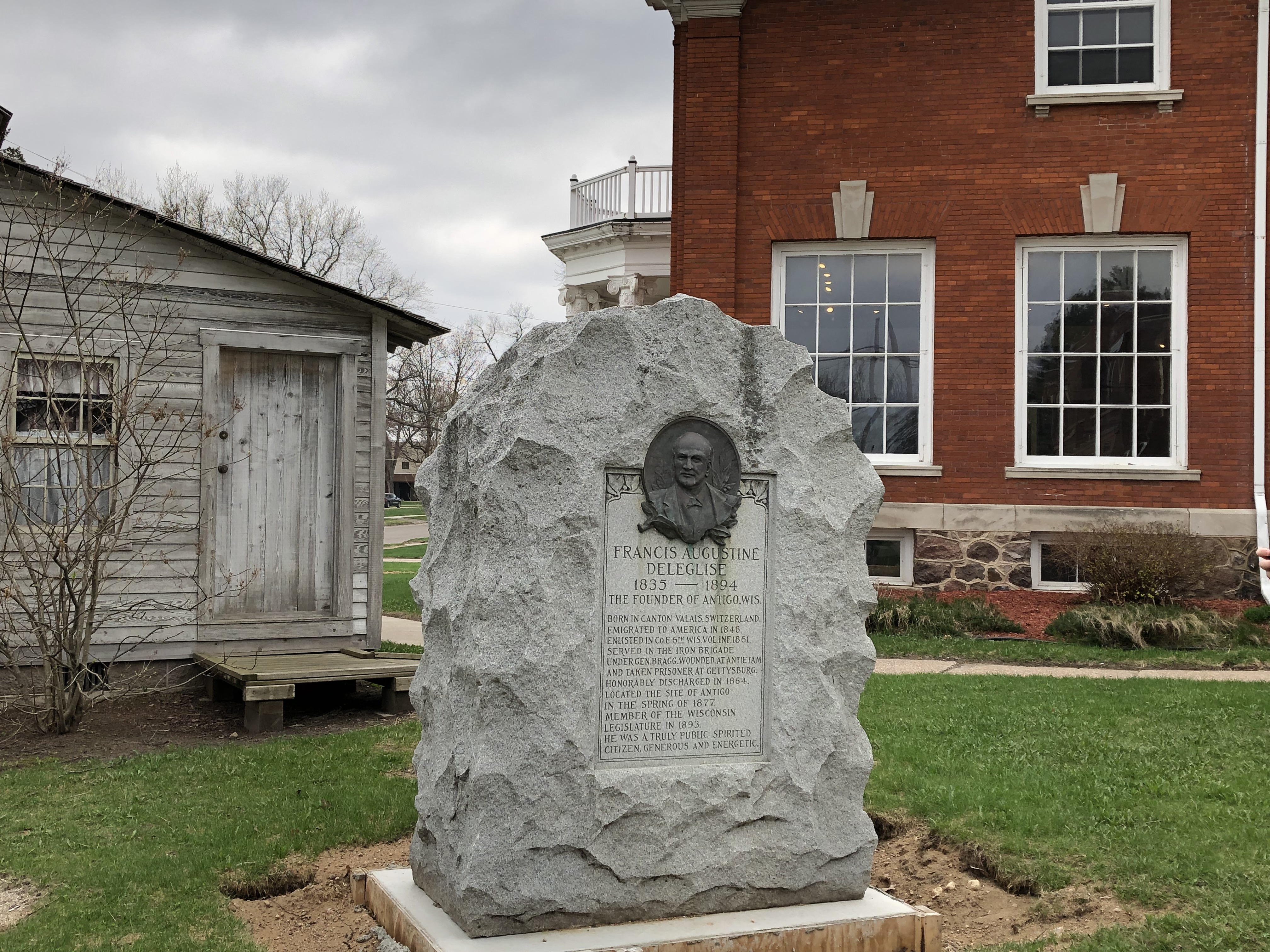 The cabin originally stood on the banks of Spring Brook, a few blocks to the north of its current location. By 1916 the cabin was hindering downtown development. Rather than demolish it, city officials decided to move it to the grounds of the Carnegie Library (now the museum). Staff at the Wisconsin Historical Society think this may be the first example in Wisconsin of a community making an effort to preserve its history. 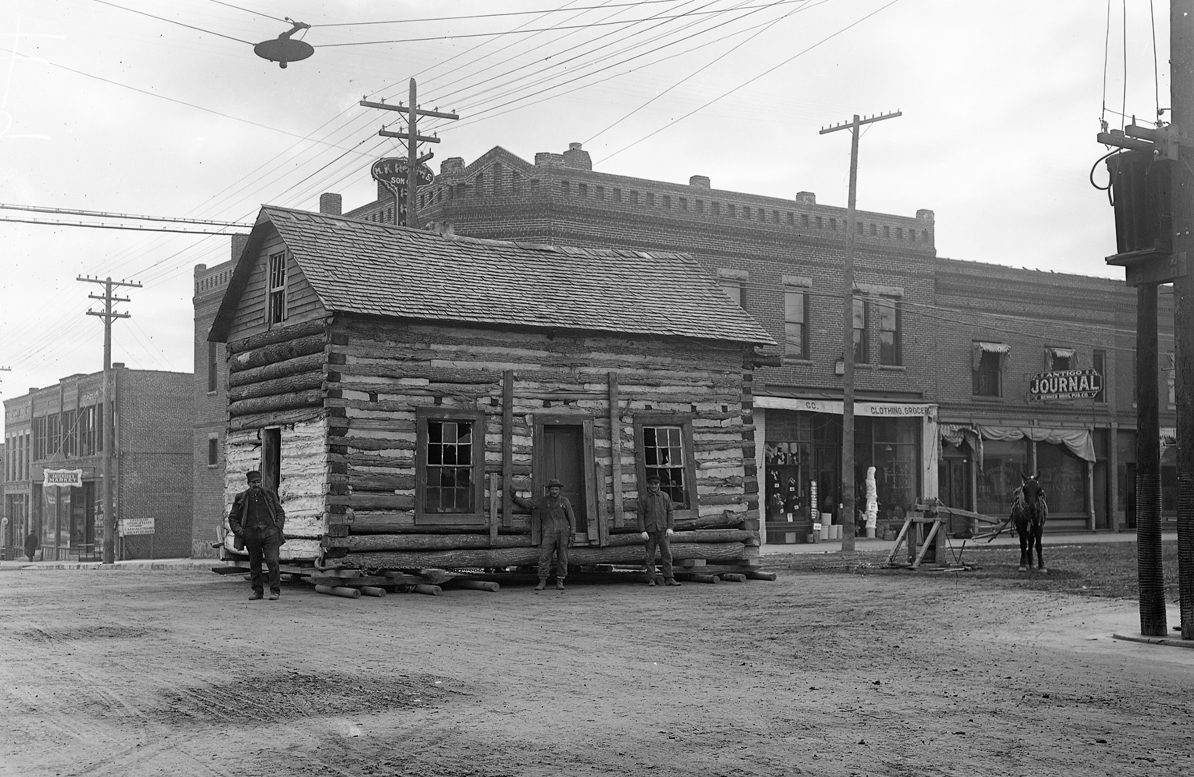 The cabin, built by Antigo's founder Francis Deleglise and his associates in 1878, serves as an excellent model of building typology in northern Wisconsin during the period of its settlement. During the time of early Wisconsin settlement, the Native Americans in the area were generally friendly and relations between the indigenous and settler populations were peaceful. Settlers traded with the natives and often married them.

The early homes of upper Wisconsin follow a common pattern: log structures with minimum openings, lean-to additions, and wood shake or scooped roofs. They were built as the most efficient means of providing shelter in an area where wood resources were prevalent. When Francis Deleglise arrived in what would become Antigo, he built a crude shack without any windows—a simple shelter for himself while he surveyed the area. This house stood near what later became north Superior Street (Highway 45), now Antigo’s major roadway.

In 1879 the scooped roof was removed, the walls raised several tiers, and a new gable roof was erected. A 10-foot by 16-foot log addition with a shed roof was then built on the left end as an office for Deleglise. It had its own door facing the street. A new staircase replaced the original ladder which provided access to the upper attic space, and the windows and hardware were brought from Wausau. A few years later a 10-foot by 24-foot frame wing was added at the rear of the building to serve as a kitchen and dining area and main bedroom. Set near a beautiful spring, the river provided cool, fresh drinking water. It is interesting that this home was never remodeled as often happened with others of its type.

The Deleglise family built a second home in 1886, several blocks to the south, and the cabin was used for other purposes. The original cabin was vacant at the time it was moved to the library grounds in 1916 to be refurbished. The cabin remains as a strong reminder of Antigo’s past. Its highly visible location at the Historical Museum’s site makes it a draw for visitors and residents alike.

Julie Blazek and Joe Hermolin, The Deleglise Cabin: The Origins of Antigo.