Hotspur Stadium finished construction and opened in 2019. It became the new home of the Tottenham Hotspurs, a football team that is part of the English Premier League. The original stadium was demolished, beginning in 2016, to make way for the new state of the art football stadium. While the stadium was being constructed the team played at Wembley Stadium. The new stadium officially opened in April, 2019 and has become the home of Tottenham football once again. 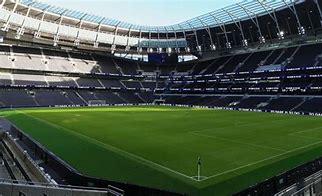 Outside the new stadium 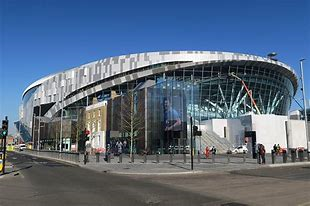 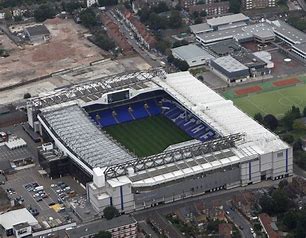 The Tottenham Hotspurs began playing at White Hart Lane in 1899. When the team first moved there, the area was a disused nursery. The first event that took place at the grounds was a military tournament in 1899. About 5,000 people showed up for the event to see the new grounds and to watch the players participate in a couple different athletic events. The first football match was a trial game on August 22nd. The original total capacity was 32,000 people. However, the terms of the lease the club had signed, restricted how many people the stadium was allowed to hold. In 1905, the club found a way to bring up the capacity to 40,000 seats. Four years later in 1909, the capacity increased again to 50,000.

White Hart Lane continued to go through numerous renovations throughout the years. In 1994, one area of stands were completely demolished and seats were installed on the upper level of the East Stand. A year later, the South Stands were rebuilt, including the Jumbotron. In the summer of 1996, new executive lounges and restaurants were built in the South Stand interior on several levels. Two years later, the North Stand opened which brought the capacity up to 36,310.

In 2016, the north-east corner was demolished, which reduced the capacity by about 400 seats. The Spurs officially left White Hart Lane in 2017 due to White Hart Lane being demolished to make room for a new stadium. The Spurs played at Wembley Stadium while they waited for their stadium to finish reconstruction. The Tottenham Hotspur Stadium officially opened in 2019 and the team moved back for their 2019 season. The new stadium's capacity is over 62,000 with the South Stands holding 17,500 seats on its own. The stadium was built for soccer as well as American football. It has England's first retractable pitch that makes way for a football field that will always be in perfect condition. The stadium was also built with a micro-brewery, new lounges, restaurants, and other experiences that will allow the stadium to be open all year round. The stadium also features the chance to be able to climb up the outside up to 130 feet in the air and then abseil back down.